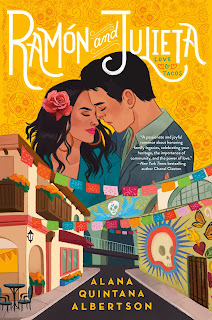 Ramón Montez always achieves his goals. Whether that means collecting Ivy League degrees or growing his father’s fast-food empire, nothing sets Ramón off course. So when the sexy señorita who kissed him on the Day of the Dead runs off into the night with his heart, he determines to do whatever it takes to find her again.  Celebrity chef Julieta Campos has sacrificed everything to save her sea-to-table taqueria from closing. To her horror, she discovers that her new landlord is none other than the magnetic mariachi she hooked up with on Dia de los Muertos. Even worse, it was his father who stole her mother’s taco recipe decades ago. Julieta has no choice but to work with Ramón, the man who destroyed her life’s work—and the one man who tempts and inspires her.  As San Diego’s outraged community protests against the Taco King takeover and the divide between their families grows, Ramón and Julieta struggle to balance the rising tensions. But Ramón knows that true love is priceless and despite all of his successes, this is the one battle he refuses to lose.
PJ's Thoughts:
Albertson pays homage to her Mexican-American heritage in this immersive novel that kept me reading way past my bedtime. Inspired by Shakespeare's Romeo and Juliet - but with a happy ending this time around - she explores themes of class, cultural representation, familial pressures. and gentrification in modern-day San Diego. Her experiences bring an authenticity to both the setting as well as the characters. In many ways, this book is a love letter to San Diego's  Barrio Logan, celebrating its rich, colorful history without discounting the challenges the residents, and their community, face.
I loved the traditions, music, culture, and food (word of advice: do not read this book on an empty stomach) spotlighted in the novel. The characters convey the deep appreciation Chicanos hold for their heritage while also acknowledging the separation within the communities that arise between the "locals" (Julieta) and those viewed as "sellouts" (Ramón), the ones who have left the ethnic communities behind to seek greener pastures in rich enclaves and country club communities. It's an additional layer of complication that Ramón and Julieta must overcome to achieve their happily ever after and one that causes significant introspection for Ramón.
Ramón and Julieta are both relatable, likeable characters with layers that made them - and their journey - interesting. I had no trouble connecting with them, loved their chemistry, and cheered them on in the face of the parental and community opposition they faced. I hope Albertson will continue to follow the progression of their relationship in the next two books, which I'm hoping will star Ramón's brothers. They each showed intriguing layers in the second half of this book that have me eager to read their stories. And if there's more food, music, and cultural richness in their books too, all the better.
Posted by pjpuppymom at 6:00 AM