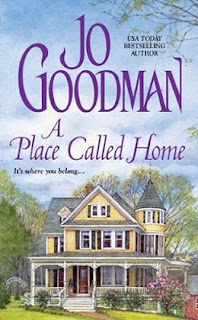 Gabe and Kathy Reasoner are killed in an automobile accident, leaving their three children, eleven-year-old Emilie and her five-year-old twin brothers Case and Grant, to the joint guardianship of Thea Wyndham and Mitchell Baker. Neither is prepared to become an instant parent. Thea, an advertising executive who works long hours, is engaged to a wealthy man three decades her senior. He has adult children and grandchildren and no interest in being a father again. Mitch, a political cartoonist whose girlfriend is a decade younger than he, just isn’t ready to settle down. Regardless of their reservations, the children must be cared for.


Since Mitch works from home, lives in the same community that the children lived in with their parents, and has a strong support system that includes his parents, who already look upon the Reasoner children as surrogate grandchildren, and because Thea insists she cannot take them, the children live with Mitch. Thea plans to contribute financially and visit occasionally. Mitch makes clear her monetary support is unnecessary and unwanted, and Emilie, Case, and Grant soon capture her heart so completely that occasional becomes frequent.

As Mitch and Thea begin to work together to care for the children who love and need them both, the attraction that has simmered in the face of their denial for ten years becomes more powerful. At the same time, the two are growing to know each other and to like and respect what they learn. Mitch is a born nurturer, and Thea, despite her fear that she cannot be an adequate parent, interacts with Emilie and the twins with patience and understanding. Soon Thea has broken her engagement, and Mitch and his girlfriend agree to go their separate ways. But Thea’s past and the secrets she holds close may prove an insurmountable barrier to a happily ever after.

The complex characters, compelling storytelling, and emotional power that readers have praised in Goodman’s historical romances are much in evidence in her debut work in contemporary romance. Mitch is a wonderful hero—a sexy beta with a sense of humor, a deep fund of tenderness, and just enough guy edges to keep him real. I fell in love with him almost immediately. I was slower to warm up to Thea. She is reserved and controlled. The reasons for her uncertainties are revealed gradually, and so the sympathy that her story would elicit is delayed. She joins the list of Goodman’s tortured heroines, and her tortured past that impacts her present is disturbingly indicative of real life.

I loved watching the relationship develop between the two of them, and I especially loved that Goodman took what might have become a Big Misunderstanding that left me wanting to delete a chunk of the story and turned it into an opportunity for insight and provocation for the Declaration. That moment is balanced later by a sigh-worthy proposal scene. I also applaud Goodman for not treating Thea’s problems simplistically.

Emilie, Case, and Grant and their relationships to Thea and Mitch are as important as the H/H relationship in this novel. These children are not cardboard figures but believable kids who behave in age-appropriate ways in their reactions to their parents’ deaths and their interactions with one another. Goodman uses scenes with the children to reveal truths about her protagonists as well. The love scenes are wonderfully crafted with plenty of heat, vulnerability, and some delightful flashes of humor, but as terrific as these scenes are, many of my favorite scenes were those involving the children. In one scene Thea proves groundless her fears that she can’t be what the children need. A typical sibling exchange results in a moment that reminds Emilie and the twins that their parents are gone forever. Emilie rushes for the sanctuary of her room, and Thea follows her.

“Oh my, Em. You are wise to the ways of the world.” Thea’s hand touched Emilie’s hair, smoothing the heavy lock that came just under her chin. “I suppose it is a little bit like a bribe. Here’s another one.” She raised the tin of bandages. “Grant was bringing these up to you. I told him your heart was hurting. He thought one or all these would help.”

When Emilie closed her eyes this time tears were squeezed out of the corners. She immediately buried her face again. “Boys are so stupid.”

Thea’s voice was gentle. “Sometimes they are. Just like girls can be stupid. But I thought this was sweet. He’s only five, Emilie, but he knows he doesn’t want his sister hurting.” She rubbed Emilie’s back. “You and I know it doesn’t change anything, but Grant’s offer is genuine. Won’t you take one?”

Thea opened the tin and began looking through it. “Here’s Wonder Woman. Do you want that one?”

“You know who she is, don’t you?” There was a small negative shake this time. Thea’s response was something between a choked laugh and a sigh as she realized the truth. “These are Mitch’s.” At Emilie’s nod, Thea simply shook her head. “Boys are stupid.”

Giggling, Emilie turned on her back, her smile a trifle watery. She took the bandage that Thea was dangling over her head and peeled back the paper.

Thea reached for the pink tissue box on Emilie’s nightstand. “You’re going to wear it?”

“Right here.” She pointed to her forearm which was covered by the long sleeve of her pink tee. “Isn’t that right? Don’t some people wear their heart on their sleeve?”

Thea used the first tissue out of the box for her own damp eyes.

I did find the plot point involving two secondary characters a bit too neat and convenient, but that’s a very minor quibble in a book that is a definite winner. If you are a Jo Goodman fan, I feel confident that you’ll like this book. If you’ve never read Goodman, what are you waiting for? You’re missing out on one of the best writers in the business. I’d mourn if Goodman forsook historicals, but A Place Called Home has me hoping that she will write more contemporaries as well.