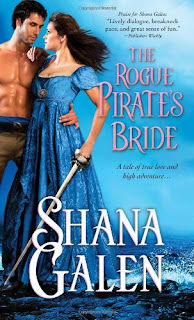 In the end, he supposed it was he who learned a lesson, not to judge by appearances. An annoying boy could turn out to be a beautiful woman – a beautiful woman intent on killing him. And what was he going to do about that?


Raeven Russell is a woman on a mission. She is hell bend on confronting the man who killed her fiancé during a battle on the seas. Raeven is the only child of a British Admiral and since her mother’s death just days after Raeven’s birth, Raeven’s lifestyle has revolved around the ship and the sea. While most little girls are taught sewing and etiquette skills, Raeven’s skill set includes sword fighting, military strategic maneuvers and management of a crew. She is not your average English rose.

Rumors have swirled around Captain Bastien Cutlass for years. Some say he is a pirate. Others say he a disposed aristocrat who lost his family in the French Revolution. But Raeven calls him a murderer. A perfect opportunity for confrontation arises when both are in the same port. So Raeven disguises herself as a sailor and tracks Bastien down in a seaside tavern. While conducting business, Bastien is shocked when a boy pulls a blade and informs Bastien that he is there to kill Bastien. Seeing the boy as merely a child, Bastien doesn’t take the bait and instead tries to calm the situation. This only inflames Raeven and she directly challenges Bastien to a sword match only to find out that her skills, though impressive for a woman, are not on the level of this man. As Bastien takes Raeven’s sword as the prize for the challenge, Raeven’s hat falls off and he discovers he has just battled with a beautiful woman. Bastien is not sure what he is going to do with this woman, but one thing he does know … whatever he decides to do, it is going to happen on his ship.

I-I’m not going to take off my clothes.”

Since she didn’t appear likely to take it, he set her wine on the desk. “No? Then why are you here? And don’t tell me it’s simply to retrieve your sword.”

She clamped her mouth closed.

“You could have had another sword made.”

She cocked her head to the side. “Why do you think I’m here then?”

He shrugged, drank some wine. “Me.” He looked pointedly at the large berth.

She laughed. “Oh, really? You have a rather high opinion of yourself.”

He sat down behind the desk, lifted his glass to examine the red wine in the candlelight. “You went to a lot of trouble to see me again. Perhaps my arrogance isn’t entirely misplaced.”

As Raeven and Bastien are forced to spend more time together on the seas, similarities come to light. Bastien learns that Raeven lost her mother at a very early age and understands the lost of family. Raeven discovers that just like her, Bastien is looking for the captain of a ship who killed his mentor several years ago. She also discovers Bastien lost his family during the terror of the French Revolution. While Raeven has always had a physical reaction to Bastien, these discoveries begin to soften her heart towards him. As the layers of their lives are slowly revealed and the truth surrounding Raeven’s fiance’s death is brought to the surface, emotions of love begin to ripple through their relationship. But when happily ever after is close at hand, the opportunity for revenge finally appears and shocking family secrets are revealed. This could change everything. Will Bastien and Raeven choose revenge or each other?

I truly enjoyed reading this book. Both Bastien and Raeven are very strong, independent characters, but are so very likable. I was immediately cheering them on. I love that Raeven stands up for everything she believes in and is not afraid to tell Bastien exactly what she thinks. The chemistry between the two is smokin’ hot, but as always, the emotion connection is what gets me every time and that is what had me turning the pages as fast as I could.

If you are looking for a book that is not your normal English historical romance, then this is the book for you. Ms. Galen takes you on a whirlwind adventure on the high seas and exotic locales. Filled with humor, betrayal, intrigue, revenge and definite chemistry, this novel is one to be enjoyed by all.

This novel is the 3rd book in The Sons of the Revolution series. While I thoroughly enjoyed reading this book as a stand alone, I would recommend reading the series. I’m already tracking down copies of The Making of a Duchess and The Making of a Gentleman and I can't wait to read them.