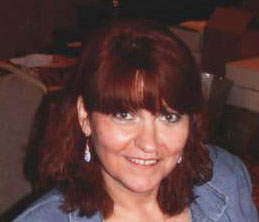 It's my pleasure to welcome USA Today bestselling historical author Donna Fletcher back to the Romance Dish! Donna has been lucky enough to visit many of the places she writes about in her books. From her website: "She has walked the fields were battles were fought centuries ago, toured haunted castles, stood where beheading were commonplace, explored the mystic mounds of long ago and collected a plethora of memories and research that will live long in her heart and mind." Doesn't that sound amazing? I'm so jealous. *g* Her newest book, A Warrior's Promise, hits shelves tomorrow, April 24th! It's the third book in her popular Warrior King series. Please welcome Donna as she dishs about one of our favorite topics--heroines!


It’s great to be back at The Romance Dish.Thanks, ladies, for having me.


Some hero and heroines are unforgettable. You just don’t want their story to end. Naturally, all my heroines have lingered in my memory, each having been unique in their own way. Though I have to admit that I had great fun writing about heroines I posed as lads. The very first book I wrote, San Francisco Surrender, the heroine Victoria/Vic posed as a lad who takes to robbing wealthy men in an unconventional way to help her ill sister. Irish Hope was the next book where Hope/Harold wanted an adventure before she was to enter into an arranged marriage and she comes across more than she counted on. And now there’s Charlotte/Charles in A Warrior’s Promise, the third book in my Warrior King series. She’s desperate to save her father who has been taken by soldiers at the king’s command. Feisty, tenacious and petite she manages to get herself into endless situations.

Here’s a peek at Charlotte and the mighty Highlander warrior she drives crazy with her brave antics and along the way steals his heart. 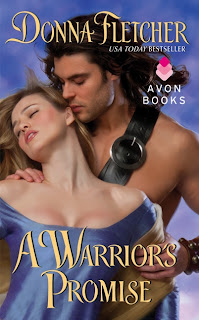 Charles ran like the devil was after him. His worn boots pounded the dirt, leaving a wake of dust in his trail. He couldn’t let the soldiers get him. He couldn’t His dark eyes darted in panic, desperate to find an avenue of escape. At the last minute he spotted it: big, broad and solid. Surely, he could take shelter beneath it. With all the strength he had left, he dove for the solid mass sliding along the ground and coming to rest on his belly between the two limbs that stood rooted to the earth. Then he hurriedly wrapped his arms around one thick leg and held on for dear life.

A quick tilt of his head had his eyes settling beneath the Highlander’s plaid, and he gulped. Good lord, he was a big one, which meant he was strong and could protect, and the lad needed protecting.

“Please. Please, help me,” he begged, peering past the plaid to the giant Highlander, who stared down at him with a look of bewilderment.

“Hand him over,” one of the three soldiers ordered, while almost colliding as they came to an abrupt halt.

The urchin hid a smile, relieved at their reluctance to approach the large man. “And what will you do with him?” The urchin liked the sound of the Highlander’s voice; it confronted and dared all in one breathe. He was not a man to argue with, but one to fear and respect.

“That doesn’t concern you,” the soldier said with trembling bravado.

“Why wouldn’t it?” the Highlander demanded sharply.

“He stole from this woman and must pay the price,” another soldier spoke up, not daring to step from behind the soldier in front.

“What will you take for him?” the Highlander asked.

The woman stared down at the urchin. “He’s worth a good amount.”

The Highlander lurched forward, causing the soldiers and woman to retreat in haste and huddle closer together. While the urchin, having no intention of letting go of the intimidating Highlander’s leg, was dragged along with every step he took.

“Don’t think me a fool, madam,” the Highlander snarled. “He’s a skinny lad not fit for most chores. He isn’t worth a pittance.” And with that said, he tossed a meager trinket at her feet. “Take it and be satisfied.”

The one soldier was quick to pick it up and hand it to the woman. She took it and, with a snort and toss of her head, stomped away.

Charles heard the tight anger in his tone and as the soldiers turned and walked away, he grinned. That is until the Highlander’s large hand reached down, grabbed him by the back of his shirt, and lifted him clear off the ground to dangle in front of his face.

What type of heroine is your favorite? Leave a comment and take a chance to win a $10 Amazon gift card. And when you have time visit me at http://www.donnafletcher.com/
Posted by Andrea at 12:30 AM