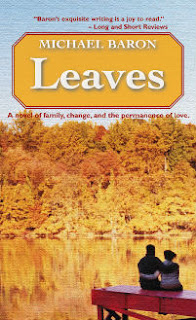 For the citizens of Oldham, Connecticut, a small town in the Connecticut River Valley, the Sugar Maple Inn means tradition and celebration. For more than thirty years, the Golds have operated the inn, welcoming the tourists who invade the town every fall to see the glorious display of autumn leaves that is the town’s claim to fame and hosting an elaborate Halloween party for the residents from babes in arms to senior citizens. For the five Gold siblings, Maria, Maxwell, Deborah, Corinna, and Tyler, the inn has also been home, the place in which their richest memories are rooted, the site where family ties were woven—and stretched thin.

Maria, 40, is adjusting to an empty nest as her only child begins her freshman year at Brown. Her husband Doug is in marketing, still excited about his work and about the freedom of their life as a couple, but Maria feels lost without her role as a mother to define her. She must rediscover who she is.

Maxwell, 38, is president of the Oldham Chamber of Commerce and considering a run for mayor. He loves his wife Annie and his two-year-old son Joey, but he doesn’t know that his wife is deeply unsatisfied with their life.

Deborah, 36, has known since she was fourteen that she wanted to become the chef of Sugar Maple Inn. With the inn being sold, she’s losing her job. Her success ensures that she has no shortage of job offers, but nothing feels right—nothing but the new man she just met, a fellow foodie who may have the answers she needs.

Corinna, 33, is a control freak married to Gardner, a workaholic lawyer with a sixteen-year-old son, whose normal adolescent angst is magnified by the death of his mother. Head of the Oldham Visitors Bureau for six years, Corinna feels as if she is disconnecting with everyone in her life.

Tyler, 30, is a photographer whose career hits a lull at the same time a long-term relationship conclusively ends. New opportunities seem to be moving him in new directions, literally and metaphorically.

With the deaths of Joseph Gold, four years earlier, and Bethany Gold, the previous summer, the time has come to sell the inn, but before the sale is finalized, the Gold siblings will host a final Halloween party to commemorate the place their parents created and to bid farewell to the Gold family’s role as hosts of the inn. The novel covers the month leading up to the Halloween party, much of it linked to the preparations for the big event, and it culminates with the party itself. Deborah, the middle sibling, poses a question: “What if now that my father and mother are gone—and soon the inn will be as well—we don’t have any reason to stay connected?”  Her question is thematic, and Baron provides the answer in a dozen moments of magical realism that connect the past and present.

Each of the siblings will end the month changed in significant ways, but even as the days pass and their time as the Golds of Sugar Maple Inn draws to a close, they discover that the changing seasons of the calendar and of life leave untouched the things the heart holds close.

Spinning was the first book I read by Michael Baron. I enjoyed it, and I particularly appreciated Baron’s ability to create engaging characters. His gift for characterization is the greatest strength of this book as well. The Golds are ordinary people with ordinary problems, but Baron makes the reader care about the characters and see the extraordinariness in each of them. Leaves is not a romance, but it is a good story and one with strong romantic elements that should appeal to many romance readers.

Leaves is the first book in a series. It struck me as similar to the first season of a television series. The characters are all introduced. Their background is established and the interconnections among them revealed, and their stories are begun. The first season ends with the audience having chosen characters to cheer and to boo, eager to know what happens next in the lives of these people. There’s even a cliffhanger ending.

I confess I’m hooked and can’t wait for season two. I want to know what happens with Maria’s music, with Tyler’s move, with Deborah’s love affair. I want to see Annie, Maxwell’s wife, who frankly struck me as a whining, selfish bitch, realize what she stands to lose. And then there’s the cliffhanger.