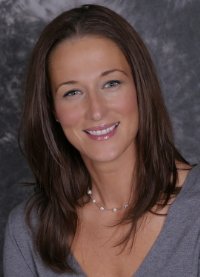 It's my pleasure to welcome Jessica Scott to the Romance Dish today.  I was first introduced to Jessica a few years back at various romance internet sites where we both posted - at the time, she was on active duty in Iraq - and I've followed her writing, and military, journey since then.  She's a career army officer, mother of two daughters, three cats, three dogs and two escape artist hamsters, wife to a career NCO and wrangler of all things stuffed and fluffy.  She has commanded two companies, served in Germany, Korea, Fort Hood and Iraq.  She says she's a terrible cook and an even worse housekeeper but she's a pretty good shot with her assigned weapon.  Her children are pretty well adjusted and her husband still loves her, despite burned water and a messy house.  Her debut novel, Because of You was released last November and October brings another new book, Until There Was You.  You can find Jessica on the internet at her website, blog, Facebook, Twitter and Goodreads.  Sign up for her newsletter here.

Welcome, Jessica!  Congratulations on the upcoming release of UNTIL THERE WAS YOU.  Please tell our readers what they can expect from this book.

Evan & Claire are an opposites attract storyline. They battle so often and so much when they actually start getting along, neither of them can believe it. Here’s the official blurb:

From the back cover:

He plays by the rules, she’s not afraid to break them. Now these two strong-willed army captains will prove that opposites attract . . .
A by-the-book captain with a West Point background, Captain Evan Loehr refuses to mix business with pleasure—except for an unguarded instance years ago when he succumbed to the deep sensuality of redheaded beauty Claire Montoya. From that moment on, though, Evan has been at odds with her, through two deployments to Iraq and back again. But when he is asked to train a team prepping for combat alongside Claire, battle-worn Evan is in for the fight of his life.
Strong, gutsy, and loyal, Captain Claire Montoya has worked hard to earn the rank on her chest. In Evan, Claire sees a rigid officer who puts the rules before everything else—including his people. When the mission forces them together, Claire soon discovers that there is more to Evan than meets the eye.
He’s more than the rank on his chest; he’s a man with dark secrets and deep longings. For all their differences, Evan and Claire share two crucial passions: their country and each other. 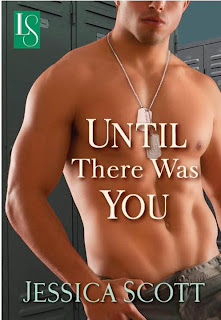 Sounds like a story I'm going to enjoy!  Jessica, as an Army officer, you’re already intimately acquainted with military life.  How does this knowledge help – or hinder – your writing process when creating stories set within the military?

Thanks so much for having me here today! I’d say the military experience makes it harder b/c I speak the lingo and understand so much more intuitively than non military readers. I don’t say or think improvised explosive device, I say/think IED. I don’t say physical training uniform, I say PTs and everyone around me gets that. So forcing myself to translate makes things a lot tougher, you know? That’s usually something I save for the round of revisions.

That has to be difficult when using acronyms is the norm.  My late husband was career military (though we didn't meet until after his retirement)  and I was forever asking him to translate the lingo.

Many scenes from books and movies end up on the “cutting room” floor.  What’s the one scene you would never cut from UNTIL THERE WAS YOU?

Oh wow. In my last book there were a couple of scenes that made it through every single draft. On this one, I can’t think of a single scene that survived since the first draft. I think the one scene that could not change, though, would be the one where Claire first learns Evan’s secret. It’s probably my most favorite scene.

Most military-set romances are romantic suspense yet your books are straight romance.  Was this a conscious decision you made before you started writing or did the characters dictate their story to you?

Well, first off, I suck at writing suspense. Love reading, can’t write it worth a damn. But that not withstanding, I did make a conscious choice to write these books as contemporary romances. I wanted to showcase real things soldiers were facing and have more emotional connection to them, if that makes sense.

That makes perfect sense!  I know a lot of readers who enjoy romances in a military setting but don't want the suspense. 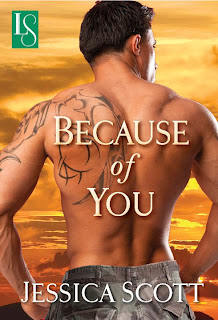 UNTIL THERE WAS YOU is your second novel.  Is it a stand-alone or will readers enjoy it more if they read BECAUSE OF YOU first?

It’s a stand alone novel. Originally, it was connected and the last book of the trilogy but my editors worked with me to change things up to make the storyline more powerful. There’s actually no overlap between UNTIL THERE WAS YOU and BECAUSE OF YOU.

You’re a wife, mom, active duty Army officer and author.  That’s a lot of balls to keep in the air!  How do you balance all of your roles?

I don’t. Some days, being a mom wins. Some days, being a soldier wins. Other days, being a writer takes precedence. Anyone who tells you they’ve got everything covered, well, that person isn’t me. I drop things all the time. My housework for instance. There is a mountain of laundry in my hallway that I should be deeply ashamed of. Instead, I’m writingJ and happier for it, I should add.

I imagine the above-mentioned roles also bring a great deal of stress into your life.  What’s your favorite way to relax and “get away from it all?”

Every so often, when things get really out of control, I go get a massage. It’s therapeutic in a lot of ways.

I'm a firm believer in the therapeutic benefits of massage.

We never tire of hearing how a new author receives “the call.”  The story of your first sale is unusual and fascinating.  Will you share it with us?

Last year, right after the Navy SEALS got Bin Laden, the romance world went nuts for military romance. Sue Grimshaw had just been hired on at Ballatine Bantam Dell and I saw a blog where she said she was looking for a military romance that was not romantic suspense. I sent her a note on twitter because her old email address had bounced and well, the rest as they say is history. Seriously, DO NOT do this unless editors/agents say they’ll accept pitches that way.

Next up is finishing up BACK TO YOU which will tie into BECAUSE OF YOU. That will be the last book in this leg of the Coming Home series. After that, we shall see where the muse takes me!

Thank you for visiting with us today, Jessica.  It's been a pleasure!  Do you have a question for our readers?

Tell me how you decide to try a new author?


I’m giving away a digital eARC of UNTIL THERE WAS YOU to someone today!

Email ThisBlogThis!Share to TwitterShare to FacebookShare to Pinterest
Labels: Contemporary, Interview, Jessica Scott, Military, PJ, Todays Special, Until There Was You