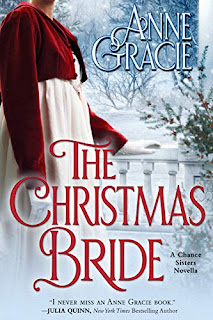 A chance meeting on a dark highway, a wounded heroine, a hero-in-waiting and Christmas . . .When Blake Ashton reluctantly returns to England for a business meeting—his first visit in ten years—he learns his partners are getting ready for a big family Christmas in the country. Ash wants none of that. He has just one plan in mind—to show his face, then immediately return to his free and easy life in the Far East.Making his way to Devon on a freezing dark night, he's accosted on the road by a footpad. Shots are exchanged and to Ash's horror he discovers he's accidentally wounded a girl. Ash can't leave her bleeding in the road, so he stays and tends her.Charlotte Underwood, in hiding from an unscrupulous guardian, is battling to support herself and her little brother. Wounded, and helpless in the hands of this handsome stranger, Charley soon realizes her heart is in danger from him too.Swept into a family Christmas with Max and Abby Davenham, and Abby's 'sisters of the heart'—not to mention their imperious aunt, Lady Beatrice—Charley finds the friendship and support her lonely heart craves. And as his feelings for Charley grow, Ash is forced to face up to his own past, and the reason he left England in the first place.
PJ's Thoughts:
It's not an easy task to write a 125-page novella that gives me the emotion, context, and multi-layered characters of a full-length novel but that's exactly what Anne Gracie has accomplished in The Christmas Bride.First, let me say how incredibly excited I was to discover Gracie had set this story within her Chance Sisters universe. I adore those characters and have always wanted to know what happened to Blake "Ash" Ashton, the partner in Flynn & Co. who refused to return to England. He was somewhat of a mysterious secondary character who was begging for his story to be told. Okay, okay, maybe it was we readers who were begging but the important part of this is that, finally, his story has been told and it is everything I had hoped it would be.One of the things I most enjoy about Anne Gracie's novels are her beautifully developed characters and they are on full display in this novella. No cardboard cutouts here. Each character is well formed and wonderfully layered. Charley (Charlotte), Ash, and Charley's younger brother, Toby are the stars of the story but Lady Beatrice, the Chance sisters, their partners, and Ash's family all contribute in meaningful ways.The Christmas Bride is the best kind of Christmas gift, a story brimming with humor, hope, forgiveness, redemption, family, and love. It made me laugh, shed a few tears, and smile with happiness. I have a feeling it's going to be one of those quick, holiday comfort reads I turn to again and again.
Posted by pjpuppymom at 1:00 AM