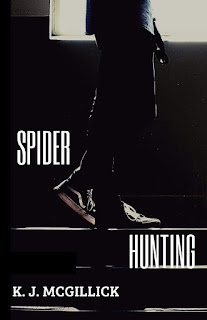 It’s never what it seems.

A murder of a high-profile law partner on a Manhattan street should have made the front page of the news. And yet it didn’t. Drew Bradley’s murder was treated as just another senseless crime and relegated to page four of the evening edition. But what if the press had been privy to the fact that the murder was actually an assassination?

As the partners at Lannister and Stewart scramble to fill the vacuum left by Drew Bradley’s sudden death, Asia Blythe, a rising star in the firm is offered his coveted position. But this golden opportunity that brings with it power, prestige, and unlimited financial rewards demands adherence to a code. A code of allegiance to the firm with no exceptions. Catapulted into the world of genetically modified designer babies and state-sponsored espionage, is Asia prepared to deal with the intrigues of a world that will threaten her life and shatter her illusions?

PJ's Thoughts:
Color me one very happy reader. I've added another author to my must-buy list and, oh, look, she has a back list of titles!
I've always enjoyed legal thrillers and this one is a doozy. If you like tightly-woven suspense thrillers that keep you on the edge of your seat and flipping pages as fast as you can to find out what's going to happen around the next corner, then Spider Hunting is a story you'll want to read too. I read the entire book this afternoon without taking a break and wow, what a ride.
The characters, both good and evil, are vividly portrayed and shaded with just enough gray that, at several points throughout the story, it was hard to determine into which camp some of them fell. And the twists! Just when I thought Asia (and I) had things figured out, something else would happen or new facts would come to light and off we'd go in an entirely new direction. And let me just say, some of those directions were realistically chilling in their complex and devious believability in today's world.
This is not a romance but there is a romantic thread with Asia and Sam and I am here for it. I loved these two together, their mutual respect, affection, openness with and support of one another convinced me they would make it for the long haul. I loved how they worked together, complemented one another, and how protective Sam was without minimizing Asia's strength. They were such a great team. In fact, they were so enjoyable that if McGillick ever decided to write another thriller with them as lead characters, I'd be more than okay with that.
Spider Hunting is the second book in McGillick's A Conspiracy of Betrayal series. There are some crossover characters but I didn't feel I was missing anything in this book by not having read the first one, Spider Games. You won't be surprised to learn, however, that the first thing I did upon finishing Spider Hunting was to download Spider Games. I can't wait to dive in!
~~~~~~~

K. J. McGillick was born in New York and once she started to walk she never stopped running. But that's what New Yorker's do. Right? A Registered Nurse, a lawyer now author.

As she evolved so did her career choices. After completing her graduate degree in nursing, she spent many years in the university setting sharing the dreams of the enthusiastic nursing students she taught. After twenty rewarding years in the medical field she attended law school and has spent the last twenty-four years as an attorney helping people navigate the turbulent waters of the legal system. Not an easy feat. And now? Now she is sharing the characters she loves with readers hoping they are intrigued by her twisting and turning plots and entertained by her writing