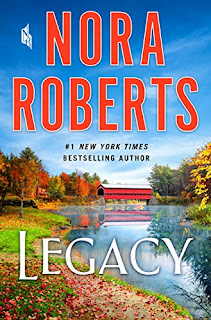 Adrian Rizzo was seven when she met her father for the first time. That was the day he nearly killed her—before her mother, Lina, stepped in.Soon after, Adrian was dropped off at her grandparents’ house in Maryland, where she spent a long summer drinking lemonade, playing with dogs, making a new best friend—and developing the stirrings of a crush on her friend’s ten-year-old brother. Lina, meanwhile, traveled the country promoting her fitness brand and turning it into a billion-dollar business. There was no point in dwelling on the past.A decade later, Adrian has created her own line of yoga and workout videos, following in Lina’s footsteps but intent on maintaining creative control. And she’s just as cool-headed and ambitious as her mother. They aren’t close, but they’re cordial—as long as neither crosses the other.But while Lina dismisses the death threats that Adrian starts getting as a routine part of her daughter’s growing celebrity, Adrian can’t help but find the vicious rhymes unsettling. Year after year, they keep arriving—the postmarks changing, but the menacing tone the same. They continue after she returns to Maryland and becomes reacquainted with Raylan, her childhood crush, all grown up and as gorgeously green-eyed as ever. Sometimes it even seems like the terrifying messages are indeed routine, like nothing will come of them. Until the murders start, and the escalation begins…
Nancy says:

I enjoyed Nora Roberts’s latest release, Legacy, immensely, so let’s get that out of the way first. However, readers who expect something like Whiskey Beach or Come Sundown, which are based around suspense plots but focus heavily on romantic development, won’t find that here. Legacy continues the pattern Roberts began with Shelter in Place in 2018. Her most recent standalone novels aren’t structured as romances or romantic suspense stories. Instead, they follow the characters through long periods of their lives as they learn who they are and forge their paths. Shelter in Place, Under Currents, Hideaway, and now Legacy are more in the vein of women’s fiction with suspense and romantic elements built in.

We meet the heroine, Adrian Rizzo, when she’s seven. Her father, who had an affair with her mother, Lina Rizzo, when she was in college, has had no part in Lina’s or Adrian’s life since Lina told him she was pregnant. Now, however, the news of their affair and Adrian’s birth has come out. He’s enraged and comes to Lina’s home in Georgetown for revenge. Because I don’t want to spoil it, I’ll just say this doesn’t go well for him.

Roberts introduces the supporting cast slowly and gives us the chance to get to know them. This starts after the clash with Adrian’s father. To protect Adrian from the resulting publicity, Lina takes her daughter to her parents in Maryland. There Adrian meets Maya and Raylan Wells, who’ll be part of her life going forward. Raylan is a comic book geek and an artist with a good bit of skill despite being in grade school, and that seeds his character’s future. This interval also establishes the importance of Adrian’s grandparents in her life and her love for their big, old house.

We next meet Adrian when she’s sixteen. Lina has a successful video fitness company and travels a lot for promotion. She’s about to leave on another trip, but Adrian, who’s tired of being hauled from pillar to post and just started a new school, refuses to go. She talks her mother into letting her stay home. What she doesn’t tell Lina is that she has plans to start building a life of her own while she has this time to herself.

When she goes to school the next day, she recruits the crew she hopes will help her build that life, the table of nerds in the cafeteria. They play supporting roles through the book, particularly Teesha, who remembers all sorts of obscure facts and has a head for math. Her son Phineas, who arrives much later in the book, is one of my favorite-ever Roberts characters.

From this point, with a little help from her mom’s team, Adrian launches a successful business of her own. Success is great, but sometimes it draws attention you don’t want. Shortly after the release of her first video, Adrian receives the first of a series of threatening poems. She turns them over to her mom’s publicity manager and the FBI and goes on with her life, but the poems arrive at regular intervals through the book.

Roberts shows us Adrian and her friends at different points in their adult lives. Raylan and Maya both marry and have families. Raylan works in comics and eventually launches his own graphic novel company. Teesha and the rest of Adrian’s high school crew build their life paths. Aside from the threatening letters, things are going well until losses bring both Adrian and Raylan back to Maryland.

The two pick up their friendship easily. I like the way Roberts handles that. Adrian was friendly with Raylan’s late wife, so she understands and sympathizes with his loss. His grief and his children’s are not given short shrift. His and Adrian’s transition from friends to much more occurs slowly and believably. They don’t become involved until a couple of years after they both return to Maryland.

There’s no deep romantic angst between Raylan and Adrian. Its absence works well for me since there’s plenty of other angst to go around in the book.

Meanwhile, Adrian’s friend and business manager, Teesha, has moved to Maryland with her family, including adorable geek child Phineas. All the children in this book are great. Raylan’s son, Bradley, is a Batman fiend. His daughter, Mariah, is a fashionista at six. Roberts knows how far to go with cuteness before it stops being endearing and becomes tiresome.

There’s also a sweet relationship between Adrian’s dog, Sadie, and the Wells family’s dog, Jasper. When it turns out to have more than entertainment value, the turn it takes has been nicely seeded.

One of the pleasures of the story was seeing Adrian build a relationship with her friends’ children, including Raylan’s. When the time comes for Raylan to talk to Bradley about his changing relationship with Adrian, Roberts handles that with sensitivity and grace.

As Raylan and Adrian’s relationship deepens, however, the sender of the threatening poems is escalating. Matters come to a head in a terrific sequence with Adrian taking on the one who wants to kill her. Raylan and Teesha’s husband, Monroe, rush to her aid. But will they be in time?

Though the plot spans a long period the moments it showcases are important to the progression of the story and the development of the characters, who were the real pleasure of Legacy for me. A superb plot helps drive any book, but engaging characters we can root for, as we do for these, are the heart of it.