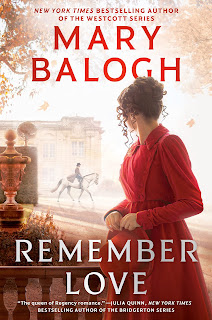 The handsome and charismatic Earl of Stratton, Caleb Ware, has been exposed to the ton for his clandestine affairs—by his own son. As a child, Devlin Ware thought his family stood for all that was right and good in the world. They were kind, gracious, and shared the beauty of Ravenwood, their grand country estate, by hosting lavish parties for the entire countryside. But at twenty-two, he discovered his whole world was an elaborate illusion, and when Devlin publicly called his family to account for it, he was exiled as a traitor. So be it. He enlisted in the fight against Napoleon and didn’t look back for six years. But now his father is dead, the Ware family is broken, and as the heir he is being called home. It’s only when Gwyneth Rhys—the woman he loved and then lost after his family banished him—holds out her hand to help him that he is able make the difficult journey and try to piece together his fractured family. It is Gwyneth’s loyalty, patience, and love that he needs. But is Devlin’s war-hardened heart even capable of offering her love in return?
PJ's Thoughts:
Mary Balogh launches her new series with this heart-tugging story of love discovered, lost, and, ultimately, remembered. It's is a tale of two parts, both the story and my review, and my thoughts about each are quite different.
This book does not begin quickly. In fact, if I had not agreed to review it I most likely would have stopped reading somewhere around the fourth chapter. The first half of the book is slow, excruciatingly slow, with scene setting and multiple character introductions overflowing with wordy prose and superfluous details. I began skimming before I finished chapter one. Somewhere around the 40% mark, however, the pace started to pick up and my investment in the main characters began to deepen.
With Devlin's return to England after a six-year absence, the story took a welcome turn as well. I enjoyed the exploration into each of the main characters, the layers of emotion unveiled, the hurt and bitterness that had been allowed to simmer, and the barely glowing embers of love and affection that still remained. Devlin and Gwyneth were finally given the time to dig beneath the surface of the new emotions they shared six years earlier and get to know one another as real, flawed humans rather than a starry-eyed ideal. I appreciated the fact that the author did not hold back in exploring all the messiness of their relationship, giving it an authenticity that centered my confidence in their eventual HEA.
Devlin's and Gwyneth's precarious relationship isn't the only one at play in the second half of the book. The Wares are a family that has been destroyed from within and bringing them back together will not be an easy task. First steps are taken; threads that previously bound them tenuously restitched. The scenes between Devlin and the various members of his family are where emotions are laid bare, where my heart clenched with heartache...and hope. By the end of the book, I was attached to them all, eager to discover what their futures would hold, and happy that I had continued to read through the slow start.
If you enjoy emotional, closed-door, Regency romance with a large, complex family at its core, give this one a try. I'll be back for book two.
Have you read Mary Balogh?
Do you have a favorite book - or series - of hers?
What are your thoughts about reunion romances? Any favorites to share?
One person who comments before 11:00 PM, July 13 will receive a hardback copy of Remember Love.
*U.S. only
*Must be 18
*Void where prohibited