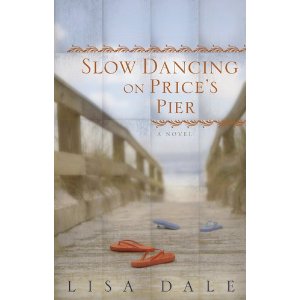 Thea Celik grew up with the Sorensen brothers: Jonathan, the responsible scholar and Garret, the risk-taking athlete. They were all middle-school kids the day she first met them underneath Price’s Pier. As the years passed, they became best friends, an inseparable threesome until Thea and Garret fell in love. First love can be intense and painful; so it proved for Thea and Garret. When something happened that threatened the image that Garret projected to the world, he pulled away. When Thea felt abandoned, steady Jonathan was there. Then one night Thea had a choice to make, and the choice she made was one Garret could not forgive.


Passion had not been what she thought it was. When she loved again, it would be without passion—a love that she could slip into comfortably. Love, she thought, should be easy. Love that wasn't easy was probably not love at all. And she wanted happiness for herself—not drama.

Their marriage had never been especially passionate. They’d married young and waited until after their wedding to have sex. Thea hadn’t expected much. Her love life with Jonathan hadn't been like jumping headfirst into a bottomless pool but instead like creeping inch by inch into deeper waters, until she was just deep enough to feel like she was submerged without getting in over her head. At some point, the pressure to work toward a healthy sex life vanished entirely, and Thea was almost glad when it did. She felt that her job as Jonathan’s wife was to offer him comfort and refuge—he felt the same way toward her—and they set about making their lives easy for one another. Somewhere along the line, good intentions had eroded into complacence like stone becoming sand.

The end of their marriage brings sea changes to three generations of Sorensens.

Divorce and its aftermath are standard fare in women’s fiction novels, but I can’t recall another novel that gives so complete a picture of a marriage—from its genesis through the fallout after the breakup. Here there are no bad guys—just flawed people who make mistakes and pay the price for them. Romance readers will be captured by the love story of Thea and Garret and rewarded when they are able to forgive one another and achieve their HEA, but Slow Dancing on Price’s Pier is a richly complex, layered tale about love’s many faces—family, friends, and community. Thea is the center—her history with the Sorensens; her affection for the Dancing Goat, the coffee house her parents opened and which she now owns; the column (“The Coffee Diaries”) she writes for the local paper that offers observations about life clothed in information about coffee. But other characters are multi-dimensional creations as well. The relationship between Jonathan and Garret, a mix of love, loyalty, memories, misunderstandings, and rivalry, captures the complications that often link siblings together in tangled ties. Irina demonstrates the confusion that children may experience when their familiar world is altered by divorce. And Thea’s fears about losing the in-laws who have been like parents to her remind readers of the ripples that follow divorce. Even the baristas in the Dancing Goat and Irina’s teacher are real personalities with histories and ambitions.

Slow Dancing on Price’s Pier combines a woman’s journey to self-discovery with a compelling love story. It not only engaged me fully when I was reading it; it also left me thinking about the world of the book after I turned the final page. I’m not a fan of books that feature siblings in love with the same person, and adultery is usually enough to turn a book into a DNF for me. This author’s skill overcame both biases. This was my first book by Lisa Dale. It definitely will not be the last.