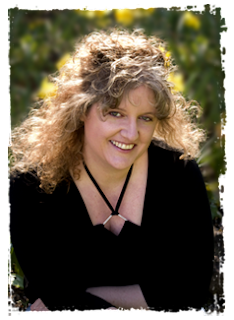 I'm so excited to have Kris Kennedy blogging with us today.  I'm a huge fan of medieval romances and those written by Kris are among the best I've read in recent years.  Her debut book, The Conqueror recieved good reviews, her most recent book, The Irish Warrior was on many Top 10 lists of 2010, including mine, and I can't wait to read her upcoming release, Defiant (April 26th).   In fact, when you read this, I'll be sitting on the beach with Defiant in my (hopefully) hot little hands! Please join me in giving Kris a very warm welcome to The Romance Dish!
~PJ


What Appears A Blessing may Be A Curse...

I think this is one of my (many) favorite elements of fiction, and it’s used to great effect in romance fiction.

This is the time when the hero thinks everything’s going his way, and he couldn’t be happier. I mean, his plans are unfolding precisely as he wanted, right? What a confidence-booster.

Then wham—he suddenly realizes/learns/discovers it’s all terribly wrong. (Note: This is the most fun when it’s due to the heroine.
Posted by pjpuppymom at 12:03 AM