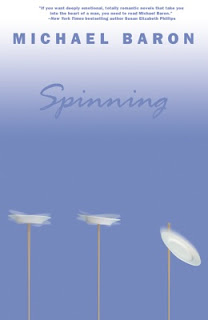 Dylan Hunter, a public relations expert in New York City, likes his life. He’s just won a plum account for his firm, and things are looking good for him to reach the top rung and retire at 40, just over a decade away. Socially, he’s hanging at the hottest clubs in the city and enjoying a life filled with “babes, booze, and season’s tickets.” All this begins to change at 3:00 a. m. one morning when Diane Sommers, a former lover arrives at his door with her three-year-old daughter, Spring. Dylan invites Diane to stay with him until she finds a job and an apartment, never suspecting how his two guests will alter his life. Soon Dylan is feeding ducks instead of putting the move on chicks, singing “Itsy Bitty Spider” instead of listening to Stevie Ray Vaughan, and spending more and more time with Diane and Spring.

By the time Diane finds a job and an apartment, Dylan is looking at rings and planning a proposal. But before he can follow through, a tragic accident leaves him the sole caretaker of Spring. Diane has no family, and she has told no one who fathered Spring. The once carefree Dylan finds himself responsible for the physical and emotional well-being of a child painfully adjusting to life without her mother. He feels totally inadequate for the task.

There was a very real chance that I was all Spring had—which meant that I instantly needed a neural link in child rearing, something the people in the Matrix movies could provide if they weren’t, you know, fictional. I could bandage her knee and maybe handle soothing her after a simple nightmare—the kind of thing you could pick up from an ad for cold medicine or greeting cards. If it got more complicated than that—like dealing with grief, for instance—I was way out of my depth.

It’s not until Dylan is faced with the threat of losing Spring that he realizes how totally committed he is to this child and how much he needs her in his life.

I found Spinning slow going for the first several chapters. The point of view is first person, and Dylan seemed incredibly shallow, a lot closer to some of the frat boys I taught than to a man staring 30 in the face. But as Diane and Spring became a greater part of his life, and he began to mature, I found the character more engaging. By the time he learns that his expertise as a spin doctor is poor preparation for a life spinning out of his control, I was hooked on the story.

Spring is a wonderful character, heartbreaking as she struggles to understand what her mother’s death means and yet still a child filled with a sense of wonder and fun. The scene where Dylan first has to give her a bath is laugh-out-loud funny, as is Spring’s sabotage of Dylan’s big date with a promising “babe.”

I also enjoyed watching Dylan’s relationship with his co-worker and friend, Billie, evolve into something more. The happy outcome to the custody issue required the help of Dylan’s circle of friends, suggesting that Dylan’s was not the only life that Spring had changed. Although this novel is not romance fiction, it does have several romance threads. I’m not sure what genre label should be applied. Is there a term for chick lit from a male perspective? Whatever the genre, Spinning is an emotional story with humor and pathos, one many readers of romance fiction should enjoy.

~Janga
Posted by pjpuppymom at 2:38 PM