It's hard to believe that we've already been here two full days.  Time truly does fly when you're surrounded by smart, savvy, fun women!  We arrived at our hotel early Thursday afternoon, Gannon and I pulling in right behind Buffie and Andrea.  And we didn't even plan it! :)

One of the first people we ran into was Kellie Kamryn who traveled all the way from Canada for the conference.  So great to see her! 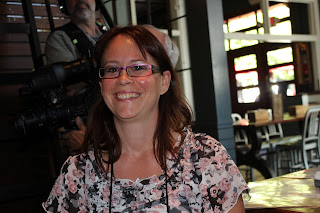 We unloaded the cars then set off for The Chocolate Bar for a "meet and greet" with authors Karen White and Eloisa James. 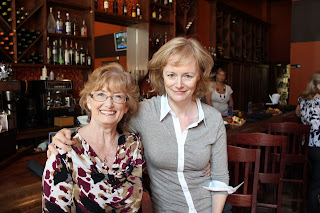 Loved catching up with Eloisa! 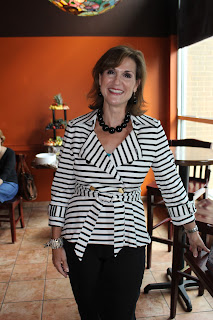 ﻿
﻿ There we ran into Terri and Maureen from Romance Writer's Revenge, Nancy and Donna from Romance Bandits, saw many more familiar faces and made some new friends too.  I met a lovely mother and daughter who had driven from near Tennessee just to meet Eloisa. 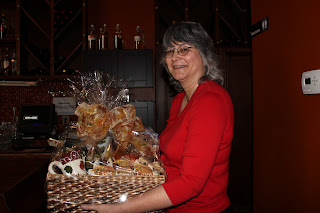 For dinner Thursday night, we joinjed a group from Georgia Romance Writers at a local restaurant called The Raging Burrito.  This is a wall mural that's in the courtyard where we ate. Margarita, anyone? 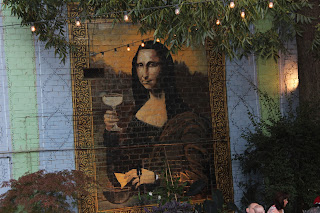 We're off to breakfast but I'll check in later with more photos and news!

I have a break between workshops so thought I'd grab a few minutes and continue on...

Friday's lunch was an event we'd been looking forward to for some time.  Eloisa James hosted a "Bon  Bon Reunion" at a local restaurant.  We spent a couple hours feasting on wonderful food (if you're ever in Decatur, GA, you must visit Leon's and try the Pomme Frites with smoked tomato mayonnaise sauce.  To die for!), catching up on everone's lives, laughing and talking non-stop.  The Bon Bons are what those of us who were regulars at the former Eloisa James/Julia Quinn bulletin board called ourselves. 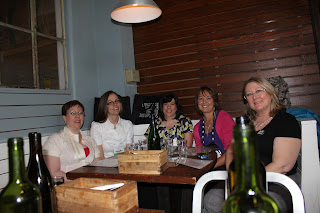 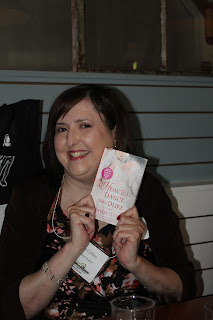 Manda Collins shows off an ARC of her much-awaited debut historical romance, HOW TO DANCE WITH A DUKE, which will be a February 2012 release.  Isn't that cover gorgeous? 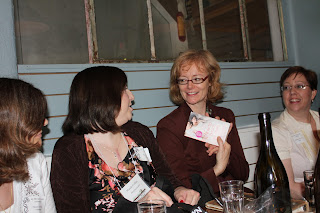 Have to head to the next workshop.  More later!