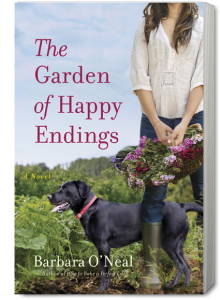 Elsa Montgomery’s life is divided by three crises of faith, three times she turned her back on God. The first time she was fourteen and literally driven from the church by a priest outraged and filled with hatred for a girl who dared to dream of priestly offices. The piety of her friend Joaquin Gallegos led her back to God that time. The second time an angel called Joaquin to the priesthood and left Elsa bereft of her fiancé and her dreams of the life they had planned together. That time a nun with a loving heart and a life of active service brought Elsa back. Since the Catholic Church had no room for a woman as priest, Elsa receives training and is ordained as a Unity minister. She finds her true vocation in pastoring a church in Seattle. Her life is fulfilling; she loves the rituals and nurturing she extends to her congregation: “She adored it. Part teaching, part theater, part pure love offering, a way to serve the world and the people in it.” But when a teenage girl in her church is brutally killed, Elsa turns her back on God for the third time.

She returns to Pueblo, Colorado, to the house in which she grew up. She misses her church members and the role she held in their lives, but she finds comfort managing the soup kitchen at San Roque, the church where Joaquin serves as priest. Now known as Father Jack, Joaquin also puts her in charge of transforming a trash-filled lot, the site of late night drug deals, into a community garden. He recommends Deacon McCoy, who owns a landscaping business and runs the AA group that meets in the church, as her assistant. Deacon interests Elsa; he also makes her aware of herself as a woman in a way that is both exciting and disturbing. But will the embers of an old love prove stronger than the sparks of a new one?

For Elsa, time in Pueblo also means time with her older sister Tamsin. Elsa and Tamsin are good friends, but they are opposites in many ways. Elsa is more interested in people than possessions, and her life has been one of simplicity and service. Tamsin, a beauty who married an older, wealthy man, has focused on her perfect home, a busy social life, and her husband and child. But Tamsin’s life is radically changed when her husband goes into hiding just before he is charged with criminal activity and all the family’s assets are seized. Tamsin loses her beautiful home, her jewelry, even the art quilts she has created in her perfect studio. Stripped of all that defined her, she is forced to discover who she really is.

The community garden becomes a place of healing for Elsa and Tamsin and a place of hope for the residents of the housing project near the church. For a time, it seems as if the dangerous, destructive forces in the community will destroy the garden and the hopes of the people who have planted and nourished the new life that is putting forth shoots. But, as the title suggests, good triumphs eventually, and happy endings of various kinds abound.

If you have read Barbara O’Neal’s other books, then you know they are women’s fiction rather than straight romance. Romantic elements exist in several guises, but they are single strands in the rich tapestry of this book. The setting again is the Southwestern U. S., and the real and symbolic value of food, although less prominent than in the earlier books, remains significant. The garden and the acts of planting, cultivating, and harvesting that carry both literal and figurative meanings are central here. O’Neal peoples both the Seattle community and the Pueblo community with vivid primary and secondary characters. Even the murdered girl, as brief as is her appearance, possesses a beauty and vitality that stir the heart. A struggling young mother, a Native American shaman, a trio of young boys filled with energy, dreams, and fears, a pair of young lovers who endure heartbreak—all are real and moving. Even Scott, the missing husband whose Ponzi scheme shattered lives, is more than a greedy villain. Elsa, Tamsin, Joaquin, and Deacon are all deeply human characters with great gifts and also with flaws that can wound themselves and others. O’Neal sees these characters as triune creatures with bodies, minds, and spirits, and she makes her readers view them in these multi-dimensions as well. In this book, the reader will find grief and fear and terror, but she will find laughter, strength, and love as well.

In addition to the power of the story and its characters, there is O’Neal’s prose that strikes the ear with the preciseness of poetry. She describes a first meeting between young lovers: “He took her hand and kissed it with courtly grace, and there was a smell of sugar in the air, and a fine blur ring of enchantment that fell down around them. For a moment, they only hung there, suspended in the magic—at last!—and he asked if she would sit beside him at supper.” Nobody combines the magical and the mundane better than O’Neal. One of my favorite lines in the book is a simple description, simply perfect: “The world was still covered in eggplant shadows as he loped out the front door of the rectory and ran through the sleeping streets.”

Some books I love because they immerse me in a world different from my own and allow me to escape for a span the world of wonders and weariness that is my life. I love The Garden of Happy Endings because it brought me back to my world with a deeper appreciation of and attachment to the natural world around me and the beloved beings who share that world. I highly recommend this book.