October! How the heck did that happen? It's the month of pumpkins, ghosts, goblins, guest authors and terrific books. Here's what's happening at The Romance Dish in October.

We kick things off Thursday, October 1st with the Kate Meader Playing with Fire review tour. This is the second full-length book in Meader's Hot in Chicago contemporary romance series and it's a winner. 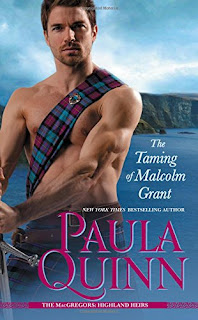 Monday, October 5th brings historical romance author Paula Quinn to the Dish for a Q&A about her new book, The Taming of Malcolm Grant. This fourth book in Quinn's The McGregors: Highland Heirs series is one of my favorites in a three generation multiple series of books that occupy my keeper shelf.

Janga shares her thoughts about another reissued novel with her On Second Thought review on Thursday, October 15th.

Rose Lerner joins us Friday, October 16th with a cover reveal for her January, 2016 release, Listen to the Moon. Lerner takes us back to the village of Lively St. Lemeston for this third book in her series of the same name. The first two books were exceptional and I'll be pre-ordering this one as soon as it goes live! 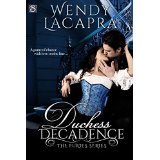 Wednesday, October 21st brings Wendy LaCapra's Duchess Decadence tour to TRD with a Q&A. This third book in LaCapra's The Furies trilogy, a story of second chances, will be released October 19th.

You all know how much we love debut authors here at TRD! On Sunday, October 25th we'll be unveiling a sneak peek into Anna Bradley's November 3rd historical debut, A Wicked Way to Win An Earl. I'm excited to read this one!


See you in October!