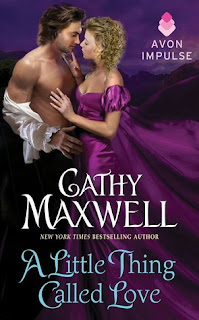 Fyclan Morris has come a long way from his modest Irish roots. Educated, wealthy and successful, he's on the verge of being elected a director of the powerful East India Company and achieving all of his dreams, save one. His Romany-born grandmother had foretold it:

"You'll recognize her immediately," his Grand had said. "She'll be fair to your dark, a light to your step, a force you will not deny."

When Fyclan first sees Jennifer Tarleton on the street, he knows she's the one and is determined to meet her. When she reaches her destination, a private lending library, and he discovers his lass's love of books, the deal is sealed. There will be no other woman for him, regardless of the obstacles standing in their way. And there are many, seemingly insurmountable, obstacles.

Jenny Tarleton loves books. They are her refuge, her hope, her joy in a life fraught with strife. Her family doesn't understand but, then, they don't understand Jenny much at all. To them, she's a bargaining chip, a pretty object to sell to the highest bidder. The money her hand in marriage will bring them will erase her father's gambling debts, give her oldest sister's husband the promotion he craves and allow her other sister to marry where she wishes. None of them seem to care about Jenny's wishes. The only one who sees and appreciates Jenny for the person she is and not what she can bring them is the handsome Irishman who shares her love of books. Fyclan is certainly rich enough to meet her father's marriage price but he doesn't have the title her family craves and, unbeknownst to Jenny, he has a history with her father that makes him the last person her father would ever allow her to marry.

A Little Thing Called Love is the prequel to Cathy Maxwell's upcoming Marrying the Duke historical romance series. The first book in the series, The Match of the Century is the story of Elin Morris, the daughter of Fyclan and Jenny and will be released November 24th.

I thoroughly enjoyed Fyclan and Jenny's novella. It contains all the passion, humor and vibrant characters I've come to expect from a Cathy Maxwell story. At 86 pages, it's a quick read but I didn't feel at all shortchanged. Fyclan and Jenny pulled me into their world, into their hope, their despair, their passion and a love that refuses to be denied. I cannot wait to see them as parents and meet their daughter in The Match of the Century!