Keeper of the Keepsakes 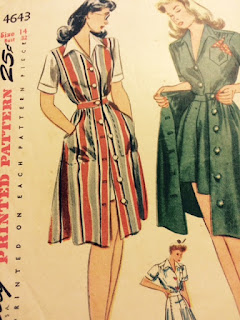 I am the first-born and only daughter in a family of five children. With this position comes certain responsibilities, one of which is being the designated repository for family memorabilia. And when I say memorabilia, I mean postcards, report cards, Sunday School certificates, high school musical playbills, newspaper clippings, letters, notes, dress patterns (like the one from the 1940's on the left) and photos. Many, many photos. In fact, thousands of photos. Over the years, I've kept the items stored in plastic bins with new bins added as family members have died and their memorabilia has been added to the repository. That's about to change.

It started with my neighbor. She remodeled her living room which gave me the itch to finally do something with my guest bedroom a/k/a the storage room. I ordered bedroom furniture but then I had to make room for the furniture and that meant diving into the boxes for some heavy-duty sorting and tossing. Remember back in the olden days when we put film in our camera then took the film to the store for processing? Remember the stores that offered double prints? It seemed like a good idea at the time but I have to ask, "Why did I keep two copies of hundreds of photos for more than twenty years?" And that's just the beginning...

I'm still working on the first box but here are a few treasures I've uncovered so far: 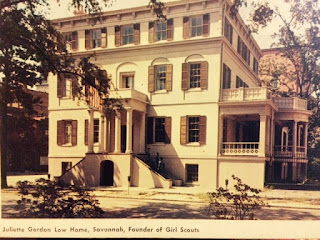 A packet of postcards from Georgia that my mom mailed to my brother and me (we were staying with our grandparents) in 1957. Postage was $0.04. 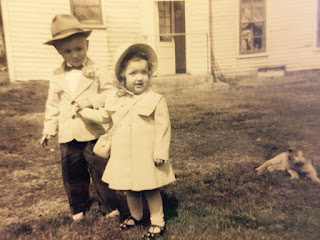 A photo from 1953 of my cousin and me dressed for a special occasion. Love his hat and my cross-body bag! As you can see, the cat is obviously impressed by our fashion style. 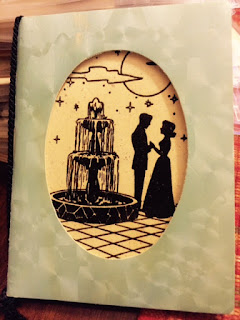 The program from my Junior Prom. I had no idea my mom had saved this. Our theme was "Three Coins in a Fountain." A few months later, I would be throwing coins into the actual Trevi Fountain in Rome, Italy. 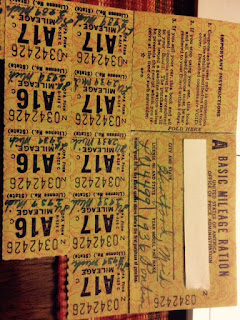 Mileage Ration stamps for a relative's 1936 Pontiac. My mom also saved one of their food ration books from the WWII years. It brings home the deprivation they endured in a tangible way. 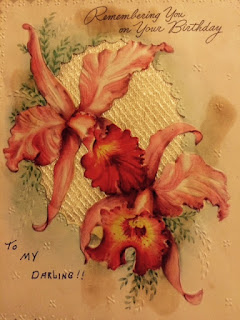 A birthday card my college-student dad mailed to my mom when they were dating in the late 1940's. The sweet note he wrote inside shows he was definite romance hero material! 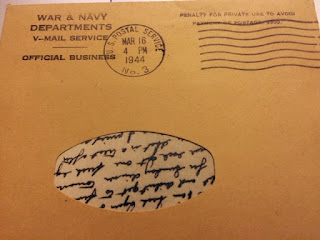 Letters from my uncles to my grandparents, sent via Veterans Mail in 1944.

A 1943 receipt for my grandmother's annual dues ($1.00) to her local Rebekah Lodge of the Independent Order of Odd Fellows. I wasn't familiar with this organization so I looked it up on Wikipedia. Here's what they have to say:


The Independent Order of Odd Fellows (IOOF) is a global altruistic and benevolent fraternal organization derived from the British Oddfellows service organizations of the 18th century.[
The word "Independent" in the organization's name was given by the English parent organization as part of the chartered title of the new North American chapter:

The Independent Order of Odd Fellows was founded on the North American Continent in Baltimore, Maryland, on April 26, 1819 when Thomas Wildey and four members of the Order from England instituted Washington Lodge No. 1. This lodge received its charter from Manchester Unity of Odd Fellows in England.[1]

Odd Fellowship became the first fraternity in the US to include both men and women when it adopted the "Beautiful Rebekah Degree" on September 20, 1851. This degree is based on teachings found in the Christian Bible, and was written by the Honorable Schuyler Colfax who was Vice President of the United States during the period 1868–73. Odd Fellows and Rebekahs were also the first US fraternal organizations to establish homes for senior members and for orphaned children. 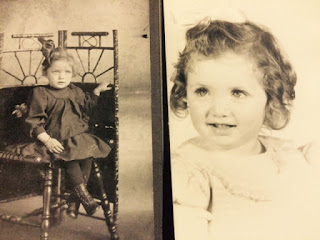 A photo of my other grandmother that looks remarkably like me at the same age (at least in my eyes). Love those high tops she's rockin'! 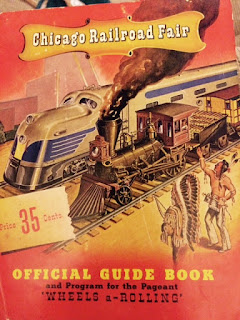 The Official Guidebook from the 1948 Chicago Railroad Fair.`Not exactly a politically correct cover by today's standards but I doubt anybody even blinked at it back then.
Note the $0.35 price. It's a pretty thick book.

Those are a few of the unexpected treasures I've uncovered so far. I can't wait to go exploring in Box #2!

Who is the keeper of the keepsakes in your family?

What's your most prized family keepsake?

Did your mom keep a lot of memorabilia from your childhood? If you're a mom, do you do the same for your own children?

Are your keepsakes keeping company with one another in boxes or have you organized them in some way? If you're one of the organized folks, what method are you using? Photo albums? Scrapbooks? Something else?


Since some of my favorite keepsakes are books, let's give some away today. One person who leaves a comment (U.S. only) will receive a package of books from my stash!

Email ThisBlogThis!Share to TwitterShare to FacebookShare to Pinterest
Labels: Keeper of the Keepsakes, PJ