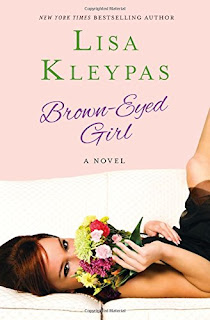 Avery Crosslin left New York City and a not-very successful career as a designer of wedding dresses to start an event planning business in Houston with the half-sister she discovered only when they were the only two offspring of their father’s many marriages to show up at his deathbed. After three years, their business is finally taking off. Avery has high hopes that the wedding they have planned for the daughter of one wealthy client will lead to more work among the city’s elite. She’s prepared for everything except battling a scorpion. When her trusty glue gun proves an ineffective weapon, a man hot enough to melt even Avery’s reinforced defenses comes to her rescue. Noting his professional-looking camera, she concludes that he is an extra photographer. When he identifies himself as a wedding guest, Avery is embarrassed by her mistake. But when she learns that he is one of “those Travises,” she is certain he is out of her league.

Joe Travis is both a professional photographer with a growing reputation and the youngest of the three sons of the late Texas magnate Churchill Travis. From the moment they meet, he is interested in Avery, and he refuses to be discouraged by her attempts to avoid him. Avery allows herself to be persuaded to share a post-wedding evening with Joe, although she has no interest in a relationship. She tells Joe this, but he is persistent. The combination of the Travis charm and the memories of that one night eventually erode Avery’s resistance. But Joe wants a commitment, and Avery has been burned too often by men who leave her to risk her heart.

It has been more than six years since the third book in Kleypas’s first contemporary series was published, six years with fans eager for the story of Joe Travis, brother of Gage (Sugar Daddy), Haven (Blue-Eyed Devil), and Jack (Smooth Talking Stranger). Expectations have been building since Kleypas announced that she was writing Joe’s book. Perhaps those expectations were impossibly high. I admit to being disappointed. Brown-Eyed Girl is a good book. It has Kleypas’s usual lovely writing, and fans of the series will enjoy glimpses of other Travis couples. But this book lacks the indefinable special quality that made the other three books outstanding.

Joe Travis himself was not a disappointment. Some readers may be less than thrilled that his alpha characteristics are muted, but readers who have a fondness for beta heroes (as I do) will adore him. Joe is a man confident with himself and with what he wants from life. He knows from the beginning that he wants Avery, and he never wavers. He is convinced that what they found together that one night was extraordinary. He sees past the prickly façade that Avery has created, but she has a difficult time believing that he sees her as beautiful and desirable.

Clearly Avery has issues. Neither of her parents was able to commit to a long-term relationship, and her father’s role in her life particularly was defined by his absence. She thought she had found a man who loved her when she became engaged after four years with her boyfriend, but he jilted her on their wedding day. A full-figured woman in a culture that defines female beauty as slender bodies in low-digit sizes, she hides her body in unflattering styles that are too old for her. She can’t trust Joe’s feelings for her. She persists in seeing what they have as temporary.

I wanted him. Every part of me wanted him. We were alone, and the rest of the world was far away, and I knew somehow that if I slept with him, it would be extraordinary. To a woman who’d lived twenty-seven years of ordinary, one night with a man like this didn’t seem too much to ask.

Avery’s attitude was logical given the realities of her life, but I grew tired of her entrenched position. It is not until late in the story that she seems to see Joe with the clarity with which he views her. There’s so little conflict that she has to maintain her position to keep the story going, but it felt forced to me.

However, the secondary romance between Avery’s half-sister and business partner Sofia and Steven, Avery’s assistant, was wonderful. It had the energy and the conflict that was missing in the primary relationship as well as some delightful humor. I also liked the interactions between Avery and Sofia. And as a rereader of the first three Travis books, I fully enjoyed seeing the couples from those books.

Overall, I rank this book as a novel with wonderful moments rather than as a wonderful book. Nevertheless, it is still Kleypas, and even with its flaws, it is better than many of the books I read. I’m not sure if Kleypas intended Ryan Chase, the Travis cousin introduced in Brown-Eyed Girl, to start readers dreaming of one more Travis novel, but I am sure that I am not the only reader to see hero potential in Ryan.

If you are a fan of Kleypas’s contemporaries, I recommend this book, but with the caveat that it may not measure up to the other books in the series.