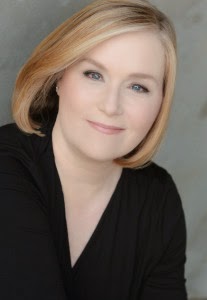 It's my pleasure to welcome Tracy Solheim to TRD today! After years of writing reports and testimony for Congress, Tracy Solheim decided to put her fiction writing talents to better use.  In 2013, Berkley Publishing launched her Out of Bounds series, featuring the fictional Baltimore Blaze football team.  She lives in the heart of SEC (Southeastern Conference for non-college football fans) country, also known as the suburbs of Atlanta, with her husband and their two works-in-progress.   When she’s not at the barn with her daughter or working out with friends (i.e. lifting heavy bottles of wine), she’s writing.  Except for when she’s reading, but according to her, that’s just necessary research.

Welcome Tracy! Congratulations on the release of SLEEPING WITH THE ENEMY, the fourth book in your Out of Bounds series. Please tell our readers about this series.

This is actually the fifth book in the Out of Bounds series featuring the fictitious Baltimore Blaze football team. There’s a digital novella A NUMBERS GAME that came out between books 2 and 3.  GAME ON (Book 1) was the first book I ever completed, so I’m surprised and delighted that the series has had some staying power with readers.  Of course, the hunky guy on the covers probably has something to do with that!

We do love our hunky guys but your wonderful writing has a lot to do with it too!

What can we expect from SLEEPING WITH THE ENEMY? 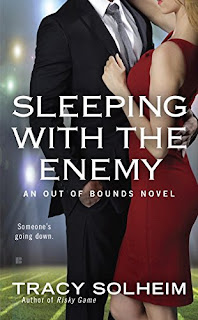 and a few new ones as well.  Jay McManus (A NUMBERS GAME) has now taken over ownership of the Blaze, but it’s not all touchdowns and field goals for the brash, young owner.  The Sparks—the team’s cheerleaders—have filed a class action suit against the Blaze claiming discrimination.  The team’s GM, Hank Osbourne (FOOLISH GAMES) hires outside counsel to defend them.  Bridgett Janik (RISKY GAME) is assigned the case and that’s when the game really takes off.  I very subtly alluded to the fact that there might be something between Jay and Bridgett during one of the bar scenes in RISKY GAME.  The story of their shared relationship is revealed in flash backs throughout the book as the two deal with the lawsuit and drama within their own individual families to finally find their HEA after years spent apart.

As a reader, I enjoy second chance romances and SLEEPING WITH THE ENEMY is a good one. What is it about this trope that inspires you as a writer?

I love to read those books, too, PJ!  This one was easy to write in some aspects, but difficult in others.  I had very few problems writing about the attraction between Jay and Bridgett.  Both are very passionate people, whether it’s in their work ethic or their devotion to their family.  The sexual attraction between the two didn’t dissipate with time, either.  But, what was hard was finding something that could shatter their young relationship so much that they couldn’t find their way back to each other without fate giving them a shove.  It couldn’t be something insurmountable, such as abuse, infidelity, or criminal tendencies.  Neither could it be something that could be handled with a conversation.  I know some will read this book and shout at the pages that all these two need to do is talk, but thirteen years have passed and as passionate as these two are, they are also equally prideful.  Dredging up the past would get messy and both Jay and Bridgett like their lives neat and tidy. Even with these difficulties, this book was so much fun to write!  I love seeing couples find each other again.  Their devotion is so much deeper after having loved and lost one another.

I was intrigued by Jay’s sister, Charlie. Any chance we’ll see her again in a future book?

The good news:  yes!  The bad news:  I don’t know when.  If you’ll notice I didn’t write an epilogue to this book because I was really struggling with how to write Charlie in the future.  I am currently developing another Blaze book that will advance the series five years because I feel as if Charlie needs to grow just a bit more secure in who she really is to find her HEA.  I will say that she gives Jay and Bridgett the ultimate gift during that five year time period.  I’m pulling together an epilogue now that will be available to newsletter subscribers sometime in September. By then I should have Charlie’s story firmed up!

Oh man, you're going to make me cry, aren't you?

What’s next for the folks from the Baltimore Blaze?

I’m ironing out a few proposals right now with my editor at Berkley.  As I mentioned, the series will advance several years so we can bring in some new players (namely a replacement at quarterback!) and some of the younger characters from previous books can mature to get their own stories—not only Charlotte, but Sophie Osbourne, as well.  I’ll keep readers posted on my website as details are finalized.

In January, you launched a new small-town series set in Chances Inlet, North Carolina with the publication of BACK TO BEFORE. When will we see the second book in this series? Are you able to tell us anything about the story? 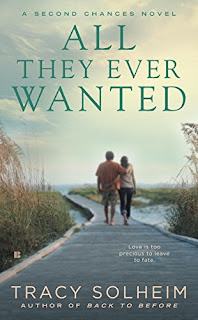 The second book in that series is called ALL THEY EVER WANTED.  It’s due to be released on March 1, 2016.  Readers will get Miles McAlister’s story in this book.  It’s always fun as a writer to be able to introduce a character in one book where the reader sees him or her through a variety of perspectives, but when that character gets his or her own story, you see what actually makes that person tick.  Miles was arrogant and a bit of a jerk in the previous book, BACK TO BEFORE, so it took a lot to redeem him in this one.  But once readers get inside his head and get a glimpse of who he really is, I think they’ll fall in love with him as much as I did.  Of course, his love interest is his adversary, Lori, who works in his mother’s inn. Lori has lots of secrets which makes a relationship with a boy scout like Miles very complicated.  Readers will also get to see more of Patricia and Lamar’s story as their new relationship goes through some ups and downs.

I'm looking forward to it!

I love a book like SLEEPING WITH THE ENEMY that engages me so much that I keep turning the pages well past my bedtime. What’s the last book that kept you reading late into the night?

Most recently, it was THE GIRL ON THE TRAIN. I read it for nine hours straight! But I know that on September29th I’ll be up all night with Julie Ann Long’s THE LEGEND OF LYON REDMOND! I’ve been waiting for this one for years.

I'll be right there with you on the 29th!

Jay and Bridgett’s story has me wanting to book a stay at a Napa Valley vineyard…as soon as I get back from a stay at a Tuscan vineyard. ;-) What getaway location is at the top of your wish list?

Tuscany is definitely on my list, too!  But, I think my ultimate getaway spot is Bora Bora.  The pictures of the huts sitting atop the smooth blue ocean are so amazing that I have to see for myself if it really is that spectacular and colorful there.

The start of football season is just around the corner and I know you’ve done your share of tailgating. What’s your go-to recipe to keep your family’s football fans happy?

This is the recipe we shared on the SWTE recipe cards:

Rotel Snack Cups
Yields: 45 cups
Ingredients
Directions
They’re really easy to make and the perfect food for munching before, during, or after the big game!

Thanks so much for visiting with me today, Tracy. Is there anything else you’d like to add?

Thanks for hosting me, PJ!  It’s always rewarding to have a new book on the shelves, but I couldn’t do what I do without an amazing support group that includes a very devoted husband, two kids who are almost as devoted, ;) great friends and wonderful readers!  I love to hear from readers, so shoot me an email or a Facebook message.  Contact details can be found on my website at www.tracysolheim.com .


As you mentioned, PJ, I’m a big football fan like you, so I’d like to ask your readers how they feel about the game:   Do you have a favorite team?  How about a favorite game day ritual or food?  If you’re not a football fan, I’m assuming you curl up with a good book on the weekends.  Tell me what you’re reading!

I'm giving away a signed copy of GAME ON - the book that started it all - to one randomly chosen reader who leaves a comment on today's post. (US/Canada only)
Posted by pjpuppymom at 12:00 AM