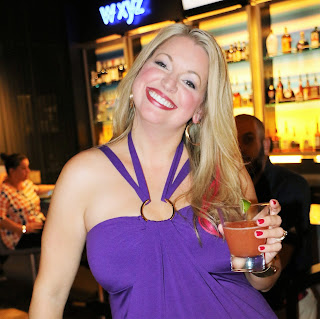 I'm delighted to welcome Elizabeth Michels to my birthday week celebration! Not only is Elizabeth a woman who sparkles with wit and charm, just like her stories, but she is also another September 20th birthday sister. Julie Anne and Elizabeth both share my birthday. That's just all kinds of awesome! Elizabeth's next series, The Spare Heirs kicks off March 1, 2016 with the release of The Infamous Heir. I can't wait!


Elizabeth is the award-winning author of the Tricks of the Ton series and the upcoming Spare Heirs Series.  She grew up on a Christmas tree farm in rural South Carolina. After tip-toeing her way through school with her focus on ballet steps and her nose in a book, she met a boy and followed him a thousand miles away from home to Kansas City, Missouri. They spent their summers visiting his family in Middlesbrough, England soaking up culture, history and a few pints along the way.  Elizabeth attended Park University where she graduated Magna Cum Laude with a BA in Interior Design.

Elizabeth now spends her days creating plots and concocting characters at her home in a small lake-side town in North Carolina. When she is not typing as fast as human movement will allow, she is caring for her husband and little boy. Elizabeth Michels is a lover of happily-ever-afters; whether in her writing life or in her home life, she spends her days with one word on her lips--love.  She invites you to read her stories, get lost and enjoy.  www.elizabethmichels.com

Happy Birthday from THE REBEL HEIR and Elizabeth Michels 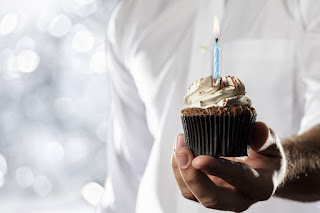 Happy Birthday, PJ! Do you know where we could find some candles of eternal youth for our birthday cakes this year?
I don't, Elizabeth but I'll sure let you know if I do! Thank you for the sneak peek into your new world of spare heirs. I have March 1st marked on my 2016 calendar!

What do you say, readers? How do you keep young? Is it a matter of diet? Exercise? Attitude? Reading lots of romance novels? Let's dish!

Two randomly chosen people leaving a comment will receive a package of books from my prize stash. (U.S. only)

One randomly chosen person leaving a comment will receive a paperback copy of Desperately Seeking Suzanna by Elizabeth Michels. (open to any address serviced by bookdepository.com) 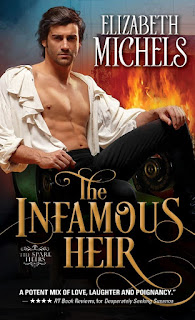 Ethan Moore is the disinherited second son of nobility, and that’s all he should have ever been. But everything changes when his eldest brother’s disappearance grants Ethan the noble family title. Though he expects a lavish season under his new title, Roselyn, the lady his brother left behind, has other ideas. She is determined to solve this case and sees Ethan as the prime suspect.


With the help of a secret society he was once part of, Ethan searches for the truth of his brother’s disappearance. As he battles Roselyn to prove her wrong, an unforeseen attraction kindles between them. While Roselyn will do whatever it takes to prove him guilty, Ethan will do anything to ignite the burning flames rising between them…
Posted by pjpuppymom at 12:00 AM