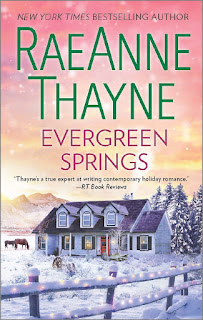 Cole Barrett has a wild past to live down and a full quota of problems to deal with in his present. A former rodeo cowboy as well known for his hard drinking and his womanizing as for his wins on the circuit, Cole wound up in prison after one too many bar fights. Now an ex-con, he has returned to his family’s ranch outside Haven Point, Idaho, trying to restore the ranch to what it once was and trying to ignore his estranged father. Cole cannot forgive his father for leaving him and his younger sister with their grandparents after their mother’s death, and he fiercely rejects all his father’s attempts at reconciliation. His ex’s recent death in an automobile accident left Cole struggling as the single parent of six-year-old Ty and eight-year-old Jazmyn. Cole loves his kids, but he doesn’t know them well, thanks to his ex’s efforts to cut him out of their lives. Ty is a happy spirit, but Jazmyn, an old soul with a heart full of anger and distrust, challenges Cole at every turn.  Then, there is his sister Tricia who showed up at the ranch pregnant with twins and estranged from her husband.  When Tricia sprains an ankle and goes into premature labor, Cole rushes her to the hospital where Devin Shaw is working in ER.

Devin, a childhood cancer survivor, is the golden girl of Haven Point. Not only is she a beloved family physician who returned to her tiny hometown to practice, but she also volunteers to sub in ER, to teach yoga to a group of senior citizens, and generally to lend a helping hand wherever one is needed.  She and Tricia were high school friends, so, of course, when Tricia is admitted to the hospital, Devin is there for her as physician and friend. When Tricia is placed on bed rest, leaving Cole with one more problem, Devin enlists the community to see that the family has meals prepared, she serves as babysitter for Ty and Jazmyn (who fall hard for her), and she eventually finds just the right housekeeper for the Barrett family.

To call the reclusive cowboy and the humanitarian doctor opposites is an understatement, but despite their differences, the attraction between them is strong. Not only does Cole find the lovely physician eminently kissable, but with her in his life, he understands his kids better, he participates in the community, and he even allows Devin’s senior citizens to visit the hot springs on his property. But when Cole realizes how important Devin is becoming to him, he is terrified. No more able to forgive himself for his past than he is to forgive his father, Cole brutally cuts Devin loose, convinced she deserves a worthier man. Even if he comes to his senses and realizes what he is losing, can Devin forgive him and trust him again?

Thayne’s website characterizes her books as “stories of hope, healing, and heart,” a description that certainly proved fitting for her popular Hope’s Crossing books and so far appears just as appropriate for the Haven Point books. Cole stands in need of all three qualities, and although, Devin is less complicated and needy than her hero, she has her own issues that seem hopeless and require a healing touch.

I’m a long-time Thayne fan. In addition to these two series, I’ve been reading her Cold Creek categories for years, and her Women of Brambleberry House trilogy is a favorite comfort reread. Thus, it is painful for me to say that while I found Cole an interesting, engaging character, thought the kids were adorable, and liked the secondary romance enough to wish that Tricia and her husband had their own book—and even though I love Christmas romances as much as I love Christmas chocolates--Devin was so sweetly perfect that she set my teeth on edge. This is the same Devin who we are told in Redemption Bay (book 2) joyously welcomed her father’s illegitimate daughter as the sister she had always wanted. Doesn’t she ever make a wrong move? I know some people are generous spirits for whom giving is the natural choice, but even these people have faults. For me, Devin would have been more likeable and more believable if she had had a few flaws mixed with all that sweetness and light.

If you have enjoyed other books in the Haven Point series (Evergreen Springs is the third) or in the Hope’s Crossing series or if you are a mega fan of small-town romances with Christmas settings and themes, you will probably like this book enough to forgive a weakness in the heroine. I promise Cole’s family alone is enough to squeeze your heart a time or three, and he is a captivating hero. And Haven Point is not far removed from the reality of those of us who live in small towns where people really do prepare meals for the family when babies are born and when family members fall ill or die and friends call around for recommendations when someone needs a nurse or a maid. If things are more ideal in fiction, perhaps that’s a forgivable flaw.