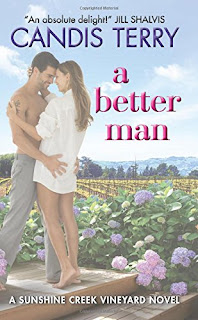 NHL star Jordan Kincade is riding high. He has just helped his team win a game that puts them one step closer to playing for the Stanley Cup, and he is looking forward to extending the celebration to the team’s favorite sports bar. But his mood is shattered in an instant by a phone call from his older brother Ryan with the news that their parents have perished in a helicopter crash while in Hawaii on a 35th-anniversary trip. The loss of his parents makes Jordan realize that his absorption with hockey since he was drafted into the NHL at eighteen has created distance, emotional as well as geographical, between himself and his family. He is determined to change things and be there for his five siblings, even if doing so requires some compromises with his career. However, his resolution almost falters when Ryan asks him to tackle the problem of the youngest Kincade, Nicole, an angry, rebellious seventeen-year-old, beginning with Jordan’s presence at a conference with Nicole’s creative writing teacher.

Lucy Diamond loves being a teacher. She is committed to doing her best for her students. That includes addressing the problems of Nicole Kincade, problems that existed before the deaths of her parents and that Lucy believes are deeper than dropping grades. Lucy hopes that her conference with Ryan Kincade will be productive. To her surprise, the Kincade brother who shows up is not Ryan but Jordan with whom Lucy has a history.

It is hardly surprising that Ryan is slow to recognize that Lucy Diamond is none other than Loucinda Nutter, the quiet, brainy tutor whom Jordan persuaded to accept his invitation to the after-graduation dance, only to stand her up. Lucy has changed more than her name since high school, and the most obvious changes are not the most significant. Surviving a childhood with alcoholic parents and a bad marriage have made her much stronger and more confident than the high school student who worked at being invisible, but she hasn’t forgotten the heartbreak of the teenage girl that Jordan left waiting vainly that night.

Although Lucy and Jordan agree to move past their history and work together to help Nicole, the qualities that sparked an attraction between the teenage brain and jock are still there between the teacher and hockey star, an equally unlikely pair. Lucy wants to believe Jordan is just another celebrity with an oversize ego, but his every action challenges that view. Jordan starts out wanting to make amends for that long ago slight, but soon his involvement goes far beyond atonement. Can Lucy trust herself and Jordan enough to risk her heart?

With A Better Man, Candis Terry introduces her new Sunshine Creek Vineyard series. Washington state may be a long way from Texas, but the new series promises the same warmth, wit, and rich family dynamics that made this author’s Sweet, Texas books a hit with many readers. In this first novel, Terry does exactly what a romance author needs to do when beginning a series: she hooks her reader on the world of the series while at the same time offering a compelling romance between the hero and heroine. Washington wine country and the struggles of a family-owned vineyard provide an interesting background, and the Kincade brothers are practically a catalog of favorite hero types. In addition to hockey player Jordan, the brothers include single-father Ryan, the eldest and general manager of Sunshine Creek Vineyard; Declan, Jordan’s fraternal twin and a multimillionaire financier; Parker, a successful chef; and Ethan, a wildlands firefighter. Nicole, Ryan’s nine-year-old daughter Riley, and eccentric Aunt Pippy round out the family. A mystery concerning money missing from the business adds a complication.

Intriguing as the family is, Terry keeps the focus on the second-chance story between her two likeable and humanly flawed leads. Their romance is tender and sexy, and their commitment to helping the troubled Nicole is real. I enjoyed A Better Man, not least because I love the romantic gesture and Jordan makes a grand one that is perfect for this couple. If you are a fan of contemporary romance, you should check this one out right away. It comes with a Janga recommendation. Meanwhile, I’m keeping my fingers crossed that Ryan’s story is next.