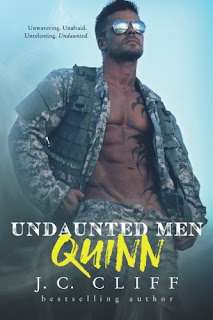 Alexis "Lexi" Moretti is on the run. Vince, her ex, a man she's been good friends with since childhood - has framed her for murder in order to force her to marry him. Lexi may be the daughter of a mafia boss but she's about as far from the stereotypical Mafia Princess as she can get. She's a down-to-earth, animal-loving woman who trusts easily and looks for the best in people. She's tried to give Vince the benefit of the doubt but he's changed from the boy she loved into a monster she no longer recognizes and when faced with the evidence of what he's done, she knows her only option is to get as far away from him as possible. With another friend's help, she disappears onto the Appalachian Trail with a map, a backpack filled with supplies and a plan to reach a safe house many miles away. Unfortunately, Lexi is not an experienced hiker, a fact that's all too evident when her first night on the trail, she can't even get a fire started. How the heck is she going to make it to the other end?

A former Army Ranger, handsome, hard-bodied Quinn works hard and plays harder. King of the one-night stands, he never sleeps with a woman more than once and will never give his heart away. Been there, done that, and suffered a devastating betrayal as his reward. Quinn now runs a private security company with a group of ex-military friends. When the call from mafia boss Tony Moretti comes in, Quinn knows it's time to settle the debt he owes the man for saving Quinn's life during a FBI operation in which the Moretti family co-operated. With his trusty (former military) canine at his side, Quinn heads into the wilderness to track Moretti's daughter and return her safely to her father. He's been told she's pregnant, running away from the baby's father, and, oh yeah, wanted for murder.  Quinn and his dog find Lexi the first day, come to her fire-making rescue, and convince her to let them hike with her. It doesn't take long for Quinn to begin questioning what he's been told. After a few days, he's convinced the woman hiking by his side could never murder anyone and when they're ambushed by two men who have clearly been tracking them, he knows things are about to get a lot more complicated. They go off-trail in a race to reach safety but this roller coaster ride is just beginning and things will get worse - much worse - before the end.

Quinn I and Quinn II tell one story in two books with Quinn I ending in a cliffhanger and Quinn II picking up the story from there. I was excited when I read the summary of these books. This is the type of book I usually enjoy: suspense, action, outdoor adventure, an emotional roller coaster and plenty of sizzle...plus a dog that stole my heart right along with Lexi's. The potential was there for a terrific read. Unfortunately, for me, the reality didn't live up to the potential. Both books are written in first person with the hero and heroine's points of view being told in alternating chapters. The writing felt stilted and diminished the tension and emotional impact for me, pushing me out of the story more than it pulled me in. However, the author does tell a good story and the trials Lexi and Quinn endure - and overcome - on the trail and feelings growing between them had me rooting for them to defeat the villains and claim their happiness by the end of book one. Then came book two.

To say I was disappointed in book two would be a massive understatement. Furious would be a better 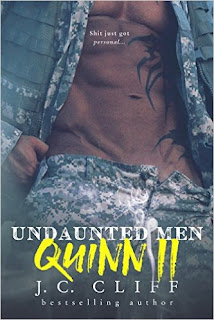 word. Kudos to the author for having the ability to arouse such intense emotions with her writing but these are not the emotions I desire in the romances I read, even if they are dark erotic thrillers. The mental and physical torture was just beginning for Quinn and Lexi and Lexi, in particular, was about to be taken to a very dark place; a place I do not want my romance characters to ever be taken. There is obviously an enthusiastic reader audience for these books. One has only to browse the numerous 5-star reviews at Goodreads to ascertain that. But not every book written is a good fit for every reader and Quinn II was not a good fit for me. While I was uneasy about the direction the story was taking in Quinn II, I continued to accompany the characters on their journey, hoping the author wouldn't cross my personal line of no return...until she did. If I hadn't made a commitment to review this book, I would have thrown it against the wall right there and then. By the last few chapters of the book, I was fed up with all of the characters. I wanted to tell Lexi to grow a backbone, then run as far and as fast as she could from all the domineering, "I know what's best for you" men in her life. Including Quinn. Lexi and Quinn do finally find their happy ending but, unfortunately, by that time I could find neither joy nor satisfaction in it.