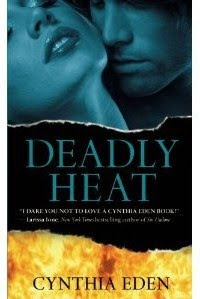 The fire came at him, fast and hot. The orange flames licked across the floor, climbed the walls, and rolled in hungry waves.

The screams filled his ears. His mother’s cries. She called for him, over and over, but he didn’t answer her. Couldn’t. The flames and smoke had stolen his breath, and all he could do was watch.

So beautiful. The flames danced for him. Danced and whispered. Crackled and rose. He couldn’t look away. Didn’t want to.

Smoke billowed around him, trapping him in a fog. His fingers curled tight over his precious prize. Won’t let go. Won’t ever let go.

The fire touched him, biting his arm, but he didn’t cry out.

And his mother stopped screaming. Just like his dad had stopped. He’d stopped long ago . . .


Firefighter Lora Spade has seen her share of fire casualties, but when she watches the life drain from her boyfriend’s eyes while fighting an arsonist’s fire Lora realizes the city she calls homes needs help. So as she wipes away the tears she lets no one see, Lora calls the FBI elite Special Services Division (SSD) and begs them to track down the man who is killing people with fire.

Special Agent Kenton Lake is one of the best agents in the SSD. His ability to find sadistic, serial killers is unparalleled. Kenton’s latest assignment is to find the sick bastard who has been trapping innocent people in a building and then setting the place ablaze. When Kenton arrives at an undisclosed location to meet with a possible informant on the case, he smells smoke, sees the fire and hears a man from within the building yelling for help. Being the noble man he is, Kenton runs into the burning building. Once inside the burning building, Kenton is faced with a couple firefighters, one of which is determined to get Kenton out of the building. But the need to keep his informant alive, Kenton fights off the firefighter . . . only to be slugged hard, very hard, in the jaw and dragged out of the building.

“Idiot!” The snarl came at him the minute the oxygen mask was shoved onto his face. Kenton looked up, gaze narrowed against the smoke that still burned his eyes, and saw the firefighter—the asshole who’d slugged him—jerk off his helmet and mask –

Um, her helmet and mask. Not a man, there. No way.

He swallowed and choked a bit.

He could make out her eyes even better now. Gorgeous, shimmering gold, so clear and deep and –

As Kenton and his fellow SSD agents begin working the case, the only thread of commonality they find is all of the fires are located in the area covered by Lora’s fire station. As the intensity and brutality of the fires grow, Kenton decides to go to the media and state the man they are looking for is a sick individual, one demented and need of help. As the arsonist watches the news conference, he becomes enraged that Kenton has stolen his limelight and turns his eyes and matches towards Kenton. Throughout the investigation, Kenton and Lora have been working closely and an undeniable attraction is palpable. Aching to feel again after the lost of her boyfriend, Lora welcomes the lust between her and Kenton and enjoys their sexy interludes. Kenton has no complaints either. He thinks of Lora all day long and longs for their nights together. This woman has done what no other woman has – she has captured his heart. But when the arsonist begins stalking Kenton and Lora and mentions this during a call to a news station, the case suddenly becomes personal. Very personal! Kenton will not stop until the man is caught. Sometimes you have to stand in the middle of fire to catch the person who starts it.

This is the first book by Cynthia Eden I have read, and man it will not be the last!! She grabbed me at the first page and didn’t let me loose until the very end. Ms. Eden kept my heart racing throughout the entire book, and not just at the steamy loves scenes. Kenton and Lora are two very strong personalities, I would actually call them both alpha characters, but somehow, someway Ms. Eden makes it work. I can’t imagine either character being with a weaker partner. The intensity of the investigation is high and that intensity doesn’t let up in the bedroom either. There are a whole host of secondary characters that need their own stories, and I can’t wait for the next installment in the Deadly Series. Each one of the SSD agents need their own happily ever after.

So, if you are looking for a real page turner, one that will keep you up late into the night, I would highly recommend Deadly Heat. You won’t be disappointed. And you are bound to enjoy the sizzle!