Sorry for the delay in getting today's reviews posted. I'm having internet access issues. Hope you all enjoy this month's Stock Up Saturday reviews. Gannon, thanks for introducting me to two new-to-me authors and two books I'll definitely be adding to my buy list!
~PJ 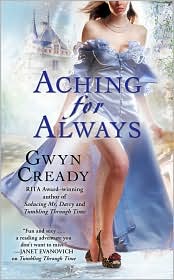 
Josephine “Joss” O’Malley has been running her mother’s map-making company for years, trying desperately to keep it afloat. Her fiancé, Rogan Reynolds has been a help, since his company bought out Joss’s late father’s company, but she’d rather not ask for another loan, even if Rogan will soon be her husband. One night in an alley near her office, Joss stumbles into a man who emerges out of nowhere from a shower of sparks, and her destiny takes a turn she could never have imagined.

Hugh Hawksmoor has traveled three hundred years into the future to right the wrongs that Joss’s father, Alfred Brand, caused when he traveled to the past. But even more important to Hugh is that he avenge the death of his brother who was murdered by Brand. Attraction and desire surround Hugh and Joss like mist from the sea, but that may not be enough to undo all the damage from the past. Joss has the map that Hugh has come to find, but they must journey back to the past together to make things right. Will they find love and happiness in the 18th or the 21st century? 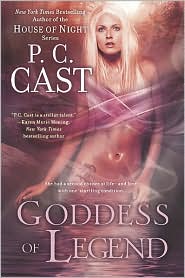 
Isabel is a jaded photojournalist who has gone back home to Oklahoma to recharge her batteries and hopefully find inspiration again. When her car plunges off a bridge into a lake, she is on the edge of death, until she is saved by the Water Goddess. The price of her life is a favor that the goddess wants: for Isabel to travel back in time to Camelot and seduce Lancelot, taking him away from Queen Guinevere. Isabel thinks this is all too weird for words, but she agrees. After all, Lancelot is supposed to be incredibly handsome, so seducing him shouldn’t be such a hardship, right?

Unfortunately (or maybe fortunately), the first person that Isabel meets is the tall, dark, incredibly sexy King Arthur. Mesmerized by his magnetic personality and his beautiful deep green eyes, Isabel feels like she is the one who is in danger of being seduced. Compared to Arthur, Lancelot is a mere boy, albeit an attractive one. But Isabel knows she must keep her bargain with the goddess, even as she loses her heart to a king.

This is my first P.C. Cast book, but it most definitely won’t be the last. One of Cast’s Goddess Summoning books, Goddess of Legend is charming, witty and romantic. Pick up a copy and lose yourself in the legend of Camelot….and get swept off your feet by a king.


One lucky commenter will win a copy of Aching For Always by Gwyn Cready. The winner will be chosen by random.org. Good luck, everyone!
Posted by pjpuppymom at 7:45 AM