Lately, I have been hearing a lot of buzz about a new show from the creators of Grey's Anatomy. This new show (called Off The Map) is also a medical drama, only it is set in a tiny village in a South American country. While the premise of the show (young doctors trying to save the world) does peak my interest, it really is the beautiful scenery in the previews that attracts and holds my attention. And honey, I don't mean the mountains or the beaches!!

Let me introduce you to one of the main characters of this new show -- Ben Keeton. This man pretty much has it all -- sexy eyes, hair that is begging for my hands to run through it and an accent that sends shivers down my spine. Oh yeah, he's a doctor too! 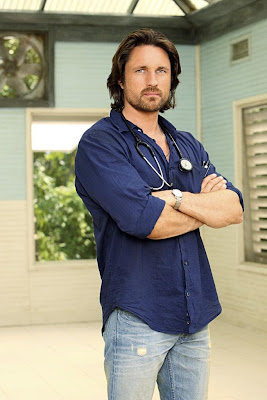 As I began researching Martin Henderson, the actor how plays Ben Keeton, I learned a couple interesting facts. He was born in Auckland, New Zealand -- thus the spine-shivery accent. He is a man who takes his craft seriously -- when he moved to the US to try acting, he enrolled in a 2-year program to hone his skills (this was after he was acknowledged as an accomplished actor in New Zealand). But as I gazed into those beautiful green eyes, I realized I have been lost in them before. Not in person, of course, though I wish that were true! Martin Henderson played a pivotal role in one of my favorite movies -- the Bollywood hit, Bride and Prejudice. Martin played the character Darcy. 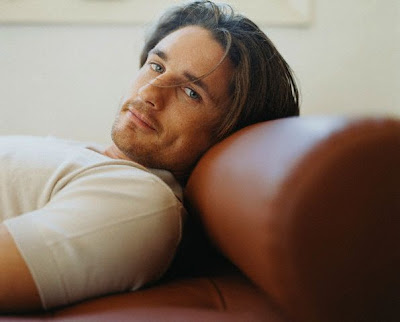