Baby, it's cold outside! Here in the U.S., we've been battling snow, ice and freezing temperatures. Perfect weather for curling up on the couch with a warm blanket and a good book. Here are a few that we recommend. 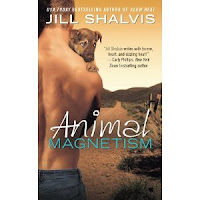 
Brady Miller’s ideal Saturday was pretty simple---sleep in, be woken by a hot, naked woman for sex, followed by a breakfast that he didn’t have to cook.

With that first sentence---which made me chuckle---I was hooked. Brady Miller is prior military (Army Special Forces), a pilot-for-hire, and photographer. Oh, and he’s also tall, dark, and handsome. He returns to Sunshine, Idaho to visit his foster brothers, Adam and Dell. Brady doesn’t plan on staying long, which is how he likes to live his life. Free, simple, and no complications. But all that changes when he has a run in with the local kennel owner.

Lilah Young is the co-owner of the only kennel in the small, charming town of Sunshine. Perpetually broke, but dedicated to the animals she cares for, Lilah gives new meaning to the phrase “burning the candle at both ends.” And now she runs into the back of a truck parked at the local convenience store. Even worse, the owner of the truck sees it all happen in living color. But when Lilah meets Brady Miller, owner of said truck, she forgets all about how bad she feels, because he makes her feel something else entirely...all hot and bothered.

This is the start of a new contemporary series by Jill Shalvis, who writes some of the hottest, wittiest books out there. I told my husband how much I loved this book, and he said, “I could tell. You kept laughing out loud.” Very true. Brady and Lilah are such “real” characters that I couldn’t help but fall in love with both of them. Lilah is someone I could definitely picture being friends with. She’s loyal, loving, and independent, but she can’t help falling for Brady. I know how she feels. Big, tough, no-strings-attached Brady falls hard for Lilah and her menagerie of animals. How are you supposed to resist a man like that?

Pick up a copy of Animal Magnetism and treat yourself to a few hours of laughter, sizzling sex, and happily-ever-after romance.

How to Marry a Duke
By Vicky Dreiling
Publisher: Forever
Release Date: January 4, 2011

After thirteen years of working hard to put the family’s coffers to rights, Tristan Gatewick, Duke of Shelbourne, realizes it is time that he marry and produce the required heir. At almost thirty-one, the dukedom has been at risk for too long. Yet he doesn’t want any of the giggling misses who constantly drop their handkerchiefs, fans, and gloves whenever he passes. He wants a woman of substance. One who is an angel in the ballroom and a temptress in private. And love is not necessary. So, he acquires the help of matchmaker, Tessa Mansfield. She has successfully paired several couples, including the most recent match of her dear friend and a marquess. When the duke approaches Tessa in regards to finding him a bride, she can’t refuse as this match would absolutely make her career. She assembles 24 eligible ladies for him to narrow down and settle on one. During the process, Tessa and Tristan spend a lot of time together . . . which leads to more than just an employer/employee relationship. Tristan is stuck between a rock and a hard place with keeping his promise (which, if broken would bring scandal to his family) and his growing feelings for Tessa. Tessa, on the other hand, is struggling with doing what is right for the duke, her own feelings for him, and a secret from her past that could destroy everything.

Touted as The Bachelor in Regency England, How to Marry a Duke is Vicky Dreiling’s debut and I found it to be quite entertaining. Tessa and Tristan were engaging and had me rooting for them and their relationship. The secondary characters (of which I’m sure the next book is about) were a great addition to the story. If you are a stickler for historical facts and accurateness, you may find fault with this story, but for me, this one was pure enjoyment.

When Tessa Sheridan's mysterious illness caused her to lose her dream job in the city she had no choice but to come home to Destiny and her mother's care. But she's beginning to learn to live with her now diagnosed Crohn's disease and is ready to stop being coddled by everyone and start living again. She moves into a house in the woods, starts her own interior design business (though no clients have shown up yet) and is contemplating taking a walk on the wild side by trying skydiving when the "wild side" moves in next door in the body of a long-haired, heavily muscled, tattooed and very sexy biker who has Tessa's internal engine ready to roar even while he scares the heck out of her, especially when she realizes who he is!

Lucky Romo has lived a rough life and done bad things since turning his back on Destiny almost twenty years ago - things that shame him, haunt him and almost certainly make him unfit to consider any kind of relationship with sweet, shy and oh-so-sexy Tessa Sheridan. But he can't seem to stop himself from flirting with her, and when she flirts back...let's just say the sparks are hot enough to set the forest on fire!

As they grow closer, Tessa begins to realize that there lies a good heart within the bad-boy biker. This is especially evident when we see his reaction when Tessa suffers an attack of her disease. (That's when he won my heart too.) Lucky's keeping secrets though: about why he's back in Destiny, what he did during all those years he was gone, why he hasn't spoken to his parents or brother (the hero of Sugar Creek) in all that time and why the past, if it catches up to him, could put Tessa and everyone else he cares about in danger. When all is finally revealed, will it be too much for a good girl to handle? Or will Tessa, his family and the people of Destiny be willing to give Lucky Romo a second chance?

Whisper Falls is a wonderful addition to Toni Blake's Destiny series. I have to admit, I was blown away by the first book in the series, One Reckless Summer and had serious doubts that Blake would be able to top that one but she's done it with Whisper Falls. I read it from cover to cover in one day. Could not put it down. Lucky and Tessa were so compelling, so complex; both emotionally wounded by the circumstances of their lives but survivors. I liked them, cheered for them, cried with them, yelled at them (hey, they deserved it!) and - finally - laughed, danced and sighed with delight over an absolutely perfect ending.

If you haven't read Toni Blake yet, now's the time to get started. I highly recommend this book and the previous two in the Destiny series: One Reckless Summer and Sugar Creek.


What have you been reading lately? Any good books you'd recommend? We have an ARC of Animal Magnetism and a published copy of Whisper Falls to share today. Leave a comment on the blog and we'll use random.org to choose two winners!


Note: Please remember that ARCs (advanced reader copies) are not to be sold.
Posted by pjpuppymom at 12:05 AM