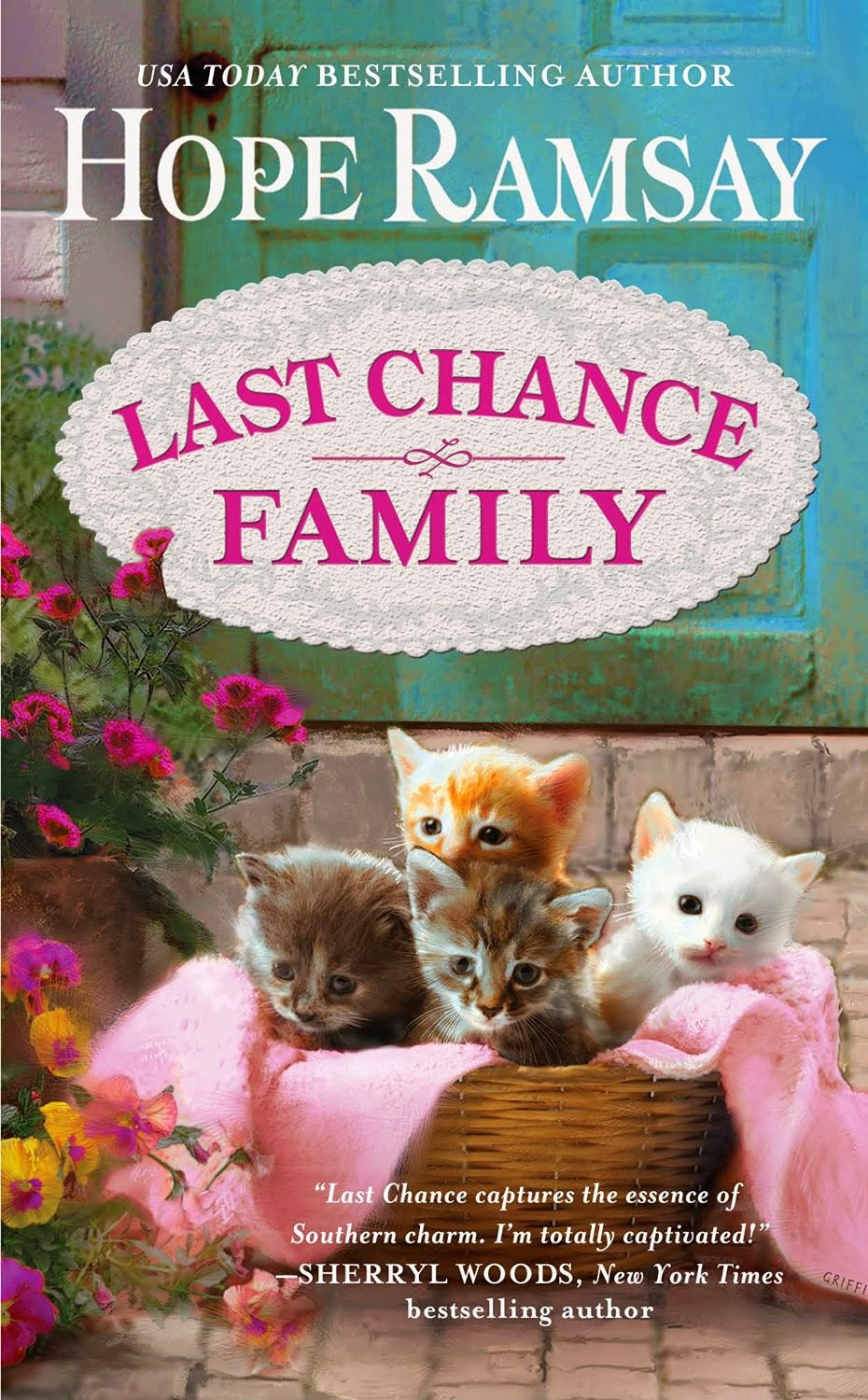 A gambler by profession, Mike Taggart has been on his own since before he turned eighteen when he ran away from an alcoholic mother and her abusive boyfriend, but he has always felt guilty that his leaving left his younger half-sister, Angie, with no defender. Now Angie is dead, the victim of Chicago street violence, and Mike has become the guardian of Angie’s five-year-old daughter Rainbow and Rainbow’s inseparable companion, a cat named Tigger. Mike has traced his half-brother, Timmy, whom he hasn’t seen since Mike was five and Timmy was three, to Last Chance, South Carolina. Mike is willing to support Rainbow financially, but he wants a better life for her than she will have in Vegas as the ward of a poker player, even a winning one. He believes Timmy, now the Reverend Timothy Lake, pastor of Last Chance’s United Methodist Church, can give the child the life Mike wants for her.

Dr. Charlene Polk is an assistant veterinarian and a member of a prominent Last Chance family. With thirty in her rear view window, Charlene is more than ready to be a wife and mother, but she has a history of choosing the wrong man. Her latest crush is her boss, a sweet, good-looking man who is uninterested in romance with Charlene or with any other woman. She meets Mike and Rainbow when they show up with a sneezing Tigger at the animal clinic where she works. She wants nothing to do with Mike, or so she tells herself after labeling him a self-centered bad boy, but in the lonely, hurting, mixed-race Rainbow, Charlene sees not just a child in need of love but a means to redeem the greatest mistake of Charlene’s life.

Mike is happy to see Charlene and Rainbow bond. If he can only get Charlene and Tim together, they can be the family Rainbow needs. Mike thinks he can ignore his own attraction to Charlene. But throw three kittens, a bachelor auction, a matchmaker’s ambiguous message, and Charlene’s controlling, bigoted parents into the mix, and things get really complicated. It takes a crisis for Mike and Charlene to realize they are Rainbow’s best chance at building a new Last Chance family.

This book is the eighth in Hope Ramsay’s Last Chance series. Last Chance, with its Southern accents, more than its share of eccentrics, busy church ladies, and a steady flow of gossip, mostly benevolent, has a familiar feel to me. I have enjoyed my visits to this small town, and the new one has the humor and heartwarming quality that have characterized the series—even if Golfing for God fails to be a significant factor in this one. Mike and Charlene are appealing characters—unconsciously funny, vulnerable, and genuinely likeable--and Rainbow will touch readers’ hearts.

If you are a fan of the contemporary small-town romance, you should certainly add the Last Chance books to your reading list. Last Chance Family works well as a standalone, but I’m betting that if you read it, you will want more of the town’s stories. I read somewhere that this was the last book in the series, but book #9, Last Chance Hero, is set for a June 30 release. It features Ross Gardiner, fire chief, and Sabina Grey, antique store owner, both of whom have minor roles in Last Chance Family. I’m happy that I’ll have another chance to visit Last Chance.