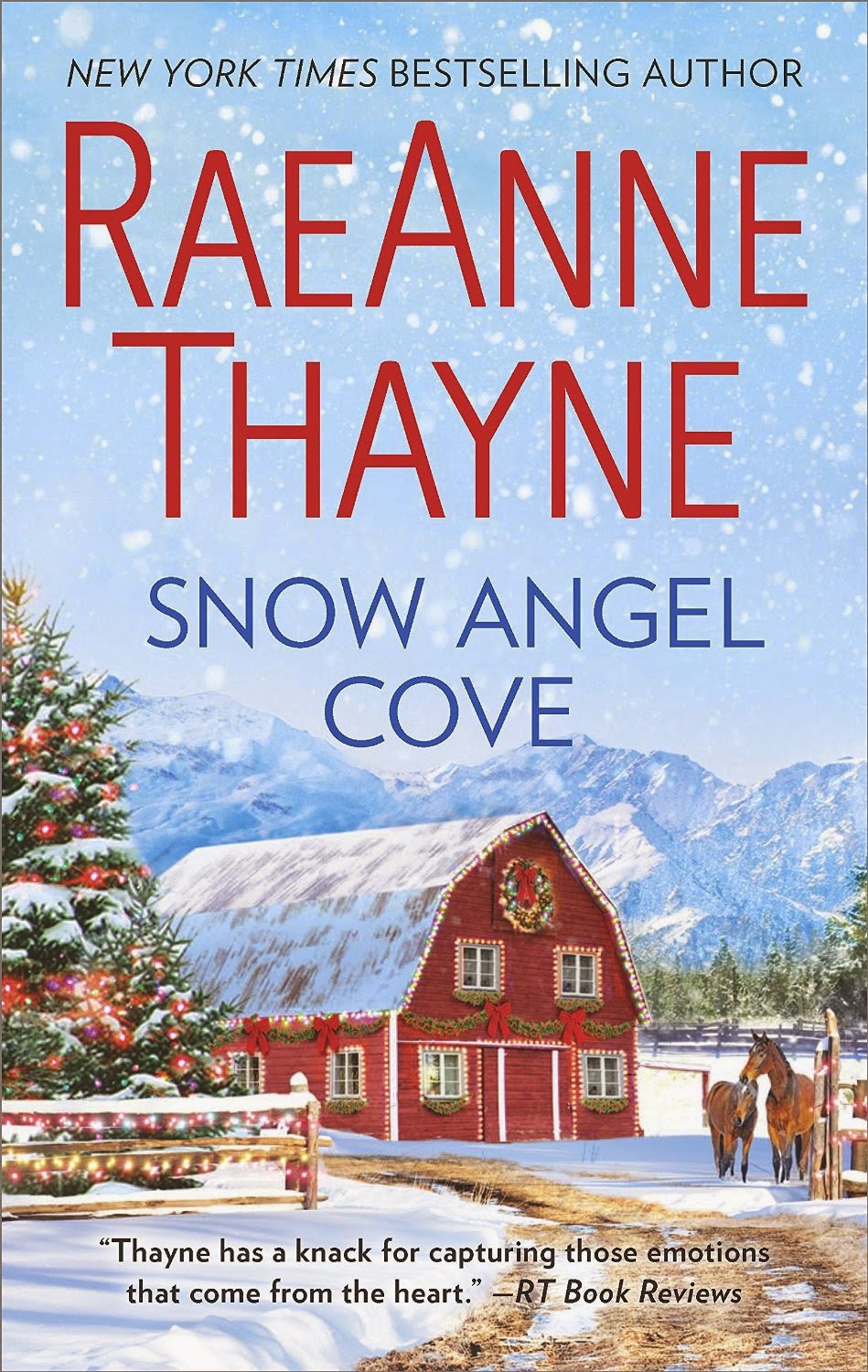 Eliza Hayward’s world has suddenly become dismayingly literal. She and her five-year-old daughter Maddie arrive in Haven Point, Idaho, shortly before Christmas, prepared to begin a new phase in their lives only to find the inn where Eliza expects to be employed as manager and the apartment where they plan to live going up in flames—literally. As if that were not enough of a blow, Eliza receives a literal blow when an SUV skids and hurtles toward Maddie. Eliza saves her daughter, but the SUV strikes her. The blow is a glancing one, but the impact is enough to knock Eliza off her feet. Bruised and suffering from a concussion, she finds herself, despite her protests, being treated in an emergency room by a doctor who insists that Eliza is in no shape to drive back to Boise, especially in light of the winter storm that has arrived. Clearly there is no room in the burned inn, but since the inn’s guests have taken all the available space in Haven Point and the neighboring town, there is no room elsewhere either.

Intellectually, Aidan Caine knows that black ice caused the accident, but emotionally he is plagued by guilt that his rental SUV struck Eliza. Founder and CEO of Caine Tech, Aidan has recently bought a sizable portion of Haven Point, including Snow Angel Cove, a ten-bedroom lodge where he plans to host a Christmas gathering of the Caine family, twenty-strong. Recent experience has made him realize just how important his family is. He has ample room to offer Eliza and Maddie a refuge for the night, and doing so will be a step toward alleviating his guilt. Now if he can only convince Eliza to accept his offer.

Aidan Caine is the last person from whom the independent Eliza wants to accept help. He doesn’t know her, but she holds him responsible for the cold-hearted rejection of her late husband’s invention, a rejection that led indirectly to his death. The world may see Mr. Caine as the Geek God, but she sees him as the enemy. But between the urging of Aidan and the doctor and a shattering headache from the accident, Eliza can’t hold to her firm rejection of his offer. Soon she and Maddie are settled into guest quarters at Aidan’s luxurious lodge. By morning, Aidan has another offer she can’t resist. He needs someone to get his newly redecorated lodge guest ready before his family arrives and to help his housekeeper during the reunion. He persuades Eliza that his need is real and that she will be doing the same kind of work she would have done at the inn, just on a private level. The salary Aidan offers and a place for Maddie to be part of a family Christmas make it impossible for Eliza to say no.


The more Aidan sees of Eliza, the more attractive he finds her. And sweet Maggie with her bright courage in the face of the juvenile cardiomyopathy that complicates her life easily steals his heart. Aidan’s love for his family and his care for Maddie show Eliza that he is not the aloof genius absorbed in counting his millions that she believed him to be. But Eliza is determined not to give her heart or that of her child into the keeping of a workaholic who can’t share his secrets even with his loving family. Can Aidan change in time for the gifts of Christmas to include a happily ever after?

I fell in love with RaeAnne Thayne’s Hope’s Crossing series with Blackberry Summer, eagerly read the other six books in the series, and was sad when she announced the end of what had become one of my favorite small-town series.  I was delighted when I learned that Aidan Caine, one of the Hope’s Crossing Caines, was the hero of the first book in Thayne’s new Haven Point series. Snow Angel Cove is a perfect bridge between the two series. Not only does it feature a Caine hero, but the family Caine—three generations of them, including the new additions by marriage—visits Aidan for a Christmas reunion. This first book also introduces enough citizens of Haven Point with intriguing bits of their stories to assure readers that Thayne has more heartwarming stories in store for her readers.

Eliza and Aidan are a winning duo. Eliza’s fierce independence makes sense when the reader learns the details of her marriage and Maddie’s health history. Aidan is saved from being just another billionaire hero by his physical and emotional vulnerabilities and by his essential Cainness. Maddie is a darling, and Sue and Jim, the caretakers of the lodge, are amusing and endearing. All in all, I think Thayne has another winning series on her hands.


If you are a Hope’s Crossing fan, I think you will love this book. If you have never read RaeAnne Thayne, why not start with this sweet and tender Christmas story? It is definitely on my list of recommended Christmas reads for 2014.