PJ here. Today, I take a step away from romance with a review of a beautifully written, thought-provoking story that captures the heart and touches every emotion therein.  Here are my thoughts on Dollbaby, the stunning new coming-of-age novel from Laura Lane McNeal. 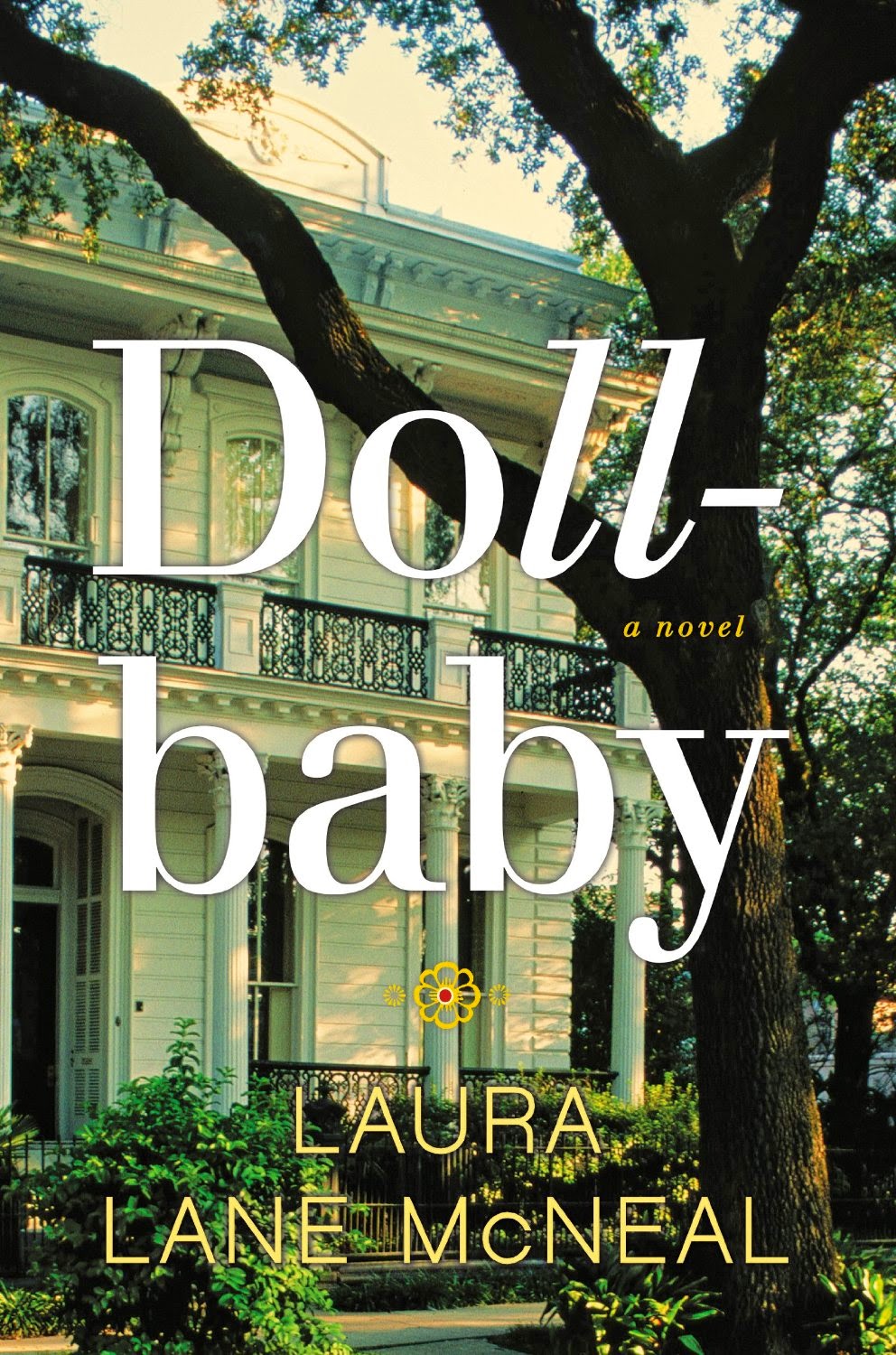 It was the sultry, and tumultuous, summer of 1964 when Liberty "Ibby" Bell's mother unceremoniously dumped her in front of her grandmother's home in New Orleans with nothing more than a single suitcase and an urn holding her father's ashes then drove off to "find herself." Eleven-year-old Ibby had barely begun to come to terms with her beloved father's untimely death and here she was, in a strange city, foisted upon her father's mother - an eccentric woman she'd never met and, until a few years earlier, hadn't even known existed - not to mention her grandmother's black cook and the cook's smart-mouthed daughter. Ibby had never even seen a black person before! Life as she had known it would never again be the same.

Fannie Bell has lived in the old house on Prytania Street since she was a young bride; a house that has seen its fair share of joy and despair over the years. At one time, its walls reverberated with the laughter and running feet of exuberant children but for the past twelve years, since Fannie's dear son married "that woman" and moved north, it has only held painful memories of the past for a woman who battles untold demons. When her son's daughter appears on her doorstep, Fannie is determined to not waste the second chance she's been given but when her demons reappear it's up to Queenie and Dollbaby to hold things together.

Queenie has always known her place and been content with it. As Fannie's cook, she has done her best to keep the Bell household - and Miss Fannie - on track for more than thirty years. She probably knows Miss Fannie better than anyone; knows her strengths, her weaknesses, her secrets. It's Queenie who keeps things on an even keel but the unexpected arrival of Ibby has stirred things up within the old house on Prytania Street. And speaking of stirred up, Queenie's daughter Dollbaby is plenty stirred up. As a young woman of color, Dollbaby is not content with her lot in life. She's a woman with ambition, dreams and hidden resentments threatening to spill over.

In Dollbaby, Laura Lane McNeal has expertly crafted an enthralling coming-of-age story set amidst a time of social upheaval in the American south. Spanning a period of eight years, it follows the story of four women - two white, two of color - as they navigate the sometimes perilous, sometimes humorous and frequently poignant emotional waters of their complex, sometimes complicated relationships. Through the thoughts and actions of the characters, the reader is given insight into the challenges and injustices of the time which vary not only by color but by generation as well. I don't know if the author experienced the sixties first hand but, as someone who was slightly older than Ibby at the time the story takes place, I can tell you that she captured the mood of the nation exceptionally well.

But while the civil unrest of the sixties and the unique city of New Orleans are a rich backdrop for this story, it's the characters that provide the soul. Complex, multi-layered, fully developed characters with lessons to teach, lessons to learn, secrets to confront, truths to reveal, forgiveness offered...and love accepted. It's an enthralling, fascinating exploration of the complexities of class, race and gender in the pre-segregation south and how those facets are woven together to create the fabric of the relationship - no, of the family - formed by these women. It's a story you can sink your teeth into.


Have you read Dollbaby? To me, it has the same rich southern flavor and evocative feel as Sue Monk Kidd's The Secret Life of Bees. Others have compared it to Kathryn Stockett's The Help.

Do you enjoy coming-of-age stories?

Have you been to New Orleans? What's your favorite memory of the city?

I have a signed hard cover copy of Dollbaby for one randomly chosen person who leaves a comment today. (U.S. only)