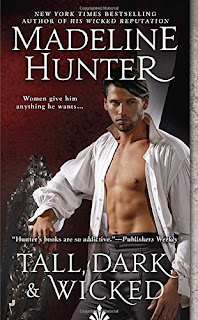 Lord Ywain Hemmingford, eminent barrister and younger brother of the Duke of Aylesbury, is accustomed to being asked to perform services, legal and extralegal, for the Crown, but he is not prepared for the complications that accompany the case against one Hadrian Belvoir, a man suspected of involvement in counterfeiting and perhaps conspiracy. Ives, as he is known, has an uncomfortable passion for justice and a growing concern about the fact that many in the Home Office are so concerned about the threat posed by political radicals that they are eager to disregard the liberties of British citizens. Not only does the scholarly Belvoir seem like an unlikely conspirator, but his daughter Padua, who approached Ives about taking her father’s case, appears to personify the perfect mistress whose qualities Ives was enumerating when his butler announced that she had called.

Padua Belvoir teaches mathematics and natural science at a school for girls and tutors some of the more promising girls in advanced math and radical ideas about women’s rights, but her teaching is merely a means to save the money that will allow her to go to Italy and study at the university where her late mother studied. Padua has had a distant and uneasy relationship with her father since her mother’s death, but her strong sense of duty and a promise she made to her mother compel her to do all she can to see that he is released from prison. She cannot believe that her father, a man for whom the life of the mind holds more attraction than the world around him, is a criminal. Ywain Hemmingford with his reputation for aiding those wrongfully accused seems to be her best hope. Even when she learns that he will be her adversary, he proves to be an asset.

Ives senses that there is more to the Belvoir case than is readily apparent, and he can’t stop thinking about Padua. The combination compels him to delay his response to the Crown’s request that he prosecute and investigate. The more he discovers, the more suspicious he becomes. And the more time he spends with Padua, the greater his desire for her becomes, not just physical desire but a desire for real intimacy. Padua refuses to wait on the sidelines while Ives untangles the mystery surrounding her father’s imprisonment. Having played the fool over a man once, she is equally determined to ignore her attraction to Ives. But his kisses are potent and the way he makes her feel is irresistible. Soon even intelligence and experience are not enough to keep her from tumbling heart over head for this sexy barrister.

I love intelligent romance fiction, and when she is at her best, nobody does smart romance better than Madeline Hunter. She is at her best in the Wicked books. His Wicked Reputation was superb, and Tall, Dark, and Wicked is better. This time the history lesson, delivered with several heaping spoonsful of luscious romance and a generous serving of mystery, focuses on England’s legal system and a period when the obsessive fears of the powerful led to an abridgement of rights. All this and a Dantean view of “coining” (counterfeiting) as a threat to the order of the kingdom and thus logically connected to insurrection had me fascinated from the beginning.

Yet, for me, character is always the most important element, and both Ives and Padua (not names the reader is likely to confuse with other protagonists) are deftly drawn characters who are vital, likeable, and credible for their time. Padua is not typical in any way. Educated, intelligent, independent, and assertive, she considers herself too tall and too unfashionable to be beautiful. I particularly appreciated that her independent streak does not override her intelligence. She may do so reluctantly but she does accept help from Ives when she loses her job. When she does act independently, her choices are reasonable given her circumstances and historical reality. Ives has a sharp mind, a kind heart, and a stern conscience, and he loves Padua for all that she is. These qualities are as much a part of him as his wealth, social status, and good looks. He is a hero who inspires admiration as well as lusty appreciation.  And I love that these two talk to each other. Their dialogue—smart, witty, and revealing--is one of the novel’s strengths.

The secondary characters are also strong. Padua’s good-hearted, fluttery employer, the lawyer who takes her father’s case, Ives’s conflicted connection at the Home Office—all have a satisfying dimensionality. Of course, the bonds that link the three brothers are an important part of the story. I love their interactions that seem sufficiently masculine and yet clearly reveal the love these brothers have for one another. Fans of the first book will be particularly pleased to see Gareth and Eva, and it’s a plus that their appearance is quite natural to the story rather than an author’s reminder that this is a series. Lance, the dukely brother, shows that he is hero material, but he does so in a manner that is integral to this story rather than setting up his own book. His story, The Wicked Duke, concludes the trilogy in the spring (May 31, to be exact).

If you like romance that is as smart as it is sexy and as rich in history as in passion, add this one to your books to be read ASAP.