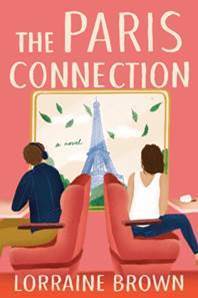 When Hannah and her boyfriend, Simon, set out to Amsterdam, they’re confident that they’ll make it to his sister’s wedding in time. However, unbeknownst to them, their train is scheduled to divide in the middle of the night. And when it does, half of it continues the route to Amsterdam. And the other half—the one with Hannah in it—heads three hundred miles away, to Paris. Left without her belongings or hope of reuniting with Simon, Hannah has no choice but to spend the day in Paris before the next train out. Worse than being stranded in a foreign city alone? Being stuck with Léo, the handsome but infuriating Frenchman who blames Hannah for his own unwanted delay. The series of mishaps that sends them traipsing through the City of Light is only further proof that Hannah’s day has gone from bad to worse. But as she takes in the glorious sights of the city—and spends more time with Léo—Hannah discovers that the unexpected detour might actually be leading her to the life she was always meant to live . . .
PJ's Thoughts:
If you're feeling the travel deprivation (as I am) you're going to enjoy this debut novel by Lorraine Brown. It's clever, witty, and brimming with the beauty and charm of Paris.
I really enjoyed "traveling" with Hannah and Leo. They're both multi-layered characters and it was fun to watch those layers unravel as they wandered the streets of Paris. Without being consciously aware, Hannah has reached a crossroads in her life - - and Leo has reached a bit of one himself. It takes a change of seats during the night (who knew the train would split?) to land Brit Hannah in Paris without her luggage, cash, phone, or boyfriend, and in the company of a similarly misdirected and annoyingly direct Frenchman who, like her, needs to get to Amsterdam.
Hannah is in no mood to venture out of the Paris train station while waiting for the next train to Amsterdam, several hours later. Her one and only trip to Paris, several years earlier, had ended in heartbreak and disillusionment and she has no wish to revisit those emotions. But Leo convinces her to let him show her "his" Paris. What follows is eight hours of charming neighborhoods, historic architecture, drool-worthy cuisine, stunning vistas, and gentle challenges to everything Hannah thought she was, wanted, and needed. She returns to her boyfriend a changed woman. Will her new-found confidence strengthen the relationship she had begun to doubt or will secrets revealed and one day in Paris guide her on a new - and better - path? You'll have to read the book to discover what happens but I will say that I was happy with the outcome, as well as the way it was handled. I very much enjoyed the author giving the characters the time and space necessary to validate decisions and feelings.
Also, Leo can guide me through Paris anytime. I've only been there once (as a teen) but seeing it through his eyes, with his emotions, made me fall in love with the tiny alleyways and grand boulevards of the city all over again. Either the author is an exceptional researcher or she's spent time in Paris because the love and affection for this city shine through clearly.
I enjoyed The Paris Connection and will be on the lookout for more books by Lorraine Brown.
Posted by pjpuppymom at 5:00 AM