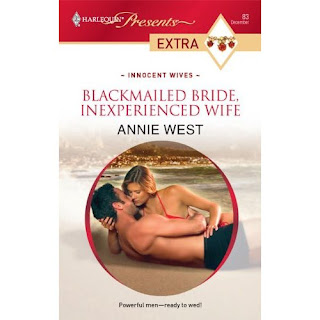 Alissa Scott needs money. A lot of money and fast. Her sister requires a life-saving medical treatment and Alissa will do anything to help – including getting married. In order to inherit (and then sell) the Sicilian castle left by her despicable grandfather upon his death, she must marry within a certain timeframe and stay married for at least six months. After arriving at the courthouse, she discovers that her intended groom-to-be is nowhere to be seen. And then she realizes why -- Dario Parisi, the arrogant man her grandfather had wanted her to marry for years, paid him off and is there to wed her himself!

Sicilian playboy and wealthy tycoon Dario Parisi has waited a long time to reclaim the castello stolen from his family years ago. The only way to get it back is to marry the deceased man’s scandalous granddaughter. A six month marriage in name only should be easy, right? Dario finds out just how wrong he is. Not only does he find out that his initial assessment of Alissa is way off the mark, he also stumbles upon something he had not expected to find: love.

I enjoyed Blackmailed Bride, Inexperienced Wife, though it took me quite a while to warm up to Dario. From the onset, his character is an arrogant jerk – and I’m fine with that as many heroes I’ve read have started out the same – but I did not expect it to take until almost halfway through the story before I started to like him. When I did finally click with him, the story flowed really well and I couldn’t put it down! Now, Alissa was a character that I connected with right from the start. She’s smart, determined, and thinks of others – just my kind of heroine. Dario and Alissa had to very work for their HEA and get past all of the preconceived notions they had of each other – and in the process, they discovered that they had much in common. So, despite the difficulty I had with Dario at the beginning, Blackmailed Bride, Inexperienced Wife is a satisfying read that I recommend.

I have a signed copy of the Australian version of this book, Blackmailed Bride, Innocent Wife, to give away to one lucky commenter living within the United States!