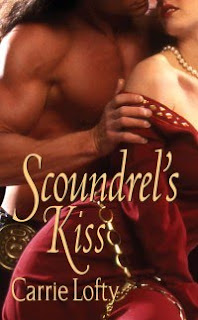 Ada of Keyworth hasn’t always been an opium addict. Once, she was a scholar and a respected translator for the Condesa de Valdedrona. Ada first used the drug as a result of a devastating incident in her past. She has since grown dependant upon it and now will do anything to get it: lie, cheat, steal and even kill. When she meets a monk who claims to want to help her overcome her addiction, she scoffs and becomes belligerent at the prospect of someone keeping her from the one thing she craves above everything else.

Previously a slave warrior, Gavriel de Marqueda is attempting to change his life by becoming a member of the sacred Order of Santiago. He has vowed no violence, obedience, and chastity in order to make amends for his past sins. While following his mentor to a brothel in a nearby town, he learns what his final test entails: pick a person in desperate need of redeeming and take them back to the Order for a month to accomplish the task. Against his wishes and despite their rocky start, Gavriel is tasked with helping the disagreeable Ada. Circumstances put them on the run together and along the way it becomes a real battle for Gavriel to help the obstinate Ada and keep all three of his vows intact.

Scoundrel’s Kiss is set in early 13th century Spain and features two convincing and seemingly contrary characters that must learn to trust each other while “on the road”. I say seemingly contrary because Gavriel and Ada are more alike than they (and the reader) first think. Both have internal and external scars due to a tortured past and both have secrets that they are almost too stubborn to ever share. Gavriel is a very noble hero who is only looking for some well-deserved peace in his life. I’m so glad that he doesn’t baby Ada with regards to her problem – he knows that she brought her “sickness” on herself and treats her accordingly.

He retrieved another flask from his own saddle. “Put out your hands. Let me help.”

“Gramercy, I’ll do it myself.”

“Do you think because I’ve taken vows to obey and abstain from violence that I cannot be strong?”

A smile pulled the corner of her lips, dimpling one cheek. The left one. “You cannot fight or lose your temper or lie with a woman? However do you find a release?”

She reached between their bodies and touched his forearm. Her fingers became snakes slithering up his bicep. “Does that work?”

Touché! As you can tell, Ada is no simpering heroine – she definitely gives as good as she gets. In fact, at the beginning I wondered how Ms. Lofty was ever going to convince me to like her. I could tell that Ada was somewhat of a villain in the previous book, What a Scoundrel Wants (featuring Ada’s sister, Meg), but convince me she did. Plus, I now want to read the prior book, so I’d say Ms. Lofty did her job well. Add some supportive secondary characters, a shifty villain and an exciting, action-packed ending and you’ve got a great read!
Posted by Andrea at 12:01 AM