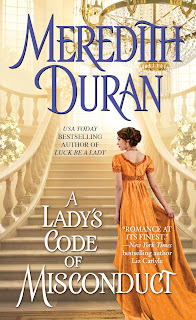 For six years, orphan Jane Mason has endured immuration in the country while her paternal uncle and guardian embezzled from her inheritance and controlled her every move. She has watched as he played his corrupt political games and planned to marry her to his son, who is as loathsome as his father, albeit less powerful. Her only hope lies in somehow finding a husband before she is forced to marry her cousin. Her father’s will gives her control of her fortune upon her marriage and therein lies her chance for freedom. When her uncle discovers and successfully thwarts her first effort, Jane strikes an uneasy bargain with Crispin Burke, a political associate of her uncle, one who is his equal in ruthlessness and even more powerful. She will spy on her uncle for Crispin, and he will provide her with marriage papers signed by an avaricious archbishop that will stand up under any examination so long as her “husband” makes no objections.

The mysterious and ferociously ambitious Crispin is determined to become prime minister of England. He has crafted a plan that will bring down the current government and set the scene for his ascendancy, but before his plan reaches fruition, Crispin is brutally assaulted. He is not expected to survive the attack. Jane seizes the opportunity and claims Crispin as her husband. Her expectation is that he will die, she will have control of her fortune and she will be free to use her money in improving the lot of the poor and downtrodden. Things do not go as Jane expected, beginning with Crispin’s survival.

When Crispin regains consciousness, he has lost his memory of the immediate past five years. He has no memory of the attack upon him, of his political machinations, or of his bargain with Jane. Jane is terrified that his memory will return and he will expose her lie. Her fear is soon complicated by her growing feelings for the kinder, gentler Crispin who emerges as he recovers. For his part, Crispin is discovering that the young woman of whom he has no memory is exactly what he needs, an intelligent, accomplished political wife who balances his harshness. Can love flourish when a lie is its foundation?

In this fifth book in her Rules for the Reckless series, Meredith Duran takes some common tropes in historical romance—fake marriage, amnesia, and the redeemed hero among them—gives them a fresh twist, adds Victorian political intrigue and a touch of suspense, and gifts her readers with a novel that is as close to perfect as any historical romance in my memory. The characters are compelling. Subverted power employed by intelligent women who are denied legitimate power has long been a theme identified in literary fiction, but I have seldom seen it employed more deftly than in Duran’s talented hands in this book. Jane has depth, complexity, and believability as a woman of her time. The redemption of Crispin Burke is not a simplistic uncovering of a man’s better self. He begins as an embittered, single-minded man who sees power as revenge and validation and who has few reservations about what he is willing to do to achieve his goals. Even with the amnesia, his transformation is neither saccharine nor magical. Something of the essential Crispin remains. The villains are selfish, greedy, small-minded, and lacking in compassion and human decency. In other words, they are believable because readers know their contemporary counterparts.

Some writers are gifted storytellers, some are brilliant wordsmiths, and some few are both. Duran falls in the last group. A Lady’s Code of Misconduct engaged my mind and touched my heart—my criteria for a best book. The conflict (internal and external) demanded my attention from beginning to end, and I found the pacing superb. Duran’s prose is one of her strengths. It is lucid always and lyrical often, and the dialogue in this one is impeccable. The love scenes are sensual enough to please those who demand a high sizzle factor, but they are never mere titillation.

I have been a Duran fan since I read her first book, Duke of Shadows, upon PJ’s recommendation. All of her books are on my keeper shelves. I rank this new book with her very best. If you are a historical romance reader looking for a novel that will captivate with its craft and complexity, command your investment in substantive, unforgettable characters, and delight with its flawless prose, A Lady’s Code of Misconduct may be just the book you have been longing to read. I give it my highest recommendation. If I could add a few stars to the five above to emphasize how much I loved this book, I would do so.

As noted in her bio below, Meredith Duran enjoys collecting old etiquette manuals, guidebooks to nineteenth-century London, and travelogues by intrepid Victorian women.

Readers, what do you enjoy collecting? One randomly chosen person leaving a comment will receive a Reckless Reward: autographed copies of Fool Me Twice, Lady Be Good, and Luck Be A Lady. (U.S. only) Deadline to enter giveaway is 11:59 PM (PST) today. 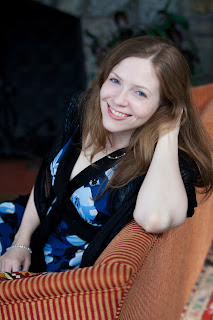 Meredith Duran is the author of ten previous novels, including The Duke of Shadows (winner of the Gather.com First Chapters Romance Writing Competition); Wicked Becomes You (included on the Woman’s World List of Best Beach Reads for Summer 2010), and the USA TODAY bestseller and RITA Award Winner Fool Me Twice. She blames Anne Boleyn for sparking her lifelong obsession with British history, and for convincing her that princely love is no prize if it doesn’t come with a happily-ever-after. She enjoys collecting old etiquette manuals, guidebooks to nineteenth-century London, and travelogues by intrepid Victorian women. Visit her at MeredithDuran.com, on Twitter @meredithduran and FacebookAuthorMeredithDuran.


More Opportunities to Win!
The twenty starred blogs (*) below will give away one set (Reckless Reward!) of three autographed copies in the Rules for the Reckless series: Fool Me Twice, Lady Be Good, and Luck Be A Lady. You can enter on all participating sites, but you can only win once. To celebrate the fifth in the series, there will be five Reckless Reward giveaways per day beginning publication day, Tuesday, February 28th – Friday, March 3rd. U.S. only.

Monday, February 27th
Books for Her

Wednesday, March 1st
*Book Nerd
*Reviews by Crystal
*All About Romance
*Booktalk with Eileen
*We So Nerdy
Roses Are Blue
In the Hammock
Feeding My Addiction Book Reviews – Spotlight
Romance Book Reviews for You