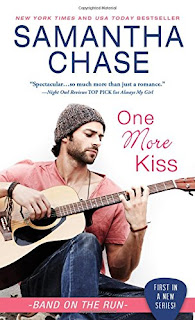 Matt Reed has known major success as lead guitarist for Shaughnessy, the band that Riley Shaughnessy (Shaughnessy Brothers series) headlines. When the band members decide to focus on solo projects, Matt chooses a lead role in a Broadway play. He is a humiliating failure. The play closes three nights after it opens, and Matt is hounded by hostile media representatives who not only question his musical talent but also cast doubt on the legitimate achievements of other members of Shaughnessy. When his childhood friend, Aaron Forrester offers him sanctuary in the luxury home Aaron has built in coastal North Carolina, Matt seizes the opportunity to escape the furor even though doing so takes him back to the hometown to which he never planned to return.

Vivienne Forrester is in the mood for celebrating. The remodeling of her brother’s guest house to turn it into her dream home is finally complete, and she will be moving in soon. She has just been named assistant editor of Modern Lifestyle, an online lifestyle magazine, which means a steady income doing work she enjoys. She and Aaron are close and she is looking forward to sharing her good news with him. She is not expecting to find that Aaron has a house guest, and she is dismayed to learn the identity of that guest and that Matt’s visit will not be a brief one. Two years earlier, Vivienne, with a little help from Riley Shaughnessy (This Is Our Song), surprised Matt in his dressing room after a concert. The band’s agent broke up the reunion but not before Matt and Vivienne shared an unforgettable kiss. At least, Vivienne has not forgotten it. When she realizes that Matt has no memory of the kiss, her reaction to him changes from awkward to angry.

Matt is surprised by Vivienne’s hostility, but he pushes past it, first to help her move in and later, after Aaron’s departure for a business trip to London, as the taste tester for the meals Vivienne prepares for her food blog. The more time they spend together, the more potent the attraction between them becomes. But both Matt and Vivienne have family issues that must be resolved before they are ready to make a commitment, and Vivienne has real concerns about fitting into Matt’s rock-star lifestyle. When Aaron returns, his disapproval of their relationship adds another complication.


One More Kiss is the first book in Chase’s Band on the Run series, a spin-off from the Shaughnessy Brothers series. The novel showcases the author’s strength in creating likeable characters with interesting family dynamics. Her ability to craft a story that is sweet and sexy without graphic sex scenes will appeal to readers who prefer their romance light on the spice. The novel can be read as a standalone, but fans of the Shaughnessy Brothers will be pleased to see Riley and Savannah have secondary roles.

I like Chase’s voice and style as well as her characters, and seeing heroes accustomed to success dealing with failure is an interesting take on the rock-star trend. Nevertheless, the conflict in this one seems thin to me. Once the misunderstanding about the kiss is cleared up, only Matt and Vivienne’s reluctance to talk to each other about the things that bother them keeps their romance from progressing smoothly. Their separate family issues promise much, but they are resolved too quickly for my taste. A more minor niggle but one that I found troublesome is that I could not find the name of the North Carolina town that is home to these characters.

Still, the novel is generally satisfying, and readers will root for Matt and Vivienne to get their HEA. Chase gives enough information about Dylan and Julian, the remaining members of Shaughnessy, to leave readers intrigued and primed for their stories. I would also like to see Aaron Forrester earn an HEA, either in his own story or in a secondary romance. However, we may have to wait a bit for those books. First, we have two more Shaughnessy stories to which we can look forward: A Sky Full of Stars (June 6, 2017), the story of Owen, the nerdy astrophysicist brother, and Holiday Spice (October 3, 2017), the story of Darcy, the only girl in Shaughnessy clan. Both books are on my calendar, and I am eager to hear more about the remaining Band on the Run novels.