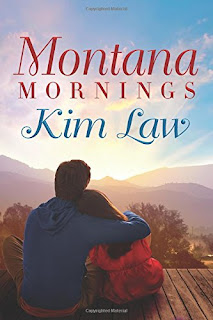 Gabe Wilde grew up the son of a narcissistic mother, and he married a woman cut to the same pattern. After fighting for years to save his marriage, he has filed for divorce, and he and his seven-year-old daughter, Jenna, have returned to Birch Bay, Montana, where Gabe has accepted a job as high school science teacher and football coach. Gabe is cautiously optimistic about his new life, but his concerns about his daughter are deep. The effect of her parents’ divorce on Jenna are profound. She is no longer the sweet, loving child she once was. Although flashes of that child emerge often enough to keep Gabe’s hope alive, Jenna is often rude and obnoxious. Only with Haley Denton, Jenna’s best friend and step-daughter of Dani Wilde Denton (Montana Cherries) is Jenna like her old self. It is for this reason that Gabe pulls strings to have Jenna placed in the same class as Haley, a class taught by a substitute teacher, Erica Bird.

Erica divorced her cheating husband two years ago, after his girlfriend announced her pregnancy at a football game, but since he was her high school sweetheart, the son of a prominent family, and a local golden boy, she has found it difficult to move on. When she found herself more entangled that she ever wanted to be, she resigned her tenured position at the elementary school where she had won two teacher-of-the-year awards and accepted the temporary job in Birch Bay. Erica knew that she might see Gabe, but she wasn’t expecting him to be the parent of one of her students.

Gabe and Erica have a history. They dated in college, breaking up their senior year after Gabe met Michelle, the woman who became his wife. Erica returned to her hometown and married J.C. Bird, the guy she dated in high school. Now Erica and Gabe are both free, and it is soon clear that they are still attracted to one another. They are also mature enough now to appreciate qualities in each other that they valued less as college students. But neither has completely cut the tendrils of the past, and Jenna’s needs must be considered. Stolen meetings are one thing, but building a life together is quite different. Are Gabe and Erica truly ready to commit to one another?

This is the third novel in Law’s excellent series, The Wildes of Birch Bay. It is one of the more realistic portrayals of divorce that I have encountered in romance fiction. For one thing, although Gabe and Erica’s situations are different, both demonstrate that divorce is not always the clean severing of a relationship that some novels suggest. For another, Jenna’s insecurities and her acting out show how divorce can affect children. Law is particularly effective at showing a young child’s mixed emotions about the absent parent and blame assigned to the custodial parents. Gabe and Erica are likeable, sympathetic characters, but it is Jenna even when she is at her brattiest, who will break the reader’s heart.

The secondary characters are also deftly drawn. Gabe’s family proves that he can depend on them when he needs them, whether it is providing an assist with child care or taking an active role in his battle with his malicious, conscienceless ex. I really appreciated that the Wildes have necessary roles to play and add to the novel’s emotional power rather than merely reminding readers that this book is part of a series. And I loved Bree, Erica’s free-spirited, forthright sister. Some readers may be bothered by the lack of redeeming qualities in the two exes. I’m not a fan of one-note villains, but I have seen enough of narcissists (Gabe’s ex) and over-indulged, eternal frat boys (Erica’s ex) in real life to find Michelle and J.C. credible.

Montana Morning can be read as standalone, but it will offer a more nuanced, more complex understanding of Gabe and Jenna for those who have read Montana Cherries and Montana Rescue. The first is an exceptional story, and the other two are strong books that you will be glad you read. I recommend all three books, and I hope I’ll have the chance to recommend Cord Wilde’s book. He is a most intriguing character.