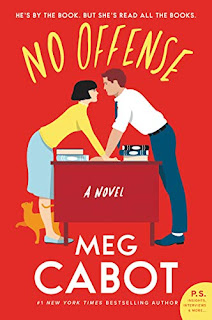 Welcome to Little Bridge, one of the smallest, most beautiful islands in the Florida Keys, home to sandy white beaches, salt-rimmed margaritas, and stunning sunsets—a place where nothing goes under the radar and love has a way of sneaking up when least expected...

A broken engagement only gave Molly Montgomery additional incentive to follow her dream job from the Colorado Rockies to the Florida Keys. Now, as Little Bridge Island Public Library’s head of children’s services, Molly hopes the messiest thing in her life will be her sticky-note covered desk. But fate—in the form of a newborn left in the restroom—has other ideas. So does the sheriff who comes to investigate the “abandonment”.  When John Hartwell folds all six-feet-three of himself into a tiny chair and insists that whoever left the baby is a criminal, Molly begs to differ and asks what he’s doing about the Island’s real crime wave (if thefts of items from homes that have been left unlocked could be called that). Not the best of starts, but the man’s arrogance is almost as distracting as his blue eyes. Almost…

John would be pretty irritated if one of his deputies had a desk as disorderly as Molly’s. Good thing she doesn’t work for him, considering how attracted he is to her. Molly’s lilting librarian voice makes even the saltiest remarks go down sweeter, which is bad as long as she’s a witness but might be good once the case is solved—provided he hasn’t gotten on her last nerve by then. Recently divorced, John has been having trouble adjusting to single life as well as single parenthood. But something in Molly’s beautiful smile gives John hope that his old life on Little Bridge might suddenly hold new promise—if only they can get over their differences.

Meg Cabot captures the unique qualities of the Florida Keys - and island residents - in her new Little Bridge Island series. With her well-known wit, a raft of quirky, meddlesome characters, and a bit of a mystery to be solved along the way, Cabot brings Little Bridge to life in this new romantic comedy.

This second book in the Little Bridge series is what I would call an easy, breezy read. The main characters are all likable, for the most part, although for much of the book Molly borders on annoying, thinking she knows best for everyone and that she can do the Sheriff's job better than he can. She does come around nicely in the end, however. John is a good guy, trying to do his job while raising his teen daughter and at a bit of a loss when it comes to understanding women. But giving it his best. He really is a good dad and I liked him a lot.

The mystery isn't deep or thought-provoking but adds another layer to the story and a reason for Molly and John to keep encountering one another.

What really brings the story together is community. While the romance moves along at a pretty much uncomplicated (minus a few hiccups) surface level, the ensemble of characters who make up the community of Little Bridge keep things interesting and moving forward, adding humor and heart along the way.

If you're looking for a meaty, emotional read, this book probably isn't for you. But, if you're in the mood for a lighthearted, fun story that keeps your emotions on an even keel, tickles your funny bone, and leaves you with a smile, give No Offense a try.

While this is the second book in the Little Bridge Island series, there are only a couple crossover characters from book one, allowing No Offense to stand on its own. However, I really enjoyed book one, No Judgments, and give it my enthusiastic recommendation.