Today is the 35th Anniversary of the day life gave me a second chance. If I close my eyes I can remember it like it was yesterday… 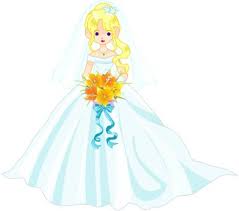 It was a typical Friday evening. I had been at the bank since 8:00am and by the time I clocked out at 6:15 pm I was more than ready to head home, strip off my pantyhose and enjoy the weekend. It was a very exciting time in my life. My wedding was less than a month away and I was bubbling over with joy and anticipation. Life was good, my happy future stretched out ahead of me and I could see no dark clouds on the horizon – no portents that warned of a life-altering event that was just minutes away.


As I waited for my fellow employees to finish tasks and clock out, I stood by the back door of our beautiful new bank building chatting with our guard. He was an older man, husband of a lovely woman who worked at our main office and like a grandfather to those of us in our early twenties. It had been a long day for him too and the weight of the gun at his side was wearing. He decided to take it off and place it on a side table nearby. This was a man who knew guns. After serving in the U.S. Army for 30 years, he was well aware of how to safely handle a weapon but, like all of us who are human, he made a mistake – a mistake that in a split second would forever change all of our lives. Instead of removing the entire belt and holster, he removed only the gun and as he reached to place it on the table he fumbled it. You can probably guess what happened next and you would be right. 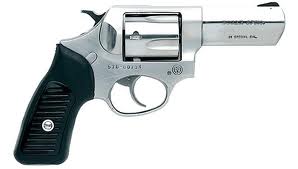 Did you ever see the movie, Bonnie and Clyde? In the final scene of the movie, the outlaws are gunned down and the entire scene is shown in slow motion. That’s exactly how it happened in real life for me. I felt the bullet before I heard it. I remember laughing with the guard over some story he was telling me then, not one second later, my laughter abruptly ceased as I felt my body being slammed against the wall. Next came the sound. BANG! It reverberated throughout my entire being. I lost consciousness but only for a brief time. When I awoke, I was on my back on the floor and knew immediately what had happened. I’ve always been calm in an emergency and amazingly, that was the case even then, as my blood streamed across the floor and I mentally prepared to leave this world. They say your life flashes before you in situations like this. That wasn’t the case with me. Of the utmost importance to me was getting messages out to the people I loved while I could still talk. You see, along with the blood flowing out of my chest, I was also coughing up blood so I knew that internal organs had been damaged and I feared I didn’t have much time. As one of the dear women I worked with held my hand, I gave her phone numbers of my fiancé and parents and messages to deliver to them and my younger brothers. Then I asked for paper towels. You should have seen the expression on her face. It was priceless!  I wanted the towels because we had moved into that beautiful new building only months earlier and I was afraid my blood would seep from the tile on which I had fallen onto the new carpet and ruin it. Hey, we all have our priorities! lol! 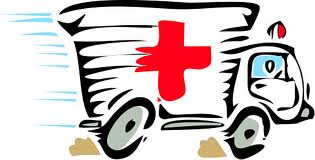 The stars aligned for me that day…or maybe my guardian angel was working overtime. The fire station was three minutes away and, thankfully, the crew was in the station when the call came in. Within ten minutes of being shot, I was loaded into the ambulance and on my way to the hospital. I never lost consciousness again and the events that followed are so indelibly impressed upon my mind that even now, thirty-five years later, I can remember them in excruciatingly clear detail. I remember asking the paramedic in the ambulance if I was dying and being certain that I was when he avoided giving me an answer. I remember the ambulance driver swearing at the driver in front of us who wouldn’t pull over and let us through traffic. In the driver’s defense, you have to remember this was during snowbird season in south Florida when the roads are flooded with elderly drivers who can barely walk, let alone drive. He (or she) probably couldn’t even hear the siren. When they wheeled me into the ER exam room there were two doctors and three nurses waiting who immediately jumped into action. I remember mourning the loss of my favorite dress as they cut it off me. I’m not sure why I was so upset by that. It’s not like I could have ever worn it again with two bullet holes in it. “At least”, I thought, “I’ll get rid of my pantyhose!” Believe me; wearing hot, sticky pantyhose, especially control-top, at the end of a long day isn’t anybody’s idea of fun. 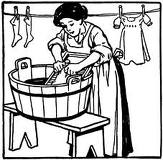 While the situation was deadly serious, it wasn’t totally without humor. As a young male nurse earnestly scrubbed my chest with antiseptic I smiled sweetly at him and said, “It’s a boob, not a washboard! Do you think you could ease up a bit?” They were still laughing over that one in the ER months later.


Finally, about six hours after I arrived at the hospital, I was deemed stable enough to move to a room on a patient floor. My hardworking angel was still on the job. You see, the bullet had entered my back below my right shoulder, bounced around, cracking some ribs, then ripped through my right lung, exiting just above my right breast. I was so, so lucky. That bullet could have taken much more dangerous paths. My lung should have collapsed but didn’t. Other internal organs could have been damaged but weren’t. March 5, 1976 could have easily been the last day of my life…but it wasn’t. At the young age of twenty-four, I had learned just how precious, and precarious, life is and I had been given a second chance to live it.  I vowed that I would make the most of that gift and never take it for granted.

Later that night, as I lay unmoving in a bed in a darkened hospital room, breathless with pain but so grateful to still be here to feel that pain, a nurse came into the room, gently smoothed the hair back from my forehead and said, “Can I get you anything, dear?” “Yes,” I replied with profound relief, “would you please take off these damn pantyhose?!?”

Has life ever given you, or someone close to you, a second chance? How did it change you? Has it made you more daring? More cautious? More giving? More selfish? More appreciative of family and friends? Let’s dish about life’s second chances. Two of you who leave a comment will be randomly chosen to win a book from my prize stash.

Email ThisBlogThis!Share to TwitterShare to FacebookShare to Pinterest
Labels: A la carte, PJ, Second Chances, The rest of my life