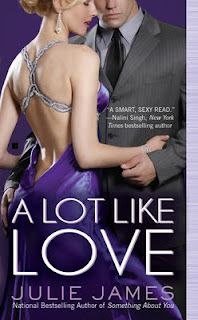 You would think that being the daughter of a billionaire computer software magnate means that Jordan Rhodes lives a perfect life. Sure, she enjoys luxuries that only the very wealthy can afford and has friends she can count on, but that doesn’t equate to an all-consuming happiness. She lost her mother in a car accident years ago, her twin brother was recently incarcerated for hacking into Twitter (and causing all sorts of chaos), and it’s difficult to date someone when you’re not sure if they’re doing it for you or your money. One thing that does make Jordan happy is being the owner of and running her wine shop, DeVine Cellars. When two FBI agents enter her store one day, she is immediately on alert. She isn’t particularly fond of the agency after the way her brother was treated during and following his arrest. The agents offer her a deal: in exchange for her help with a case they’re investigating involving a fellow wine connoisseur of hers that is laundering money, the FBI will release her brother from prison early. Since Jordan is very close to her twin, she doesn’t have to think twice about her answer.

After six months undercover resulting in a huge bust of dirty cops, FBI special agent Nick McCall is ready to take a little time off and visit his family in New York to celebrate his mother’s sixtieth birthday. When his boss calls him into his office a few days before he leaves, he knows something is up. Davis wants Nick to help a fellow agent, Huxley, with a case before he leaves. Huxley will pose as the boyfriend of billionaire heiress Jordan Rhodes at a charity wine function in order to slip away and plant bugs in the target’s office and all Nick has to do is monitor the situation from a van outside. That is, until Huxley becomes violently ill and Nick has to step in to play the part. From the moment Nick meets Jordan, it’s obvious that she doesn’t care for him, but that certainly doesn’t stop him from irritating her. . . on purpose. When something goes slightly wrong with the investigation, Nick and Jordan must continue their “relationship” in order to keep appearances. Which, of course, leads to something a lot like love . . .

I’ve said it before and I’ll say it again: Julie James’s books ROCK! Her writing is smart and sexy; each plot is fresh and unique; and each book contains characters that are truly remarkable and stick with you long after you finish their story. Plus, most of you know how much I *love* sexual tension in my books and Ms. James has become one of my “go to” authors for that. Phew! The banter between Nick and Jordan positively sizzled.

Thick snowflakes fell around them and tangled in her hair. Her voice was low, her tone as cold as the air. “The next time you want to know something, Agent McCall, don’t bother to sweet-talk me first. Just ask.”

“I assure you, Ms. Rhodes, when I sweet-talk a woman, she knows it.” He held out his hand, being polite. “You’re not going to get far in those boots.”

She ignored his hand. “Watch me.” She turned in her heels and walked away from the car, heading through the semi-plowed, snow- and ice-covered parking lot toward the entrance of division headquarters.

So help him, she didn’t slip once.

Jordan is my kind of heroine—she’s strong and confident without being “over the top” feministic. She has a soft side, too, and isn’t reluctant to show it. Nick is absolutely delicious. His type of hero—the protective alpha male—has recently become one of my favorites. There’s something innately sexy about a rough and tough guy whose one weakness is the woman he falls for. It was pure pleasure to watch their power play.

When I met Julie James at the RWA conference in Orlando last year, she mentioned that in this book, she wrote her first love scene from the hero’s point of view. Seeing as I’m a fan of that—ahem—I couldn’t wait to read it. Wow. I’ll just put it this way, even in the dead of winter, I needed to fan myself after that love scene. So. Incredibly. Sexy.

Jack Pallas (aka Mr. Sex on a Stick) and Cameron Lynde from Something About You play key roles in this book and I was overjoyed to see them again. Now, I simply cannot wait for Jordan’s brother Kyle’s book! He left quite an impression on me. *g*

Julie James’s previous book, Something About You, was one of my Top Picks for 2010 and I have no doubt that A Lot Like Love will be on my list for 2011. Do yourself a huge favor and pick up this book. I guarantee you will love it!

Order your copy of A Lot Like Love from one of the following online retailers: