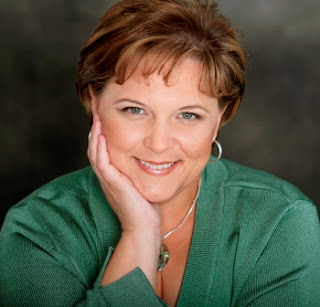 It's my pleasure today to welcome historical romance author Michelle Marcos to the Romance Dish.  A graduate of the University of Miami, this former middle school teacher now devotes herself full-time to her writing career, much to the delight of her readers. Her newest book, SECRETS TO SEDUCING A SCOT (I don't know about you but any book that has "seducing" and "Scot" in the title is one I want to read!) was released August 2nd from St. Martin's Press.

One of the things I like best about Michelle's books is her unusual heroines.  As she says in a Q&A at her website, There’s a whole demographic that is entirely underserved in historical novels. I like to read about people who may not have had it so easy in life, and find out how they deal with their challenges. Some of my heroines even start out on the wrong side of the law. I just love to watch their lives unfold – and meet the hero who will turn their world upside-down.

Please give Michelle a warm welcome as she ponders the question...

“For the first time in a long time, I was nervous. Aidan and I were going to sleep together and it was going to mean something. I was no virgin, but this was definitely virgin territory.”
—Carrie Bradshaw in Sex and the City

I love a good deflowering. In romance novels, I crave to know how the heroine experiences her “first time” in bed. And I get that experience a lot—many historical romance novels, especially ones set during the Regency, feature a heroine who is still chaste when she meets the hero. We get to learn throughout the book how it feels for her to have sex for the first time—and how the hero feels about having been her first.

Writing about the first time is also a pleasure that romance novelists enjoy. With each heroine it is a journey of discovery. This is one of the reasons I don’t plot out stories…I relish how the characters reveal themselves as the story unfolds. If it were possible, I would prefer to read my stories instead of write them. I want to experience them just as a reader would. 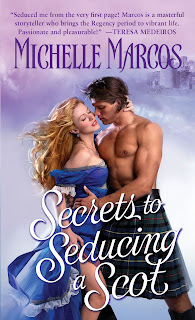 One day, I was sitting at the computer writing a thrilling scene in SECRETS TO SEDUCING A SCOT. Malcolm Slayter, a Scottish fugitive hunter who has been hired as a protector for Serena Marsh, the daughter of an English ambassador, is inspecting her bedroom for any potential weakness in security. He looks under the bed that Serena is sitting upon. Then he straightens and puts a large hand on the mattress on either side of her, effectively imprisoning her upon the bed. He comes right out and asks her. “Do ye have a secret lover? It’s best that ye tell me now.”

Suddenly, I paused, my fingers hovering over the keys. I hadn’t thought this part through. When I started writing the novel, I had just assumed Serena had not been with a man before. But Serena wasn’t exactly a parson’s daughter. She was a socialite—famous and beautiful, her fashions emulated and her witticisms celebrated. She attended every ball and rout, and her absence from a party was a shame upon the hostess. She chronicled her experiences in Society in a highly popular column for a London newspaper. And just like Carrie Bradshaw, the character who inspired the creation of Serena Marsh, I wasn’t entirely certain that Serena would be a stranger to the pleasure of a man’s touch.

In that moment, it was as if Serena herself drew me into her back story. I saw her years before at some party or other, a charming young buck seducing her with his honeyed words and golden smiles. I saw her slowly tumbling into temptation…letting him have just one kiss, and then just one caress, and then just one night. And after he had imprinted himself upon her as her first, he turned on her. He berated her, criticizing her as a lightskirt. She had given him her heart, and he took not only that, but her innocence as well. The charming young man had become Serena’s Great Mistake.

Slowly, my fingers tapped out Serena’s response to her brutish protector. Just then, Serena had taken on a whole new dimension for me—a third dimension. She had become real, leaping off the page as alive as any woman I know. The question of “virgin or vixen” seemed far too limiting, as Serena was neither. Somewhere in the vast spectrum between pure and promiscuous, there had to be a middle ground.

Years before, Serena had come to face to face with her own frailty. Her own shortcomings had made it easy for a man to ill-use her, and she was certainly never going to let another man do the same again. Her past journey would make her a stronger woman, and it is that strength of character that the handsome Highlander would find irresistible.

I want to know what you think. Must your heroines be white as snow, or do you delight in ones who are scarlet? What about all the shades in between? Which novel did you enjoy the most, and what was the heroine’s journey to sexual exploration? One commenter will win an autographed copy of SECRETS TO SEDUCING A SCOT. And for an extra chance to win the book, enter the contest at www.michellemarcos.com.


Michelle, thank you so much for visiting with us today!  Readers, for more information about Michelle and her books, visit her website, friend her on facebook and follow her at twitter.
Posted by pjpuppymom at 12:10 AM