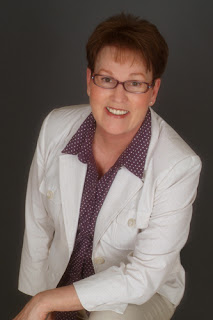 We've known her as Jo-Mama, the mother of seven, high school English teacher and witty Romance Bandit but it's now our pleasure to host her as Jo Robertson, published author!  Her debut book, The Watcher, the story her AP Seniors conned her into writing (that's a story I'd love to hear) that eventually won her the 2006 RWA Golden Heart Award is now available for all of us to read.

You can learn more about Jo by visiting her website, liking her at Facebook, following her on Twitter and dropping by Romance Bandits where she blogs the 30th of every month.

I know our readers are looking forward to chatting with you so without further ado...


A Rose by Any Other Name
by Jo Robertson

I'm so happy to join the Dishers today, to talk about my debut release, a romantic thriller called THE WATCHER and just to chatter over a cup of tea or a glass of wine! Thanks for having me, PJ!

"The Watcher" (which won the 2006 RWA Golden Heart Award in romantic suspense) is now available at www.createspace.com/3580802 and www.amazon.com (search under Jo Robertson and THE WATCHER).

But if you have an e-reader, be sure to wait for the download available mid-August for only $2.99! 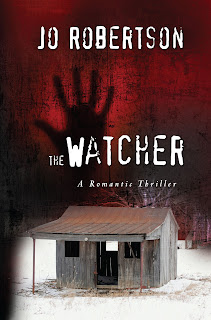 Deputy Sheriff Ben Slater hides his personal pain behind the job, but Kate's arrival knocks his world on its axis.

Together they must find a killer whose roots began in a small town in Bigler County, but whose violence spread across the nation. A Janus-like killer, more monster than man, fixates on Kate and wants nothing more than to kill her "again."


I've always been fascinated by names. It seems to me that some poor kids get stuck with the most gosh-awful monikers while others' names fit them perfectly. 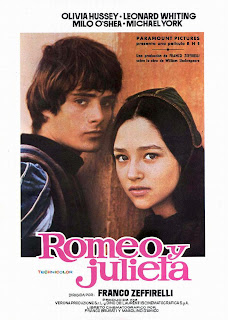 Shakespeare's quote in the blog title (a rose by any other name) from Romeo and Juliet refers to Juliet's House of Capulet and Romeo's House of Montague, the backdrop of warring families against which the love story is played. Juliet explains that a rose would smell as sweet by another name.

Notice that both characters' names have three syllables – RO – me – o and JU – li – et. There's a lyricism about them that delights the ear and the mind. Of course, Shakespeare was committed to writing in iambic pentameter, and three-syllable names work best in that meter.

The phrase, however, led me to think about names, of how writers pick among the myriad choices for their characters. A smart writer pays attention to character naming, traits universally associated with the name, and how she could tweak the name to fit her story's purpose.

Most writers, I'm convinced, do this on a deeply subconscious level, leaving the analysis to us English teachers. Others choose consciously and deliberately. Think of the character names in Golding's "Lord of the Flies" – Jack, Ralph, Piggy, Simon, and the lowering, simian-like Roger.

An obviously symbolic name is Eve Dallas from J.D. Robb's In Death series. As a child Eve is found wandering the alleys of Dallas. Since she doesn't speak and no one knows who she is, the hospital staff name her "Eve," fitting for a child beginning a new life. So Eve Dallas remakes herself from a past that she can't even remember. The naming is clearly symbolic and patently obvious – the mother of mankind, the city of her birth.

Male names of one syllable, like Max, Jake, or Rhett, Roarke, Luke, or Rick, have a masculine, very alpha ring to them. They convey decisiveness, dependability and strength. After all, the names have to be melodic and noble if they belong to our heroes.

Sometimes our personal experiences color our feelings about names. I really like the name Samuel (Sam), but when I was in 7th grade a bully named Sammy followed me home from school on a regular basis, threatening to beat up my younger brother if I didn't kiss him. Yuck! I could never name one of my heroes Sam because of my own personal unpleasant associations, even though I adore the name itself.

Honestly, I'd like to time-travel back and tweak that little punk's nose!

I tend to enjoy classic, old-fashioned girls' names, elegant ones like Emma and Olivia, Isabella and Grace. But I also like boyish names for girls if they fit the heroine's character. The heroine of my young adult book BLOOD WARRIORS, seventeen-year-old Sydney Banks, is an awesome athlete, like my granddaughter after whom I named the character. Both the real and the fictional Sydney can't stop moving; they feel alive when their bodies are in motion, at home with the basketball in their hands or the soccer ball at their toes.

The heroine of my second romantic thriller THE AVENGER (due out September 2011) is named Olivia. I like the three syllables of the name, and as a writer, I can tweak how the name is used – romantically or maliciously. Notice how Olivia's stepfather taunts her at the end of this passage from the book's prologue. I hope it's chilling!

She clamped down on her lip and ran her tongue over the coppery taste of blood. Suddenly she felt foolish, a child playing at being a kung fu girl-warrior. Even if she could get a stab in before he overpowered her, she'd only make him madder. She pictured the red puckering of his face and imagined those paws of his cuffing her head. "Smack you up-side the head," he'd bluster in his menacing tone.

What was she thinking? Roger was a burly six-two and outweighed her by more than a hundred and fifty pounds. Did she really imagine she could outmaneuver him? He'd squish her like a bug.

In that instant Livvie made her decision. She retrieved her gym shoes from the closet, tucked the scissors in the waistband of her sweats, and raced to the window. She turned back toward the bedroom door as she heard a series of rat-a-tat-tat knocks and a gravelly voice whispering her name.

What about you? As readers do you pay attention to characters' names? Any favorites? Why? How did you come to choose your children's names or where does your own name come from?

As writers do you settle on a particular name from the get-go, or do you find yourself changing it throughout the story? Do you frontload by contemplating seriously before you put fingers to keyboard?

Inquiring minds want to know!
Posted by pjpuppymom at 12:07 AM