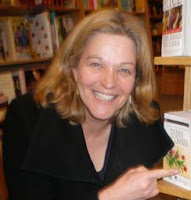 Our special guest today needs no introduction, but I will do the honors anyway. Miranda Neville burst into the historical romance scene in a big way in March of 2009 with her debut, Never Resist Temptation. She has since penned the critically acclaimed Burgundy Club series: The Wild Marquis (March 2010), The Dangerous Viscount (October 2010) and the newly released The Amorous Education of Celia Seaton (which I can't wait to read!). Miranda is also one of the lovely ladies of the new Ballroom Blog, which features her and five other talented historical authors. If you haven't visited yet, you simply must! Please welcome back Miranda as she dishes about...


The hero of The Amorous Education of Celia Seaton is a dandy. According to the Oxford English Dictionary this word came into common use in London about 1813 “for the ‘exquisite’ or ‘swell’ of the period.” The most famous Regency dandy was Beau Brummell, who rose to prominence from quite humble origins through his friendship with the Prince of Wales, later Prince Regent. Brummell dominated London society for a few years, before falling victim to hubris: he offended Prinny, his patron and lost a fortune at the gaming tables. Eventually he fled the country and died in poverty in France.

For a man famous only for being well-dressed, whimsically charming, and rude, Brummell’s fame is remarkably durable. But he was responsible for one thing that has lasted to this day: the men’s suit. "If people turn to look at you on the street, you are not well dressed” goes one of his memorable sayings. He made it fashionable, indeed essential, for a gentleman to dress plainly. When he decreed that a gentleman’s evening clothes be black, relieved only by a starched linen neckcloth, he basically invented the “top hat, white tie and tails” of Fred Astaire. Brummell emphasized good cut and fresh linen, cleanliness and good grooming. Who could argue with that?


Though it could be argued that the change would have happened anyway, after Brummell the gorgeous silks, embroidery and bright colors worn by rich men in previous eras never returned to fashion. Sometimes I feel a twinge of regret. Then I remember the “Swinging ‘60s,” which saw a brief revival of a more exuberant dandyism. Do you remember the Kinks’ song “Dedicated Follower of Fashion”? “His clothes are loud, but never square,” it went. I think of Austin Powers, shudder, and thank heaven for dark Armani suits.


The Amorous Education of Celia Seaton is set in 1820, a few years after Brummell’s exile. Tarquin Compton has achieved his ambition of replacing him as London’s best dressed man and arbiter of fashion. But any man of substance (and Tarquin is one, despite the exquisite exterior) needs something else to occupy him. First he needs to be brought down to earth. This is achieved by a blow of the head, the theft of most of his clothes (how apt), and temporary amnesia. To complete his humbling, he encounters Celia Seaton, a disgraced governess who was once the victim of his sharp tongue. Celia discovers that “Terence Fish,” as she maliciously dubs him, is a very different man from the snooty dandy. He’s kind, he’s thoughtful, he’s sexy. And he knows how to catch fish. The trouble really starts when Tarquin recovers his memory and has to reconcile his old persona with the new.

﻿ ﻿ Dandy heroes aren’t all that common in romance. Janet Webb (aka @JanetNorCal) is a fount of knowledge about historical romances, including traditional Regencies. Knowing I’d written a dandy hero, she hunted down other dandy books for me. The best, in my opinion, is Georgette Heyer’s classic Cotillion. Freddy, the delightfully beta hero, is described as a “pink of the ton,” always impeccably dressed with perfect taste. He’s a gentle soul, however, with none of Brummell’s fabled rudeness. Another terrific book is Deborah Simmons’ The Last Rogue. I loved this one about a hedonistic viscount compromised into marriage with a plain Jane. A couple of trads are Jane Ashford’s Man of Honour and The First Season by Anne Baldwin. The latter has a somewhat similar set up to The Amorous Education: the hero’s remarks make the heroine a laughing stock, but I’ll admit I didn’t feel the hero redeemed himself quite enough.

Do you like a well-dressed man as a hero, or do you prefer one who doesn’t care about his appearance? And what does a hero have to do to redeem himself once he’s hurt the heroine? All four of these books, plus a copy of THE AMOROUS EDUCATION OF CELIA SEATON will go to one commenter.
Posted by Andrea at 12:42 AM