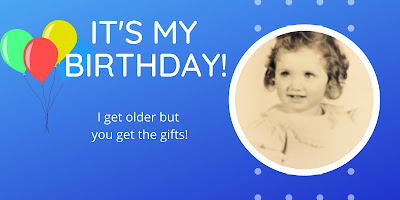 I've been plotting out my reading for the rest of 2021. Oh, not the impulse buys, those books that catch my eye, causing me to quickly one-click at Amazon. No, these are the books I've been hearing buzz about for the past several months, the next installment in an ongoing series that I've been eagerly anticipating since last year. The books written by the authors who are my treasured auto-buys. The majority of these books have already been pre-ordered, allowing me to bask in the giddy anticipation of waking up on release day to the knowledge that a delicious new historical romance is on my Kindle, sitting there like a gaily-wrapped package just waiting to be opened and appreciated. Here are a few of the historical romances I'm most anticipating. 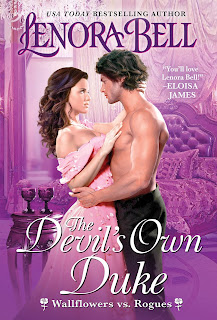 Lady Henrietta Prince is far too busy for romance. She's dedicated her life to turning her family vineyards into a profitable sparkling wine venture. But when she shares a thrilling kiss at midnight with a handsome stranger, she's captivated...until he claims to be the distant heir to her father's dukedom.

Ash Ellis is a gambler who lives life on the edge. Now he's locked his sights on a glittering prize and nothing will stand in his way.

When Henrietta is forced to marry the wicked rogue to keep her beloved vineyards, she vows that Ash will never have her trust, or her love. Even if his kisses are more intoxicating than the finest champagne.

His new bride is certainly beautiful, but biddable? Not so much. Ash will settle for nothing less than Henrietta's total surrender...but is he the one in danger of losing his heart?

PJ says: Bell's books touch my heart, tickle my funny bone, and always, always leave me with a happy smile. I adored book one of this series and can't wait to embark on this new journey with winemaker Henrietta and gambler Ash.

Once Upon a Dukedom - Book 2 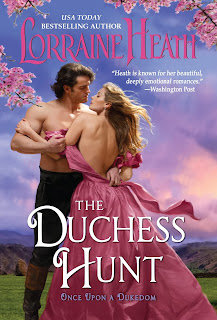 Hugh Brinsley-Norton, the Duke of Kingsland, is in need of a duchess. However, restoring the dukedom—left in ruins by his father—to its former glory demands all his time, with little room for sentiment. He places an advert encouraging the single ladies of the ton to write why they should be the one chosen, and leaves it to his efficient secretary to select his future wife.

If there exists a more unpleasant task in the world than deciding who is to marry the man you love, Penelope Pettypeace certainly can’t imagine what it might be. Still, she is determined to find the perfect bride for her clueless, yet ruthlessly charming employer.

But when an anonymous note threatens to reveal truths best hidden, Kingsland has no choice but to confront the danger with Penelope at his side. Beguiled by the strong-willed, courageous beauty, he realizes he’s willing to risk everything, including his heart, to keep her safe within his arms. Could it be the duchess he’s hunting for has been in front of him all along?

PJ says: Heath is one of my favorite historical romance authors. I've been intrigued by Kingsland and his secretary, Miss Pettypeace since meeting them in book one, Scoundrel of My Heart (highly recommend!). I'm excited for them to take center stage in The Duchess Hunt. 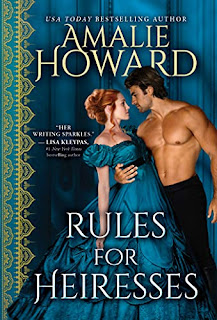 Born to a life of privilege, Lady Ravenna Huntley rues the day that she must marry. She's refused dozens of suitors and cried off multiple betrothals, but running away—even if brash and foolhardy—is the only option left to secure her independence.

Lord Courtland Chase, grandson of the Duke of Ashvale, was driven from England at the behest of his cruel stepmother. Scorned and shunned, he swore never to return to the land of his birth. But when a twist of bad luck throws a rebellious heiress into his arms, at the very moment he finds out he's the new Duke, marriage is the only alternative to massive scandal.

Both are quick to deny it, but a wedding might be the only way out for both of them. And the attraction that burns between them makes Ravenna and Courtland wonder if it'll truly only be a marriage of convenience after all...

PJ says: A rebellious heiress, a shunned duke, a delicious scandal, and a marriage of convenience. Check, check, check, and double check! Howard brings heat, humor, and heart to her historical romances and I am here for it.

A Wanton for All Seasons 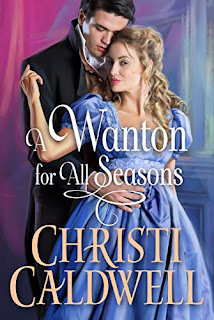 Annalee Spencer and Wayland Smith were uninhibited young lovers until the Peterloo Massacre set them on two different paths. Raised to the title of Baron of Darlington in recognition of his courage, Wayland is now a model of propriety and heroism. As for Annalee, the trauma of that tragic day in Manchester is ever present. To dull the pain, she lives only for pleasure. And she derives immense pleasure from co-leading the Mismatch Society, a league of scandalously independent women. Perhaps too scandalous…because of Annalee. To save the society, she must adopt a veneer of respectability. For that she needs the man who’s won the admiration of the ton.

Wayland may be conflicted, but he agrees to Annalee’s proposal, if only to atone for having brought his former beloved to Peterloo on that fateful day. Reunited under the pretense of a courtship, Wayland and Annalee find the feelings between them are becoming real. With their own futures at stake, it’s finally time to confront the past, to trust in each other again, and against the odds, to reclaim the love they once had.

PJ says: The first two books in this series have been brimming with sensual romance and deep emotion. I have a feeling this third one may be the most emotional yet. Christi Caldwell never disappoints.

After Dark with the Duke

The Palace of Rogues - Book 4 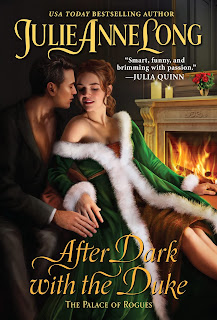 She arrives in the dead of night, a mob out for blood at her heels: Mariana Wylde, the “Harlot of Haywood Street,” an opera diva brought low by a duel fought for her favors. But the ladies of the Grand Palace on the Thames think they can make a silk purse from scandal: They’ll restore her reputation and share in her triumph...provided they can keep her apart from that other guest.

Coldly brilliant, fiercely honorable, General James Duncan Blackmore, the Duke of Valkirk, is revered, feared, desired...but nobody truly knows him. Until a clash with a fiery, vulnerable beauty who stands for everything he scorns lays him bare. It’s too clear the only cure for consuming desire is conquest, but their only chance at happiness could lead to their destruction.

The legendary duke never dreamed love would be his last battleground. Valkirk would lay down his life for Mariana, but his choice is stark: risk losing her forever, or do the one thing he vowed he never would...surrender.

PJ says: I've been reading Long since her debut. If she writes it, I buy it. I pre-ordered After Dark with the Duke in March. I'm currently at the midway point of an advance copy of the book and all I can say is that if the second half of this book is as good as the first it may well end up being one of my favorite JAL books and one of my favorite historical romances of 2021.

What historical romances being released between now and the end of 2021 are you most looking forward to reading?

One person who posts a comment before 11:00 PM, September 13 will receive a print copy of Scoundrel of My Heart by Lorraine Heath.

Email ThisBlogThis!Share to TwitterShare to FacebookShare to Pinterest
Labels: A Wanton for All Seasons, After Dark with the Duke, Amalie Howard, Birthday Giveaway, Christi Caldwell, Julie Anne Long, Lenora Bell, Lorraine Heath, Rules for Heiresses, The Devil's Own Duke, The Duchess Hunt