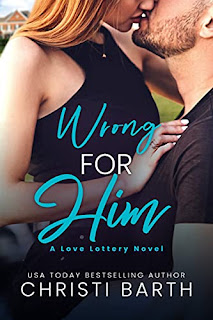 Amelia Kirkland’s been head-over-heels for Teague Sullivan forever. Not that she’s ever let him know—as her brother’s best friend, he’s officially off-limits. That’s even more true once they become partners in rehabbing a historic inn. She can’t risk what she’s building with her brother and her friends just to fulfill a lifelong crush. Can she?When Teague left the Special Forces, he didn’t know what would come next. Until his best friend, Alex, won an inn as a lottery prize and made him a partner. It’s his shot at getting everything he’s always wanted. Except for Alex’s beautiful sister. Amelia’s friendship was a lifeline while he was deployed, but that’s a line he can’t cross. He owes his friend too much to betray his trust. Now, though? Working and living with her every day? He wants more.If their secret romance is discovered, it could ruin everything before the inn has a chance. But does their one shot at happiness require them to break all the rules?
PJ's Thoughts:
This is the story I've been waiting for since book one and I'm happy to say it did not disappoint. Teague and Amelia are my favorite couple in what has been a very enjoyable series. Friends-to-Lovers is one of my favorite romance tropes and this one has many emotionally complex layers that bring it to another level. Not only is the fact that Teague has been Amelia's older brother's best friend since they were kids enough for him to keep his distance from Amelia but there are secrets in his past that he seeks to protect her from as well.
Amelia's brother has been more parent than sibling since their parents were killed in an accident when she was still a young girl. But she's an adult now and ready to fly on her own. If only she can convince her brother of that fact, especially when it comes to Teague. Amelia's feelings for him have been growing for years and when she and Teague end up sharing a cabin to conserve space at the Inn for guests, they both begin to realize just how strong - and real - those mutual feelings are. But are they real enough to risk the relationships of a lifetime?
This book gave me everything I look for in a romance. It's tender, emotional, humorous, and complex. I loved the witty banter and the evolving relationships among family and friends. I fell in love with a certain rescue pup. And I certainly enjoyed the sizzling chemistry that Amelia and Teague finally succumb to. I have a whole new appreciation for the term "hot shower!"
Wrong for Him concludes the Love Lottery trilogy. It can be read as a standalone but I think readers will enjoy it more if the three books are read in order.
Christi Barth's next offering is a contemporary, second-chance, Christmas romance scheduled to be released November 16. The Christmas Project has already been added to my holiday reading list.
Have you read any Christi Barth books?
Do you enjoy the sibling's best friend romance trope?
Birthday Giveaway #24:
One person who comments before 11:00 PM, September 26 will receive a package of books from PJ's home collection.
*U.S. only
*Must be 18
*Void where prohibited
Posted by pjpuppymom at 6:00 AM