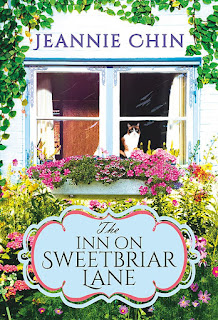 June Wu always has it all together—only now, she’s in over her head. Her family’s inn desperately needs guests, her mother’s medical debts are piling up, and the surly, if sexy, stranger next door is driving away the customers she has left! When he asks for June’s help, though, she can’t say no. After all, his new bar could be just what the upcoming Pumpkin Festival needs to bring in more tourists. But with the fierce attraction between them, will working together be playing with fire?Ex-soldier Clay Hawthorne prefers being on his own. He’s moved to Blue Cedar Falls for one reason—to carry out his best friend’s dream of opening a bar in the hometown he’ll now never return to. But the town’s business association is trying to stop Clay’s progress. June soon becomes his biggest supporter, and while their partnership is supposed to be only temporary, for the first time Clay wants something permanent—with June. Can two total opposites really learn to meet each other in the middle?
PJ's Thoughts:
This is a solid start to Jeannie Chin's Blue Cedar Falls series. It's a small-town contemporary romance with charm, heart, and intriguing characters but it doesn't stop there. Chin has added complexity and emotional depth to the story, exploring some weighty topics and the impact they have on the lives of her characters.
Chin has placed Asian representation front and center in this book. I especially enjoyed the dynamics of the Wu family and how they influenced June's actions and motivations throughout the course of the book. She's a flawed character I didn't always agree with but I never doubted her love for her family or her desire to protect them. As her layers - and her past - were revealed, the reasons for her fierce control and determination became more clear and understandable.  As she began to understand, and accept, the effects of her actions her character became more sympathetic. By the time the end of the book rolled around, I was convinced that the Wu family - and June and Clay - would all be moving forward with a new appreciation and understanding of one another.
Clay is also a flawed character, with PTSD and guilt that run deep. Again, the author did a good job of exploring that aspect of his character, with gradual healing and assimilation that was both realistic and believable. I enjoyed watching him slowly open up to the military friends he had ghosted and especially enjoyed his slowly evolving friendship with Han, over dinners at the local Chinese restaurant Han's family owns (adding here that I hope we learn more about Han's history with June's sister in a future book!)
I enjoyed the friction and frisky banter between Clay and June as well as the sizzling chemistry that flared whenever they were together. But I also appreciated the fact that time was taken to explore the emotional pitfalls on the way to their happy ending. There are thought-provoking layers to both their characters and their journey.
The secondary cast adds humor, depth, and potential for future stories in this series. There are already numerous characters, including June's two sisters, and Han, whose stories I am eager to read. Not to mention a certain grumpy feline social media star I wouldn't mind seeing more of. There's also a poignant, complex, and affirming secondary romance between June's best friend, Bobbi and Bobbi's girlfriend, Caitlin that explores coming out to one's parents, dodging parental matchmaking (with numerous eligible men) when you're gay, and finding the courage, self-confidence, and acceptance to finally be your true self. I loved the sweetness, respect, and emotional support between these two women. They made my heart happy.
If you enjoy small-town contemporary romance with a strong sense of community, solid representation, heart-tugging romance, complex emotion, and hard-won happy endings, give this one a try. I'm already looking forward to my next visit to Jeannie Chin's Blue Cedar Falls.
Birthday Giveaway #30:
Does your pet have what it takes to be a social media star?
Do you watch cat/dog/other animal videos online? What's your favorite social media account for animal videos?
One person who posts a comment before 11:00 PM, October 2 will receive a $15 Amazon U.S. e-gift card.
*If the winner is international and does not have access to Amazon U.S., I will substitute books of your choice from bookdepository.com, value not to exceed $15 U.S.
*Must be 18
*Void where prohibited
Thanks so much for celebrating my milestone birthday month with me. I hope you've had as much fun as I have!
Posted by pjpuppymom at 6:00 AM