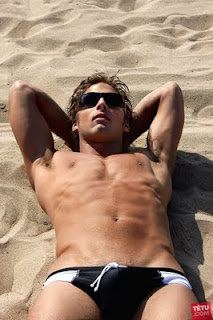 Kicking off this week's Bandit Invasion are Donna MacMeans, Jo Lewis-Robertson, Kate Carlisle and Joan Kayse.  They've chosen the lovely photo at the left for inspiration.  I can't wait to see what they've written.  I know I certainly find him...uh...it... inspiring.  In a purely artistic way, of course.  (grin)   Each of the authors has written a vignette based on today's photo but they've left them short a line or two. Your mission is to finish the vignettes. Be serious, humorous, sweet or spicy...whatever direction your inspiration takes you. Just have fun!  One lucky commenter will win a prize package containing a signed copy of Seduction of a Duke by Donna MacMeans, a long-sleeved Romance Bandits tee shirt, a Romance Bandits magnet and post-it pad, a signed copy of If Books Could Kill by Kate Carlisle and Scottish shortbread. 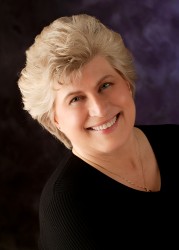 Our first vignette today is from Donna MacMeans. This award-winning romance author has been publishing witty and seductive historicals with a late Victorian setting since 2007. She’s also a CPA, which involves books of a whole different nature. Her latest, The Seduction of a Duke, was released in April 2009. She also has a short story in The Tails of Love anthology, the author proceeds of which go an AAF animal shelter.

Lord Pemberton rose from wispy fog. What the hell? He remembered the crack of gunshot, the scream of his horse, then….

“Not hell.” A white-haired man studied a ledger. “Though it’s a wonder why not. Blasphemy...drunkenness…gambling”—he peered over his glasses – “I won’t even begin about the women.”

“Who are you?” Pemberton demanded. “Where’s Titan?” “Your stallion is fine. You, however, are dead. Now, where to send you.”

“I don’t understand it myself,” the man said. “Of course, there’s the generous dowry you provided for that orphan and the charity given to your tenants.”

“We know everything. Still you can’t stay here.” He glanced overhead and chuckled. “Yes. They could teach him a thing or two.”

“God found you a placement. You’ll be expected to service and provide for twenty very special women. It can be demanding work.”

Pemberton’s clothes disintegrated, replaced by something that barely covered his privates. Shades appeared on his nose. He started falling…falling…till warm sand pressed his back. A voice from the heavens called out…

”Watch out for the one with a riding crop…”


Riding crop?  I can't wait to find out what happens next!  It's all in your hands now.  Finish Donna's vignette with a line or two (or more) and you could be one of today's winners. 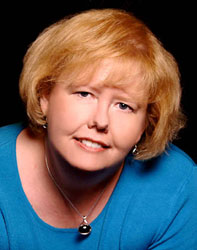 Our second vignette is from Joan Kayse, a writer of historical and paranormal romance.  Joan's historical manuscripts have been finalists in many prestigious contests, including the 2006 Golden Heart.    Her manuscript of The Patrician's Fortune took home the grand prize in NOLA's The Suzannah, a multi-sub-genre contest and placed first in the 2009 Fire & Ice contest sponsored by Chicago North.  Joanie is also known for her ongoing love affair with PJ's chocolate turtles.

Dav forced his muscles to relax, maintain the pose of a relaxed vacationer on the Isle planet’s premier beach resort. But he still hated sand. Had ever since his two year incarceration on the desert asteroid of Saudu. He hated the Prima Council too. Bastards had disavowed any knowledge of their best operative and left him to rot in that stinking hole. Which begged the question, why in the hell was he working for them again?

He took a steadying breath, worked the answer out again in his head. Because he wanted to bring them down. He had skills they needed, like it or not. Skills that this particular mission required and he intended to use them and cut the Council off at the knees.

A splash from the water drew Dav’s attention. He sent out a wave of probing energy which shot back at him like a cannon. He raised up on one elbow and peered over the edge of his sun guards. A tall, lithe woman strolled out of the water.

Stark naked save for some strategically placed kelp, her skin sparkled like diamonds. Rich chestnut hair swirled in tangled curls down her shoulders while cool aquamarine eyes scanned the area coming to rest on him.

Dav pulled the sun guards off and studied her at his leisure. Curves that would not quit, long, sculpted legs—with gossamer fins trailing along her calves. She raised one finely arched brow in a look both question and challenge. Find the Mermaid Queen had been his directive.

I have the feeling this is one woman who's going to give as good as she gets.  I can't wait to find out how y'all finish this one!

Bright. Ha, I can stare at it a long time through the shades though.

Rex blinks furiously and gazes down at his toes.

Oops! Tenting down below.

He sits up, shifting discreetly, and brushes the sand off his six-pack. He runs his fingers through his jelled hair and frowns.

He stares at the white glare of beach. An old man builds sand castles to his left. A bum in beachcombers pokes in the sand with a metal detector.

Rex stands and flexes his muscles, admiring the ripple of muscle under the liquid gold tan. A movement catches his attention.

Hubba, hubba, look at that, will you?

A leggy blonde with a wide smile lingers at the edge of the water. She slips off her bikini top and tosses it over her shoulder.

Hey, this ain’t no topless beach.

Sounds like some surprises are in store for our boy, Rex. What do you suppose happens next? It's all up to you! 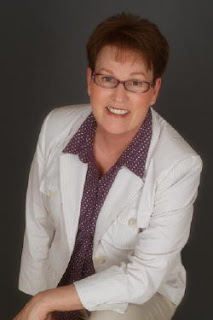 Jo Robertson loves writing mystery-suspense stories with enough romance to ratchet up the stakes for her hero and heroine. A retired school teacher and the mother of seven children, she has plenty of drama in her own life to spur her imagination and add color and conflict to her stories.  You can learn more about Jo at her website.

Due to unforeseen circumstances, Kate is unable to be here today. We hope that she will be able to join us later in the week. 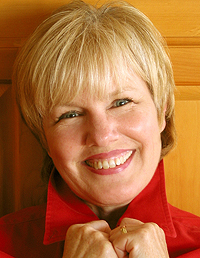 Golden Heart and Daphne du Maurier Award winning author Kate Carlisle spent over twenty years working in television production as an Associate Director for game and variety shows, including The Midnight Special, Solid Gold and The Gong Show. She also studied acting and singing, toiled in vineyards, collected books, joined a commune, sold fried chicken, modeled spring fashions and worked for a cruise ship line, but it was the year she spent in law school that finally drove her to begin writing fiction. It seemed the safest way to kill off her professors. Kate's first book, Homicide in Hardcover: A Bibliophile Mystery hit the New York Times Bestseller List. The second book in her Bibliophile Mystery series, If Books Could Kill, will be released February 2, 2010.
Posted by pjpuppymom at 12:55 AM