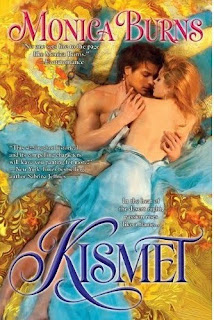 Allegra Synnford is a woman who controls her own destiny. Forging her own destiny by surviving her circumstances is a lesson Allegra learned at a very young age when her mother sold her to a brothel. Adapting to every situation placed in her path, Allegra is a much sought after courtesan who is known to choose her lovers. Taking a much needed break from the crush of London, Allegra and her maid travel to Morocco to attend the wedding of a good friend. Upon arriving in Morocco, Allegra’s attention is immediately transfixed on a beautiful horse, which soon wreaks havoc on the patrons of the train station as it bucks the holds of its handler. Caught in the middle of the situation and bound to be trampled to death, Allegra is pulled to safety by a mysterious sheikh-like man. Allegra’s reaction to the man is instantaneous.

“A rush of heat warmed her skin at the intensity of the look in his hooded gaze. She was accustomed to being in the presence of powerful men, but never one such as this. This man possessed a raw, savage mystique about him that sent her heart skidding along at breakneck speed.”

Sheikh Shaheen of the Amazigh is a man who has been hiding for years. Betrayed by a woman he believed he loved and devastated by the death of his brother, Viscount Newcastle fled his homeland of England for the deserts of Morocco. After fifteen years in Morocco, Shaheen feels he has finally put his past in the past. That is until kismet intervenes and a beautiful English rose seems to appear everywhere. Trying to get past the feelings churning in his head, his heart, and other areas of his body, Shaheen believes he can gratify his desire for Allegra in one evening and then be done with her. But when his overture is spurned by Allegra, Shaheen’s interest is multiplied ten-fold. Captivated by a woman in control, Shaheen redoubles his efforts to catch Allegra. However, Shaheen does not expect old enemies to rear their ugly heads just as he finds himself fully engulfed in his desires for Allegra.

While I thoroughly enjoy reading novels set in England, I was quite happy with a more exotic setting for a historical romance. It’s nice to see and feel something different. Ms. Burns pulls the reader into the sights, sounds, and smells of Morocco. I felt like I was right there. Seeing everything happen. Smelling all the spices. Hearing the unique sounds of the language. It is wonderful! The assaults on my senses had me reminiscing about my own Middle East travels.

As I have mentioned in previous reviews, I love a strong heroine. I do believe Allegra is the strongest one I have read. She is a woman in control. A woman dependent on no one but herself. A woman not afraid to go toe to toe with any man under any circumstance. A woman who has endured much in her lifetime. Even though she is a force to be reckoned with, she is also a woman who deeply desires to be loved for her inner person and not her courtesan tricks. I thoroughly enjoyed watching her best Shaheen in their confrontations (I laughed so hard at the banana scene – great writing Ms. Burns!). And I absolutely loved the fact that Shaheen enjoys sparing with a smart, formidable woman. But as much as I enjoy all of that, I also enjoy getting to see the softer side of Shaheen and Allegra, to witness the depth of their love and affection for each other.

"The compassion on her face was mixed with another emotion he couldn't name. The sight of it warmed him more than he wanted to admit. Even now, as he struggled to come to grips with the emotions barreling through him, he was moved by her."

All in all, this book is a sweet morsel just waiting for you to devour it. I hope you search it out, read it, and love it. I sure did!