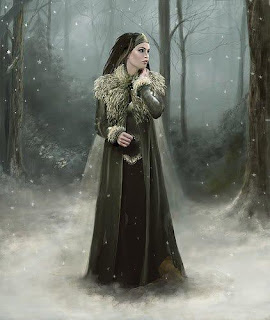 Yesterday's vignettes and finishes were terrific! I'm still chuckling over the 20 virgins, unexplained explosions, riding crops and nose holding while plunging. I can hardly wait to see what y'all come up with next!

Today we welcome Loucinda McGary, Trish Milburn, Christine Wells and Beth Andrews! These ladies have written some great vignettes about the picture above, titled "Lady in the Woods." Now all you have to do is finish any (or all) of the vignettes with one or more lines and you could be the winner of today's terrific prize package: signed copies of A Firefighter in the Family, Wicked Little Game, The Wild Sight and His Secret Agenda.  Let's put our imaginations to work! 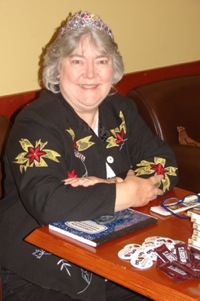 Our first vignette today is by Loucinda McGary, affectionately known in the Bandit Lair as "Aunty Cindy." She's the author of romantic suspense novels featuring sexy Irish heroes and set in fascinating foreign locales. Which makes sense when you discover that she's visited (at last count) 47 states and 25 foreign countries. Her most recent release, The Treasures of Venice, is set in, appropriately, Venice, Italy. Her next book, The Wild Irish Sea, takes us back to Ireland and will be published in July of this year.

Can this possibly get any worse? I mean what moron schedules a Ren Faire in the middle of January? Probably the same one who designed this fur coat with no buttons. DUH!

At least I was smart enough to put thermal long-johns on under this velvet gown. Authenticity be damned! I am not freezing my ass off any worse than I have to.

If I didn’t need the money, I’d have never signed on for this gig. But unemployment benefits don’t go very far, and they definitely don’t last forever. Besides, working this Ren Faire was supposed to be all cash under the table. A nice little bonus just when I needed it most.

Only where is that slimy promoter? I saw him sneaking off into these trees, that’s why I followed him. Not my fault the crowd didn’t show up in this freezing weather. A deal’s a deal, and I want my money. I know the little weasel’s around here somewhere, even if I can’t see his tracks.

Christine Wells writes historical romance for Berkley Sensation. Her debut book, THE DANGEROUS DUKE, was a 2009 RITA award finalist. WICKED LITTLE GAME, a RT Magazine nominee for "Best Sensual Historical Romance of 2009" is in stores now and SWEETEST LITTLE SIN (Louisa and Jardine's story) will be released on May 4, 2010.

The copse Louisa entered was shady, silent and still save for the twigs and leaves that snapped and crunched underfoot. It was cooler here, with the thickly wooded forest blocking all but a light dapple of sun.

Louisa gathered her skirts to step over a tree root that cut across the path. She looked up and nearly stumbled.

Standing in a clearing at the heart of the wood was Jardine.

They stared at one another for long moments, and under his penetrating, assessing gaze any modicum of peace she’d achieved in the past weeks shattered.

He moved toward her, sleek and lethal. “Well met, Louisa.”

Louisa willed herself not to step back, to hold his gaze while he stalked her, circled her like a panther toying with its prey. She forced herself not to turn when he halted behind her, murmured in her ear… 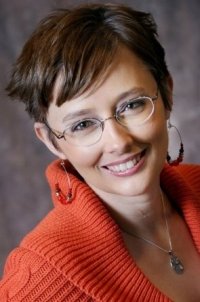 Trish Milburn writes romance for Harlequin American under her own name and young adult novels under the name Tricia Mills for Razorbill. She reviews young adult releases here at The Romance Dish on the 10th of each month. For more information about Trish and her books (including The Family Man, out in March), visit her website.

Yvette stopped in the clearing and listened. But it was as if the snow had not only covered the ground, but had also dampened all sound. No scurrying of woodland creatures, no squawk of disturbed birds, no stamp of large animals greeted her ears. Though the moon behind the clouds shed only the faintest light, it was enough for Yvette to tell that the only tracks in the clearing were her own.

She had always loved walking in this forest -- the one place where she could get away from the cacophony that was her everyday existence. She loved the peace it exuded. But tonight it was too quiet, too empty. She shivered beneath the fur-lined cloak. She’d been a fool to agree to meet him here. What if everything Sofia had told her was true? Suddenly feeling profoundly alone, she turned to retrace her steps. She froze at the sight of what stood in her path. 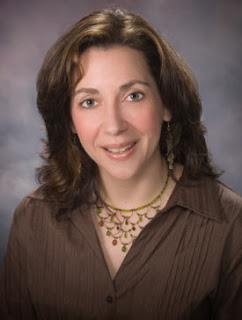 Beth Andrews wishes she could cast a spell that would enable the many stories in her head to simply appear on her computer screen without all the procrastination, chocolate and copious amounts of coffee usually needed. Until then, she’ll keep typing because to her, there are no words more magical than The End. HIS SECRET AGENDA, Beth’s latest book for Harlequin Superromance was out in October. Her next release, DO YOU TAKE THIS COP? is out in May. Check out her website for more information!

She stepped into the clearing, the gold plated heels of her beloved Jimmy Choo black leather boots sinking into the damp earth. Snow fell softly, the fat flakes swirling around her, glistening in the moonlight streaking through the bare-limbed trees. Skin tingling with excitement she exhaled heavily, her breath forming a shimmery cloud before disappearing.

Tipping her face up, she shut her eyes. A cold breeze lifted the ends of her hair. Silence, absolute stillness surrounded her. This place, this spot, was the one she’d been searching for.

A triumphant smile curved her lips as her eyes opened. It was the perfect spot.

Though her eagerness pushed at her to rush, she worked carefully, methodically as she cast her circle. There could be no mistakes. Not tonight. Not when she was so close to getting what she wanted.

Once the circle was complete, she recited the spell guaranteed to bring her what her heart desired most…
Posted by pjpuppymom at 12:01 AM